The bitcoin price is beginning a reversal pattern to the $700 level, where a congestion area should reinforce quotes for another climb to $820.

Bitcoin Price Analysis: Get Ready for the Bull Run 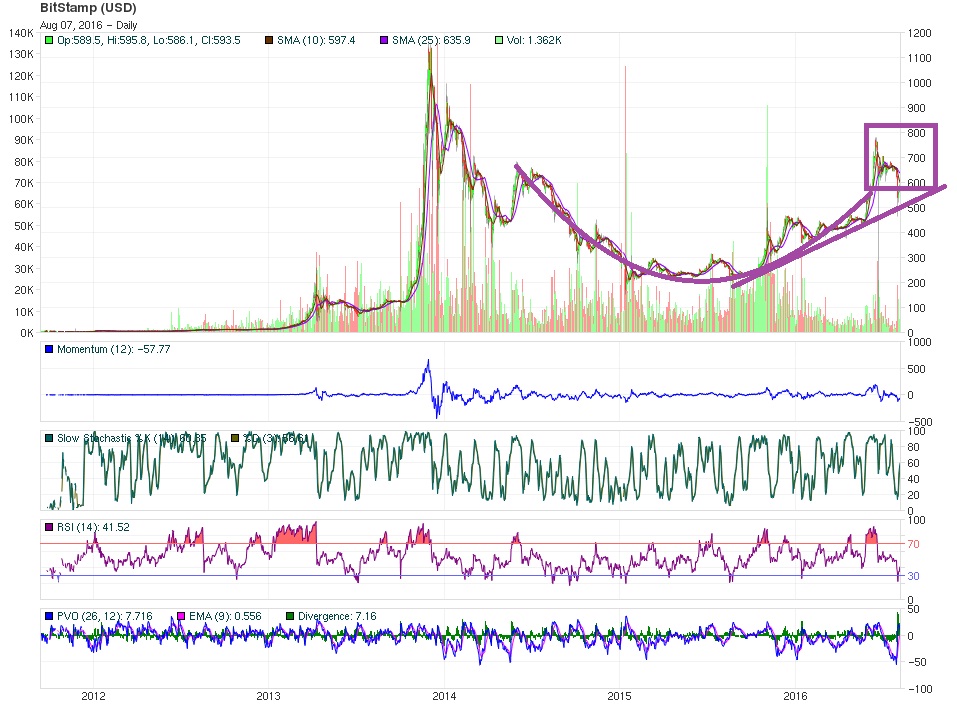 Now at the $580 support level, prices are starting to form an upward reversal pattern, which will allow pull back to $700, extended to Fibonacci’s technical objective at $820.

The current trading box we are considering was built according to the ended rounded bottom first pattern with the 38 percent and 62 percent Fibonacci retracement theory – it seems to be working so far. The next stage could be an upward rally into the new technical cycle. 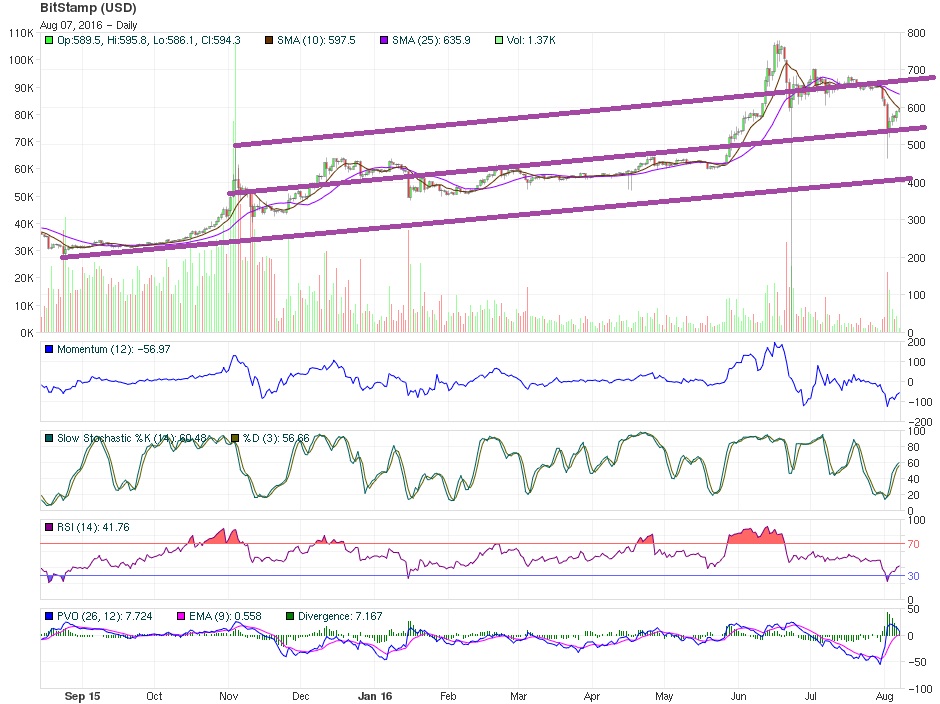 Now, after a plunge to the support at $580-$600, a new bullish consensus is expected to provide the concurrent elements that ensure a change in the current trend. Main support took place, and volume reflects intense buying activity at $580.

However, round numbers theory indicates that while big players are make their marketplace at this level, the average traders should wait for quotes to reach $600 before buying. Doing so will allow them to take advantage of the initial rebound to $700, which should lead into a new bull cycle to $820, where the box resistance is still waiting on the quotes. 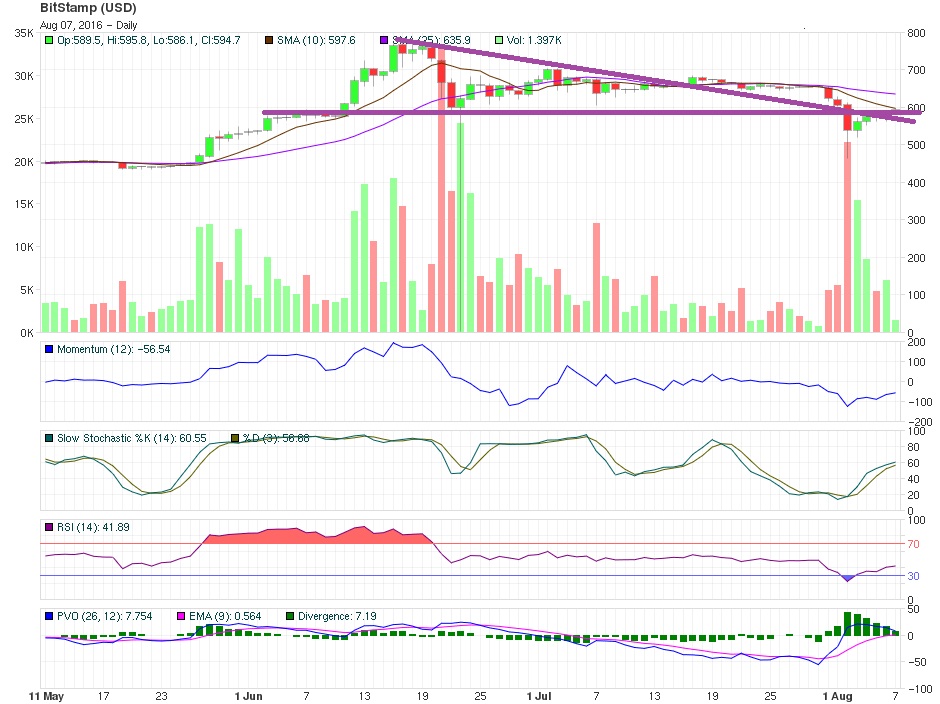 Japanese Candlestick analysis indicates that the market has changed for good, and the quotes are going up to the intermediate congestion area at $700 on the way to $820, perhaps in a rally mode.

The oscillators left the oversold zone far after the bitcoin price plunged, and they could be recovering strength, crossing each other to reinforce the rebound momentum from $580-$600 to the $700 level. From there, the bitcoin price should to go to $820 as a new bull run ensues.

What do you think will happen to the bitcoin price? Will it go all the way to $820? Let us know in the comments below.