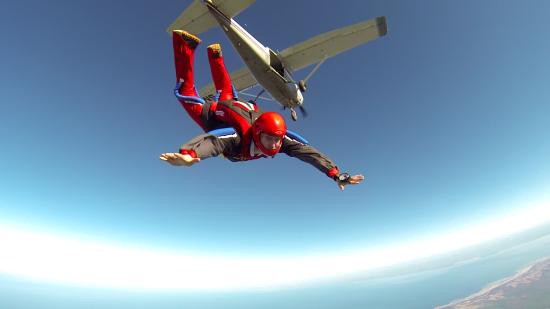 The crypto dump has affected the majority of the digital assets in the space and the indexes have felt the heat of this crash. Prices were down all across the board last week when the market turned red with Bitcoin losing over $10K off its value. The crypto cap indexes have suffered losses that go into the double-digit percentile, marking a red week for the market.

Although sentiments are picking back up across the market, cryptocurrencies are still struggling to regain their lost value. November came and went with a bullish streak but December has kicked off with a mean streak.

Only one week into December, the crypto cap indexes are already feeling the heat of what is turning out to be a bearish month for the space. All indexes suffered multi-digit crashes as investors sold off their holdings. From Small to Large Cap indexes, negative returns have been the order of the day for the first week of December.

In November, the Small Cap Index did quite well, as reported by Arcane Research. However, the indexes are beginning to shed all of the progress made in the previous month. Small Cap Index made the highest return in November but has done a complete 180 in December as it sees the most losses for the first week of the month. The Small Cap Index recorded an 18% MTD return, proving once more to be the most volatile of all the crypto indexes. 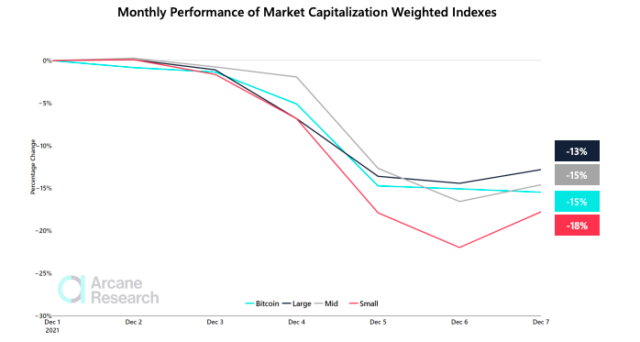 The Large Cap Index fared better compared to the rest of the indexes but still recorded double-digit losses for the week. Its 13% loss was mitigated by Ethereum which has maintained momentum despite the broader market suffering dips. The ETHBTC is now trading at a three-year high and Ethereum has clinched more market share, climbing 1.46% for the week.

Mid Cap and Bitcoin Indexes both returned losses for the same time period. Bitcoin’s performance remained in line with the market. However, the index returned a 15% loss for the week, an identical percentage to that of the Mid Cap Index.

In the last week, the crypto market has seen some intense liquidations. The worse hit had been bitcoin which shot down about 10% amid a liquidation frenzy. The weekend price dips saw a lot of future positions due to low liquidity and high selling pressure in the spot market. After the first round of liquidations was carried out, it triggered a domino effect that caused even more liquidations to follow.

This drove the price down below $42,000, representing about a $10K loss in value in the same time period. The market has since begun to recover since then but some of the effects of the liquidations continue to linger as bitcoin struggles to find its footing above $50,000 once more.