Our team at Bitcoinist hopes you’ve had a great start to your 2022. Sports and crypto continue to collide, and we look forward to continuing to provide you with a weekly ‘slice’ of the action every Sunday with The Sports Slice.

Despite the holiday week leading to slower-than-usual headlines, there’s always some great action to cover. As we look forward to a busy 2022’s worth of sports and crypto craziness, let’s dive into the first Sports Slice of the year:

Ferrari and Swiss-based Velas Network are teaming up for a multi-year deal, as Bitcoinist reported on earlier in the week. The deal will include work with Ferrari’s Formula 1 racing team as well as Ferrari’s title sponsor rights in the Ferrari Esports Series. Other premium auto brands, like Porsche, have explored with the space, but few have taken on long-term partnerships. Expect NFTs to be at the forefront of the partnership.

Former Chelsea footballer John Terry made his career as a premier center-back for the historic club, as well as England’s national team, and more recently as an assistant coach for club Aston Villa. In December, Terry purchased a Bored Ape, and within the past week Terry doubled down with a new partnership with ‘The Ape Kids Collection.’ The project aims to create NFTs with a roadmap and storyline that appeal to a younger audience, and has donated to youth-based charities and initiatives with project proceeds.

We talk quite a bit about the emergence of competitive esports, and gaming companies role in crypto and blockchain growth in the broader world quite a bit. So, we find it fitting to include esports and gaming within each week’s Sports Slice.

Despite clear connections, gaming consumers have been particularly reluctant to embrace crypto and blockchain integrations. That’s led to quite a bit of back-and-forth within companies who want to be ‘cutting edge’ while still appeasing the everyday customer. By now, most major gaming publishing companies have at least made a public statement – if not taken an all-out stance on the matter.

In April, reports emerged that legacy gaming company Sega would be supportive of NFTs, however reports throughout the past week have stated that Sega is seemingly re-evaluating the stance – and remaining somewhat noncommittal. Sega has recently commented that the firm is “exploring” NFTs, but will only engage if the values align with the company mission.

Meanwhile, another legacy video game firm, Square Enix, made an initial stance this week as well. The Japanese studio created the likes of Final Fantasy and Kingdom Hearts, and has shown willingness to engage with both NFTs and the likes of play-to-earn. We took a deeper dive into Square Enix’ statement in this weekend’s NFTs In A Nutshell.

Buried deep in the crypto headlines in recent weeks has been the emerging story of ‘WAGMI United,’ a group of crypto investors dead-set on purchasing a football club. WAGMI United reportedly brought a bid to European club Bradford City AFC on December 17th that was rejected. After numerous reports continuing to emerge around the matter, Bradford City chairman Stefan Rupp released a statement that the club would exploring a suit for damages. 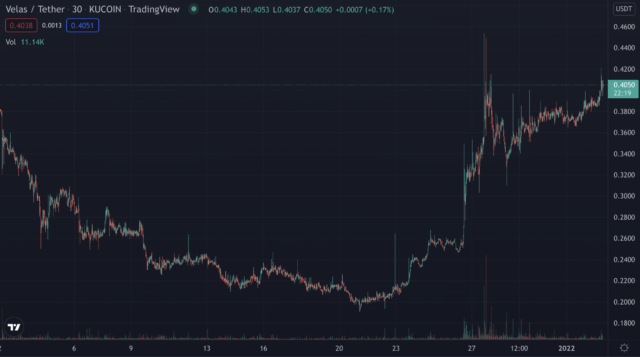 NASCAR’s Brandon Brown has made a name for himself as the face of ‘Let’s Go Brandon,’ the latest phrase in political banter – and despite Brown’s recent rounds of interviews where he has seemingly sought to distance himself from the phrase, Brown’s team announced a new partnership with the ‘Let’s Go Brandon Coin’ this week.

However, the racing league has reported that they are still reviewing the sponsorship. Brown’s camp has stated that the sponsorship is approved but is just pending small graphics changes. NASCAR president Steve Phelps has previously said that “We do not want to associate ourselves with politics, the left or the right.”