It’s a Super Bowl-sized Sports Slice this week, as the intersection of sports and crypto continues to grow. We’ll have separate coverage detailing crypto engagement during Super Bowl Sunday, but in the meantime, let’s cover all of the past week’s action in sports and crypto.

We saw a once-of-a-kind sports sponsorship deal, Crypto.com is hitting the streets, and FTX is getting into collegiate NIL deals. Let’s recap the past seven days of sports and crypto crossovers.

We’ve seen a wide variety of sports sponsorships across the biggest four sports leagues in the U.S. over the past year. However, this past week, we found a new “first,” courtesy of Terra Luna. The blockchain, widely considered a relatively decentralized option relative to other top 10 chains (and operator of arguably the leading decentralized stablecoin, UST) sealed it’s first sports sponsorship deal with MLB’s Washington Nationals.

It’s the first time we’ve seen a DAO governance proposal to secure a sponsorship of this stature. Terra holders voted to approve the proposal, and days later, Terra announced the partner. The move is also substantial because of it’s proximity to lawmakers operations in Washington, DC. Terra will have a variety of assets around the baseball venue, and there’s chatter of the team accepting cryptocurrency payments in the near future. Should the Nationals accept Terra’s UST stablecoin, it would be far and away the first major pillar of UST adoption for the blockchain, and a major stride for the Terra team as they look to grow utilization beyond the saturated use of Anchor Protocol.

Name, image and likeness legislation across a variety of U.S. states is less than a year old, but that’s not slowing the always aggressive FTX from staying busy. The exchange is partnering with Florida State softball, it’s latest NIL maneuver after previously finding deals with the UCLA women’s basketball team. The moves showcase FTX’s growing initiatives to gain ground in women’s sport sponsorship. FSU is not able to offer team-wide deals, so FTX offered each individual player a sponsorship offer.

Meanwhile, Kansas Athletics announced this past week a deal with white-label NFT solution Mercury. NIL deals, from crypto and beyond, continue to hit the market as sponsors explore value.

Crypto.com has been making a splash in the past year with headline-bursting sponsorship deals in sport, and the exchange is back at it again this past week. Crypto.com has secured a deal with Formula 1’s Miami GP as an official title partner. F1 racing has been booming in the states, spurred by Netflix’s ‘Drive To Survive’ series.

We were on-site at Phoenix, Arizona’s Waste Management Open this weekend – widely considered the PGA Tour’s ‘party’ event, a unique spectacle in the sport. Hole 16 is undoubtedly the ‘rowdiest’ hole in the sport, with fans lining up outside as early as 5AM to get a seat at the par 3 hole. PGA Tour golfer Joel Dahman made golfing headlines on hole 16 for taking his shirt off after scoring a birdie.

Dahman made other moves this past week, though, signing a deal with Crypto Country Club (CCC), an Austin-based NFT project “country club atmosphere” that’s all about golf and crypto. It’s the latest project in the space, joining growing projects such as the noteworthy LinksDAO project – which has attracted golf fanatics like NBA athlete Steph Curry. 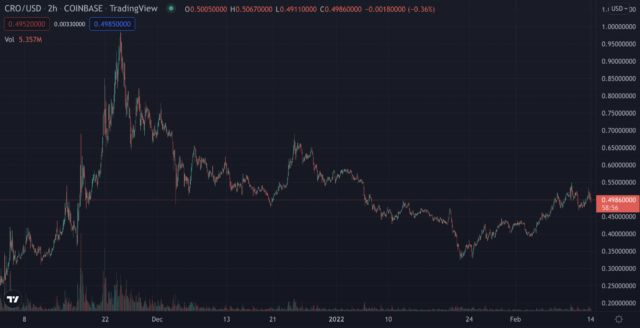 Former Manchester United stars Gary Neville and Paul Scholes are launching a sports-focused DAO, according to reports this past week. CO92, which will be the name of the DAO, will “focus primarily on strategic investments that belong to soccer-related firms and projects,” according to emerging reports that hit the newswire in recent days.

Sports-focused DAOs have had limited success, albeit buy-in not typically from stars this substantial. While details remain limited, it will be interesting to see what Neville and Scholes can generate in this space.

All-Star NFTs For The NBA In Cleveland

The NBA’s All-Star Game represents a middle-point in the league’s season, bringing together some of the NBA’s brightest stars for a variety of tailored events. This year, hosted in Cleveland, the All-Star Game court has been revealed, and the league will be releasing commemorative NFTs that are digital representations of several different historic All-Star Game courts in previous years.