Crypto is about to enjoy massive adoption in Brazil.

The south American nation, through its Chamber of Deputies, has successfully passed a legal measure that will make the use of cryptocurrencies as payment for goods and services legal within the bounds of the country.

The document pertaining to this newly approved law was signed under the specific code PL4401/2021, which states that virtual currencies and airline “miles” are to be considered as viable payment agreements and will be under the watch of the nation’s central bank.

As point of clarification, asset types such as the Bitcoin and popular altcoins like Ethereum are just granted the status as “legal payment option” and not as legal tender.

Still, this is considered to be a huge step for Brazil’s adoption of cryptocurrencies which are dubbed by some enthusiasts and faithful investors as the “future of world finance.”

BitStarz Player Lands $2,459,124 Record Win! Could you be next big winner?
570% up to 12 BTC + 300 Free Spins for new players & 1 BTC in bonuses every day, only at Wild.io. Play Now!
Related Reading: US-Based Exchange Bitfront To Shut Down As Crypto Winter Shows No Signs Of Thawing

Potential Reasons Behind The Decision

According to a report released by Triple A, there are about 16 million (representing 7.8% of total population) Brazilians that own cryptocurrency.

The likes of Binance, Coinbase and Crypto.com consider the fifth largest country in the world as Latin America’s main market for the current year.

Stablecoins, particularly Tether (USDT), are popular among citizens as they accounted for $11.4 billion in traded value between January and November 2021, three times bigger than what was tallied in 2020. 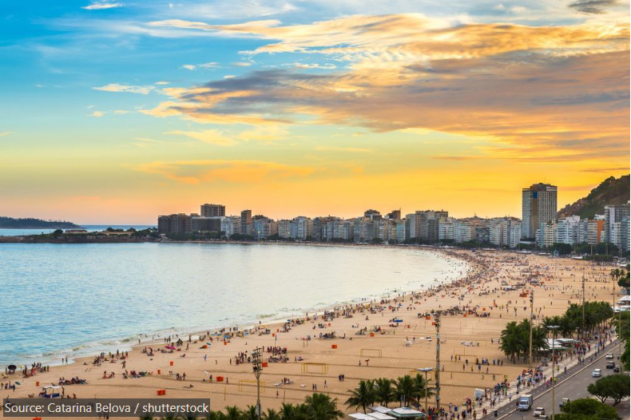 In terms of acquired assets, Tether topped the list as $9.7 billion worth of it was purchased by Brazilians from January to November of last year. USDC came in second with $1.6 billion while DAI was third with $12.9 million. Rounding up the list was TrueUSD (TUSD) which accounted for $5.6 million.

These data earlier suggested that digital currencies are becoming mainstream in the country and it was only a matter of time before they end up being legally recognized as a means for payment.

True enough, Brazil’s Chamber of Deputies made that happen and although the country continues to veer away from the idea of making Bitcoin a legal tender in its territory, it certainly did the next best thing.

Brazil Caters To The Needs of Investors

As far as crypto regulation and adoption among investors are concerned, Brazil has already made a lot of efforts to advance in those fields.

In fact, major banks and brokers in the country allow their clients to have some sort of exposure to cryptocurrency-related investments and are offering services such as token custody or offerings.

As of this time, Itau, a prominent private bank in Brazil, is working on tokenized assets that it hopes to offer soon for its investors.

It is hoped that with this development, the use of bitcoin in the country will be subjected to more regulations to assure safe exposure for residents to avoid the usual problems involving the asset class.