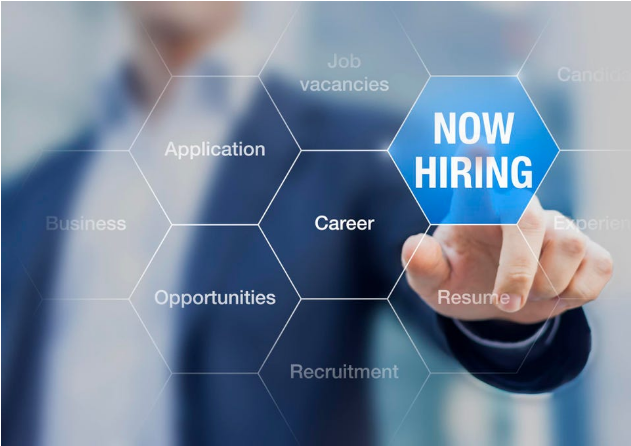 The weakening crypto market and contagion among companies as a result of the implosion of the Terra ecosystem in mid-May and the unexpected collapse of FTX last month have had a significant impact on the industry’s headcount, which is perhaps its most important asset.

In the previous two months, a large number of people lost their jobs.  According to media sources and press announcements, as of July 21, 2022, an estimated 3,726 jobs have been vacated.

The layoffs have taken a significant toll on employee morale and have damaged the foundations of certain corporate giants.

Despite a crypto winter and a dramatic decline in prices, crypto-related employment continues to thrive and attract competent candidates. 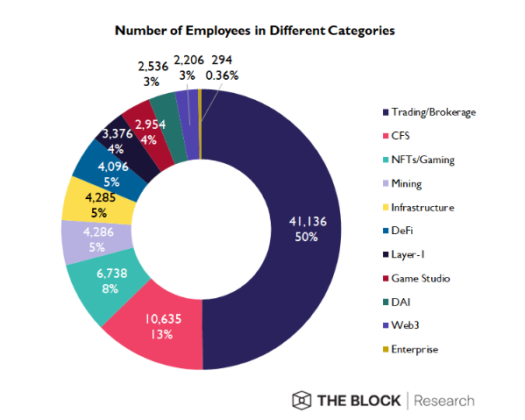 The booming digital assets sector has produced thousands of employment opportunities for people everywhere. The industry has sought qualified candidates for employment in blockchain, NFT, Web3, metaverse, Infotech, software design, crypto trading and mining, and data analysis, among others.

The employment landscape analysis conducted by Block Research reveals that trade and brokerage account for the biggest proportion with 50%, or 41,136 jobs.

TripleA, a blockchain company based in Singapore, estimates that as of 2022, the global crypto ownership rate rose approximately 4.2%, with over 320 million users globally.

Previous studies have shown that as more people adopt crypto, employment opportunities also rise. In other words, the two are correlated.

In the coming years, more employment possibilities will likely become available, and the sector will account for a significant portion of the labor market, according to Block’s researchers.

Meanwhile, an article published by GDA Capital shows the great majority of crypto-related jobs were established immediately following the 2017 surge.

Between September 2015 and September 2019, the proportion of such jobs in the mainstream economy increased by an astounding 1,457%.

Interestingly, despite the slump in the non-fungible token industry, the sector accounted for 8% of 6,738 jobs, the third biggest percentage.

Since December 2021, more jobs relating to NFTs have been posted, according to GlobalData statistics.

According to the Jobs Analytics database maintained by GlobalData during the course of the last six months, the number of NFT-related positions up for application increased by 127%, from 172 in December 2021 to 390 in March 2022.

In terms of major employers, bitcoin exchanges dominate the business, with Binance leading the pack with 7,300 workers, followed by Coinbase with 5,000.

“With a noticeable growth in user adoption, a number of firms, and cash infusion in the industry, it becomes imperative that more employment opportunities will be generated to cater to the growing demands of the current operating market,” the Block research said.