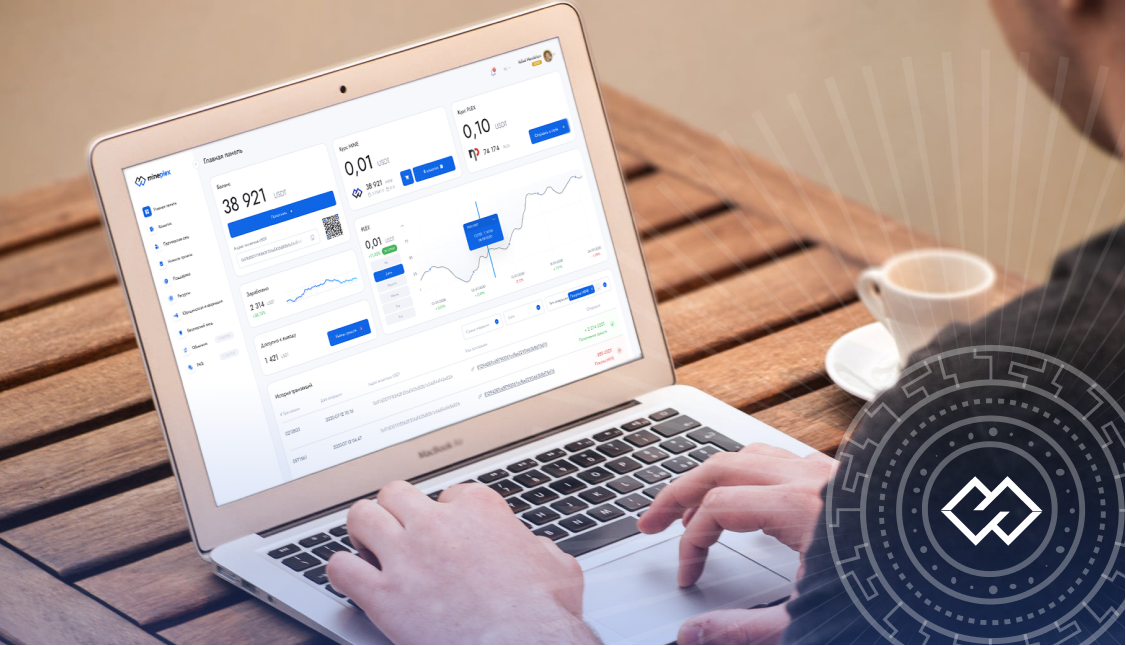 Cryptocurrency-fiat simbiosis: How MinePlex created a bank of the future

As recently as a few months ago, in summer 2020, the world has seen the DeFi boom. The tokens of the projects in the field of decentralized finances demonstrated six-figure returns. One example is YFI, the price of which has grown 130000% in one month. But this hype is already a part of history. The market sees a continuous correction, and the YFI has dropped in price by more than one-third from its peak.

Most of the DeFi projects are based on the Ethereum blockchain. Its scalability issues led to high commissions per transaction that resulted in low efficiency for this industry. For example, on December 17, the commission per transaction on the decentralized exchange Uniswap reached a level of $80. It is simply not profitable to execute orders with such commissions.

This being said, the industry has already welcomed a new decentralized instrument that combines the stability and liquidity of traditional financial instruments with the security and transparency of blockchain technology, CrossFi. This instrument is based on the LPoS (Liquid Proof of Stake) consensus algorithm that has several benefits, in comparison to DeFi:

Among other key benefits of CrossFI there are its deflationary mechanism and lack of volatility of the basic asset, system’s scalability, low transaction costs. Moreover, its opened source code and a huge number of validators allowed the creation of the most decentralized blockchain among all possible blockchains.

One of the first CrossFi projects is the MinePlex Banking with two core tokens – MINE and PLEX. The price of the first token MINE is fixed, non-volatile, and equals 1 cent, while the price of the second changes but in a predictable and consistent way. Users place MINE tokens for staking and receive rewards in the form of PLEX coins. The rewards distribution is organized in 7 cycles allowing users to analyze and predict the complexity of staking for the upcoming 7 days. Moreover, MINE coins are not locked and users have full and uninterrupted access to their funds.

MINE tokens are the internal currency of the platform used for operational transactions within the platform, like paying commissions and distributing bonuses. PLEX tokens, on the other hand, are used for trading in the cryptocurrency exchanges. Its dynamics could be monitored on the famous portal Coinmarketcap. The price of PLEX grows in accordance with the algorithm on which it is built.

To mine PLEX tokens, users do not need to buy costly equipment, rent space, or worry about the electricity price. It is sufficient to hold MINE tokens on the wallet. New coins will be distributed among MINE holders in the amount of 20% on the deposit monthly. Moreover, the funds are not frozen in the liquidity pool as it happens in most of the DeFi project or even on Ethereum 2.0. On MinePlex, users can withdraw their funds at any moment.

The MinePlex Banking users and partners can receive income in 2 ways:

During the period from January to October 2020, Russian citizens had withdrawn 1.5 trillion rubles from rubles and foreign currencies bank accounts and deposits. By the end of the year, capital outflow could reach 200-300 trillion rubles, reports RBC citing analysts from the National rating agency. The outflow is linked to the decline of bank rates. According to Banki.ru portal, the best offers on deposits annual return ranges from 4 to 7%. Thus MinePlex’s offer with a 20% monthly return is much more profitable than offers from the traditional banking industry. This return is the direct result of combining traditional finances and cryptocurrencies.

Crypto banking as a driver of demand for cryptocurrencies

MinePlex is a mobile crypto bank that combines traditional finances and blockchain technologies in a mobile application. The project allows using cryptocurrencies in everyday life: for example, in paying for goods and services. In such a way, this project makes a promising blockchain technology useful for regular people.

One of the main goals for cryptocurrencies is their mass adoption. Despite the bitcoin price being above $24000, the technology itself remains complicated for the majority of people. For example, according to last year’s survey of the  Hi-Tech mail.ru, 42% of Russian citizens named Bitcoin one of the worst gifts for New Year. Even though the BTC price has grown almost 4 times in a year.

To facilitate mass adoption of cryptocurrencies, MinePlex offers a solution that allows all people to enjoy usability and efficiency and benefit from using decentralized technologies without doing deep into its technological aspects. Most significantly, the service allows users to use their cryptocurrencies even for purchasing goods in regular shops that do not accept cryptocurrencies and do not have special crypto processing mechanisms in place.

MinePlex Banking is a mobile app that is available 24/7. The project’s ecosystem includes its own blockchain, mobile crypto bank, contactless debit cards, mobile application, P2P exchange, multicurrency and hardware wallets, as well as an educational platform, online store, and the marketplace with the platform’s coin PLEX.

One of the key MinePlex products is the debit card that can be used for paying in cryptocurrencies around the globe at any shop that accepts VISA, Mastercard, or Unionpay. The transactions are executed as easily as in fiat without any limits or extra costs.

The main benefits of the MinePlex debit card include:

Upon the purchase on the point of sale or during the checkout at the online shop, the card instantly converts cryptocurrencies from a multi-currency wallet to fiat. The exchange is executed directly without third-party services, saving users’ time and money.

MinePlex Banking security is safeguarded by blockchain technology with smart contracts. Blockchain does not require salaries, vacations, or annual bonuses. Thus, it brings huge cut costs without compromising efficiency that results in lower commissions for users. The MinePlex blockchain is flexible enough to change the infrastructure without the hard fork risks. And transactions on the MinePlex blockchain take seconds. Such high transaction speed is a core competitive advantage even in comparison with such a market leader as Bitcoin, on which a transaction could take up to 40 minutes.

In October, the audit firm PricewaterhouseCoopers (PwC) published research findings, reporting that by 2030, blockchain will bring $1.76 trillion to the global economy, creating around 40 million new jobs, in case of mass adoption in the upcoming 5 years. The researchers from PwC are confident that financial services will benefit from implementing new technology, while 61% of CEOs from companies around the globe add digitalization to key priorities for their business.

MinePlex Banking has created a service that facilitates the mass adoption of blockchain and cryptocurrencies. This project makes this new industry a part of everyday life thanks not only to its MinePlex debit card but also to giving users an opportunity to accumulate savings and funds that bring real passive income.