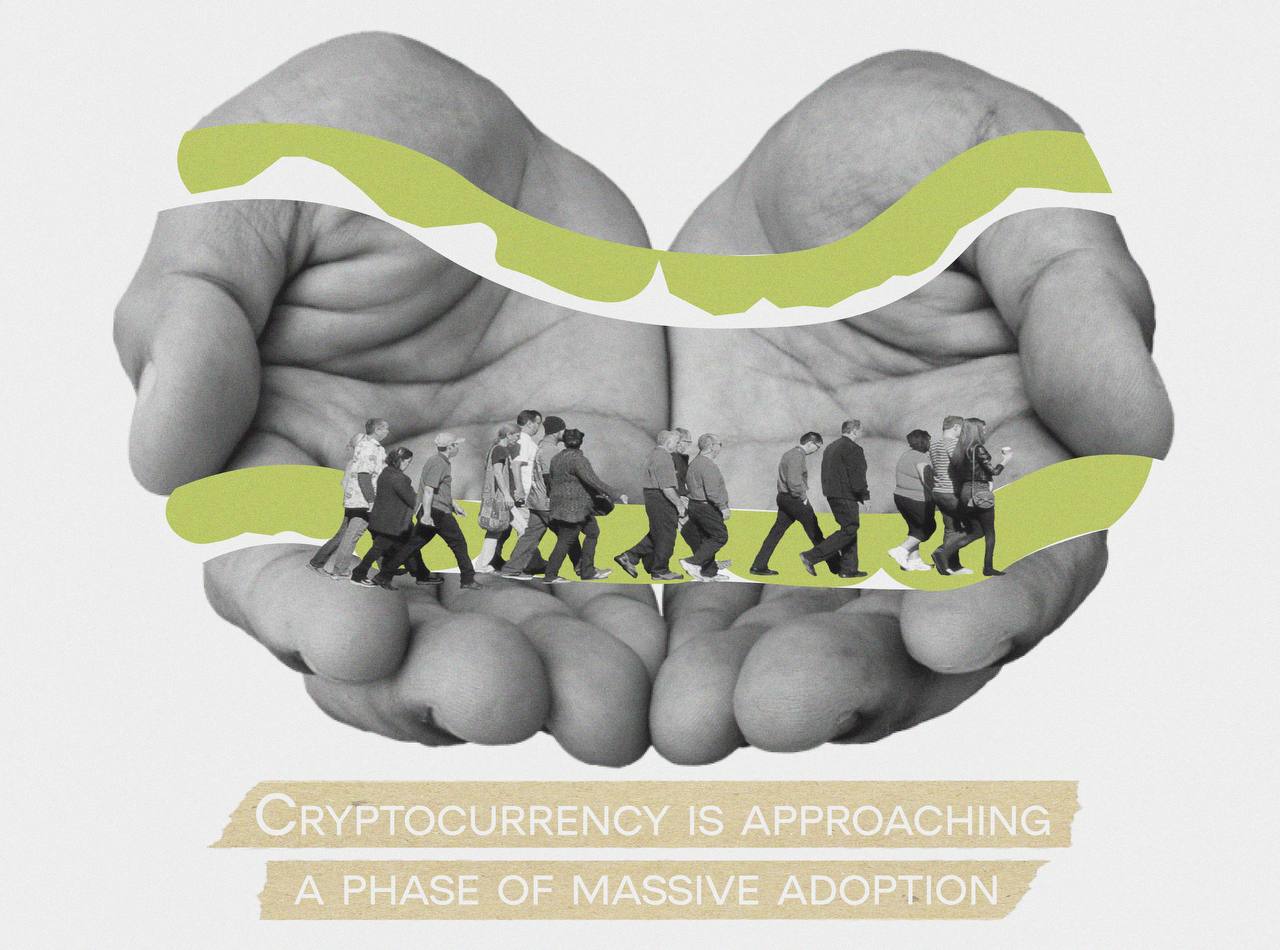 Cryptocurrency is approaching a phase of massive adoption

Over the past year, the massive adoption of digital currencies has rapidly progressed. Large companies began to invest in crypto assets, and investment funds have begun to use digital currencies to hedge risks. Crypto assets are confidently incorporated into daily life due to integration into the traditional financial system.

Cryptocurrencies are increasingly becoming a part of traditional finance, and although the adoption of digital assets is rather slow, we see both an increase in the interest of institutional investors and a gradual strengthening of confidence in the infrastructure of cryptocurrencies in society. This has become an additional analog of traditional financial market instruments such as stocks and gold. However, it is necessary to be recognized by governments to catch up with fiat assets.

The correlation between Bitcoin and the main US stock index S&P 500 (SPX) recently has significantly increased. This can partly explain the drop in the price of cryptocurrency since the beginning of the year – the correction coincided with a crisis in the US stock market due to the curtailment of economic stimulus by the US Federal Reserve.

However, those who want to promote the adoption of Bitcoin in the world in the past year had their first serious success. The main cryptocurrency became the legal means of payment in El Salvador in September 2021. Although well-known economists and international organizations have repeatedly criticized President Nayib Bukele for this decision, a significant part of Salvadorans speaks well of Bitcoin.

This was a real breakthrough for the crypto industry. Following El Salvador, many European countries have begun to consider ways to control and regulate cryptocurrencies, which will undoubtedly speed up the worldwide adoption of digital gold. Analysts expect mass adoption of cryptocurrencies in the US this year.

You also need to pay attention to a sharp increase in the withdrawal of coins from exchange addresses to non-custodial wallets – this indicates that the so-called “whales” accumulate coins and are oriented towards long-term storage. They either do not trust financial systems or simply want to speculate on the price of the assets.

Experts predict that Bitcoin will rise in value due to its increasing popularity and acceptance by the governments. High consumption of resources for the operation of the Bitcoin network might be the possible obstacle, but this circumstance will not stop the demand for the asset. Therefore, public attention is focused on the issue of the environmental friendliness of cryptocurrency mining and ways to reduce resource consumption. As an alternative, several of the most advanced mining companies have started using renewable energy sources: solar, wind, and hydrogen.

Why is it beneficial? This allows you to improve the quality of cryptocurrency mining and is a win2win scheme for both companies and their users: such companies have begun to rent out their mining capacities to everyone. It’s called Cloud Mining. The user just needs to go to the company’s website and purchase the desired contract by selecting the amount of leased capacity and the duration of production. Investors can visit their accounts to monitor the accumulation of the selected cryptocurrency.

One of the leading representatives of “Green” Cloud mining is GreenHashes. Guys open access to eco-mining with the latest hardware for everyone. The specificity of the company is the use of only renewable energy sources. With the help of wind turbines and solar panels, the company manages to generate electricity and provide eco-mining machines affordably and sustainably.