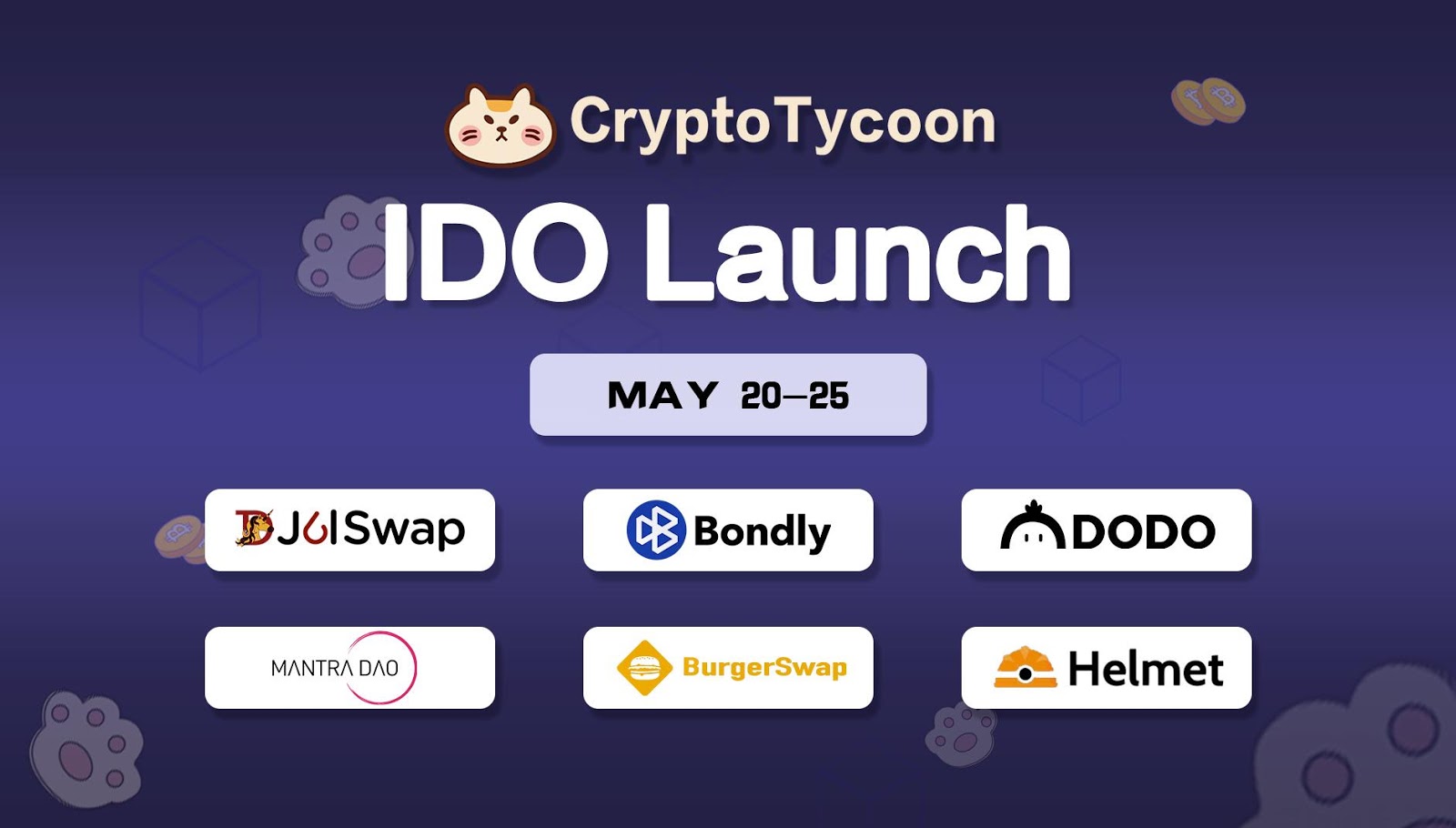 CryptoTycoon will launch its IDO from May 20th to 25th

On May 15th, according to official news, the DeFi light game platform CryptoTycoon based on Binance Smart Chain (BSC) will launch its IDO, IFO, IIO on JulSwap, BurgerSwap, DODO, MantraDAO and Helmet from May 20th to 25th.

According to the official data, 4% of CryptoTycoon’s total supply CTT will be released through decentralized exchanges(IDO) and centralized exchange(IEO), and the rest of early invested CTT tokens will be released to participants in the institutional fundraising round and community fundraising round, which will be unlocked fully in 2022 June. Therefore, the release from multiple launchpads is expected to be the main source of CTT circulation in the market for the next period of time.

Furthermore, the official also wants to remind users that due to the different schedules and rules/policies of each platform, the ways to participate and purchase hard cap for users will also be different. The exact launch time is scheduled from May 20th to 25th. Both CoinMarketcap and CryptoTycoon Medium have all showed detailed participation information with live updates.

In the meanwhile, there are similarly named CTT assets on BSC, so the official recommendation is that everyone trades through JulSwap, BurgerSwap, DODO and PancakeSwap after CTT is officially in circulation on 25th, in case users encounter fake/scam projects.