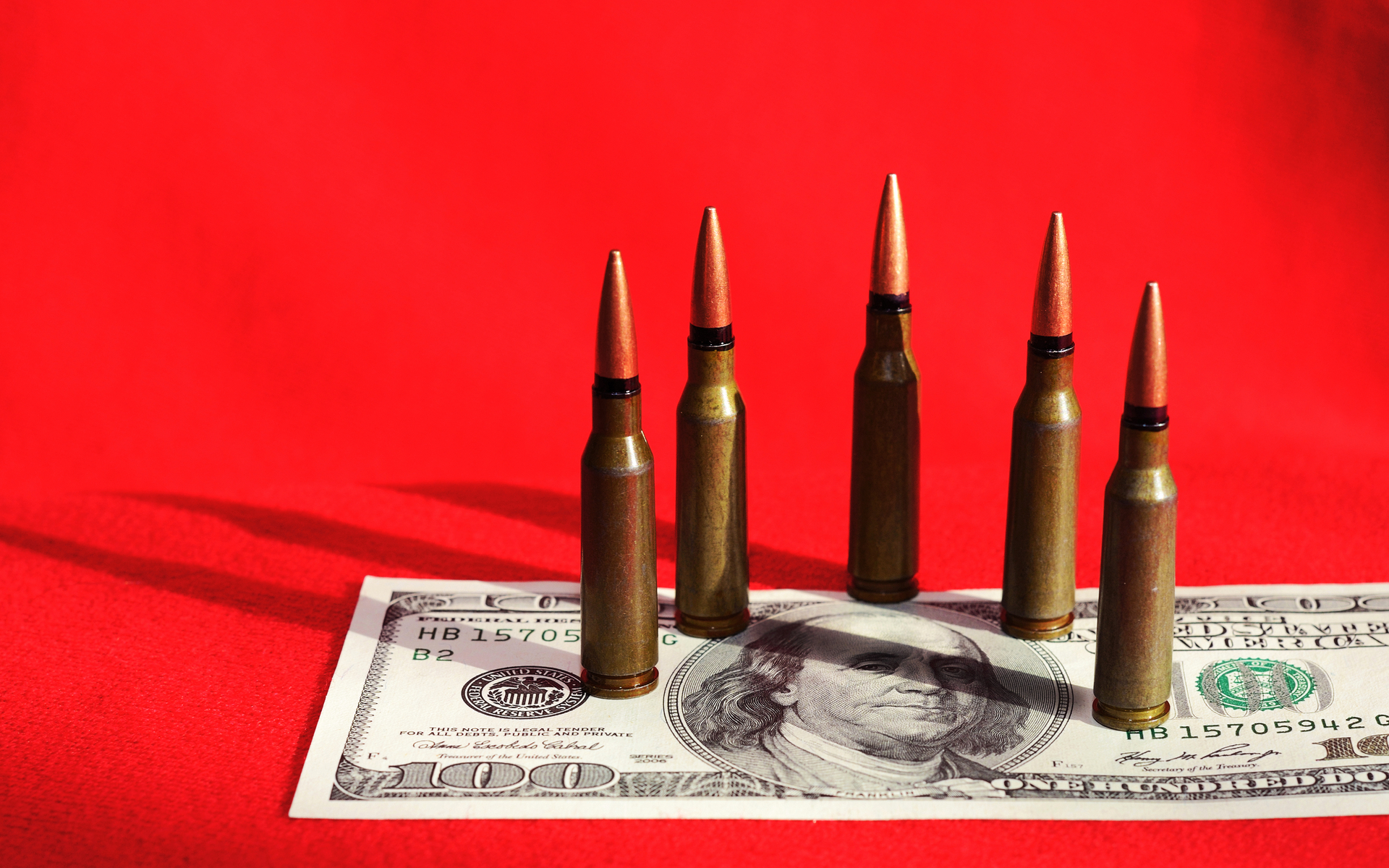 There are more than just bitcoin price spikes and capital gains that stemmed from the ongoing currency wars. Bitcoin and its users are, in fact, on a bigger mission: providing refuge for currency war hostages.

The trajectory of bitcoin has changed over the years. In the beginning, people were curious about Bitcoin’s real-life applications. And the common answers from thought leaders would be in the area of remittance services and general buy-and-sell activities on the Internet. Indeed, these bitcoin applications hold significance importance in the bitcoin community. Nonetheless, these answers would have been rather different now as bitcoin is now on a bigger mission.

Andreas M. Antonopoulos recently noted in a talk at Coinscrum in London:

We need to build, and not just economic applications. Bitcoin isn’t just an economic system. The reason why bitcoin is being used as an exit is because it offers the real market value for your currency exchange when the other markets have been artificially shut off.

In the last two years, many countries have started a full-fledged currency war. Currency wars, as well as the “war on cash,” are in fact geopolitical money games played by the political elite. These ‘games’ almost always result in the general population becoming hostage by their own monetary system.

For instance, India removed 88% of cash in the country despite 95% of all transactions being made in cash. 60% of India’s population has no bank account, partly because 25% of the population has no ID to open one. The immediate effect of this war on cash was a loss of 2% to 4% of its GDP, and it does not stop there. Indian population could not find the means to transact for basic necessities, and healthcare payments are nearly impossible. 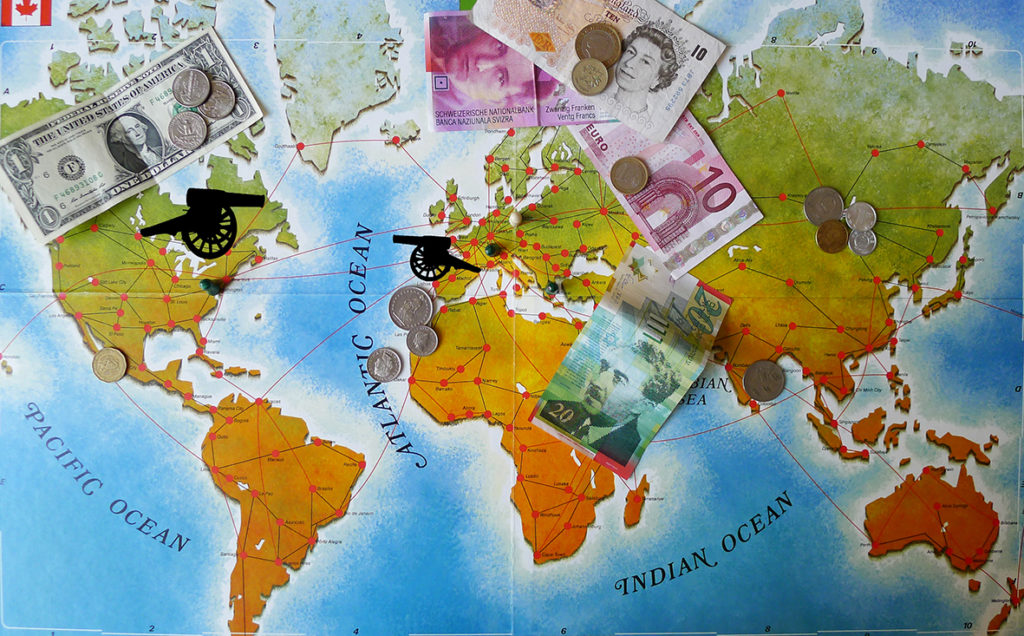 Apart from India, countries like Venezuela, Argentina, Brazil, Australia and Ukraine, are just some of the flash points in today’s currency wars and the war on cash.

Cash is fully transparent, peer-to-peer, and provides for a mean to transact within a community privately – just like bitcoin. The eradication of cash, in substitute of digital platforms, will assist the government in their surveillance, confiscation, and manipulation of interest rates. These forms of government control are paving ways for yet another war: a global currency war.

Cashless society is totalitarian society. Central database digital money puts everyone at the mercy of government, who can turn anyone off

The global currency war is the manipulation of the country’s fiat currency as a trade war tool against other countries. This trade war tool is used to tip the net trade balance to erode national debts. Hence increasing the country’s ability to pay off the debts. All these currency manipulations, together with the implementation of higher tax and inflation, is done at the expense of its population: the hostages.

Amidst all these negative news, bitcoin and its users present the hostages of the currency wars an exit strategy; merely through their buy-and-sell activities. As it provides the liquidity for the hostages to have an opt-out choice in the geopolitical game as well as a safe haven where money and value can be stored. 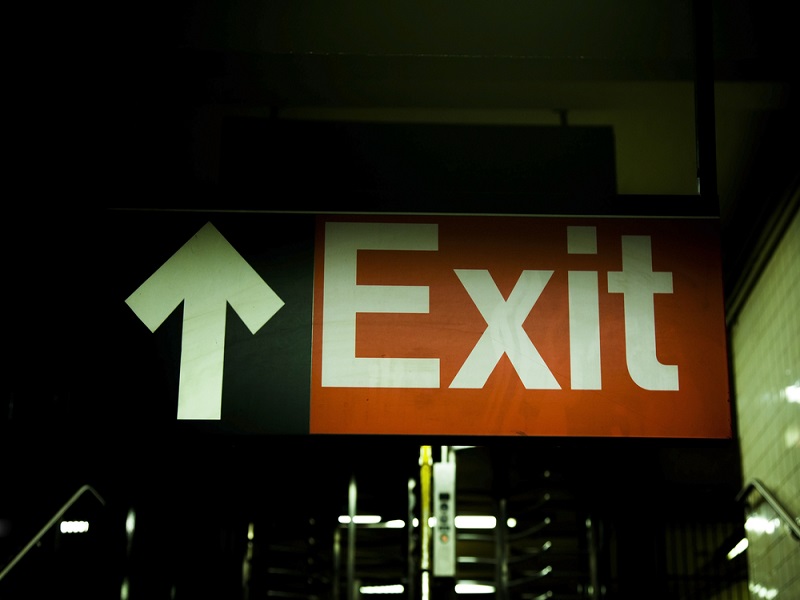 Today, millions of people around the world have choose bitcoin over government’s manipulative fiat currency in the world of finance. And another reason, Bitcoin’s neutrality is what makes the difference: creating a true safe haven.

Bitcoin is not taking sides in these currency wars. Bitcoin is going to be the Switzerland even if Switerland is no longer the ‘Switzerland.’ And bitcoin will be the only Switzerland left standing because eventually you will have gold confiscations. [India’s Prime Mnister] Modi has been very careful to keep repeating ‘we won’t be confiscating gold.’ [But] yesterday they announced that they’re going to be doing tax audits on anything [including Indian’s jewelries] above a certain amount of gold, by applying a 60% tax.

However, there is a premium to pay for such an exit strategy. This can turn out as high as 22% above the average BTC value depending on your location.

Be Your Own Bank to Prosper in Hard Times

Nonetheless, this time around, the ones who are earning the premiums are the bitcoin users, particularly those who uses peer-to-peer platforms like Localbitcoins where trading volume has increased to a record-high of $19 million.

Unlike before, in good economics times and in bad, the ones that always benefitted are the banks. With Bitcoin, on the other hand, it is its users or holders. When people suffer from government manipulation of monetary systems as in India; or when currency is used as a weapon, banks’ stocks price increases and the political elite benefit. But does it end corruption or bring prosperity to the population? The answer is nearly always a “no.”

Thus, people are becoming increasingly attracted to apolitical, borderless monetary alternatives such as Bitcoin. In fact, this “exit” from currency manipulations may ultimately become its primary ‘killer app.’ But ironically, this is not because of what Bitcoin has done, but what the world’s governments are doing. While they dig their own graves, an exit from today’s currency wars is now available to anyone with internet access.

Does Bitcoin provide an exit strategy for victims of currency wars? Share your thoughts below!