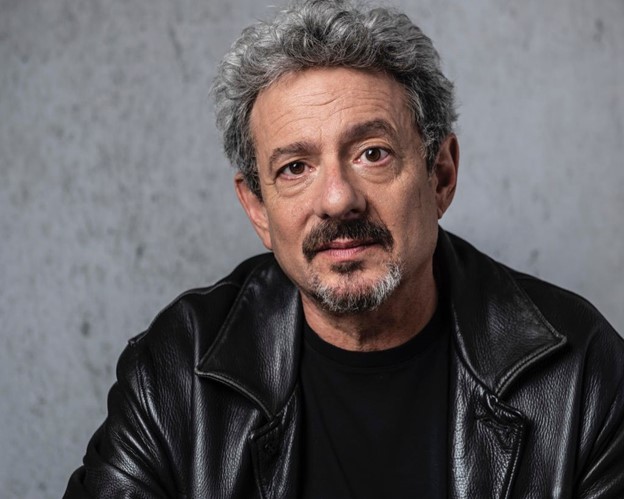 In his new role as the advisor for Naoris’ distributed systems, cybersecurity, and blockchain infrastructure, Holtzman will support the Naoris team across all verticals. This will involve participation in marketing, technology, and strategy to help the startup reach its goal of offering end-to-end data privacy and security leveraging its proprietary CyberMesh technology.

Best known as an early-stage internet pioneer, Holtzman served as the CTO of Network Solutions in the late 1990s. During his tenure at Network Solutions (which was later acquired by Verisign in 2000), he helped lay the foundations of the modern internet still in use to this very day. Holtzman used to manage the root server of the internet, eventually designing the global DNS registration system.

Before joining Network Solutions, Holtzman was IBM Internet Information’s Chief Scientist and headed a major R&D group at Booz Allen & Hamilton. Holtzman is also the architect of Minerva, a distributed system used by the likes of Wall Street and NATO, and the author of books like Privacy Lost (2006) and How To Survive Identity Theft (2008). Besides his professional roles, Holtzman has mentored teams, entrepreneurs, and technology leaders for over 25 years. Now, his inclusion in Naoris Protocol’s advisory board is aimed at helping the project expand its still nascent footprint.

David Carvalho, the CEO and Founder of Naoris Protocol, is highly optimistic about the future of Naoris, especially with David Holtzman’s expertise and experience by their side. He explains, “We are so incredibly blessed to be working with David Holtzman as an advisor to the project, we wouldn’t have the internet as we know it today without him and we`re humbled to be splicing together new and highly impactful use cases and ideas with David.”

“This is an exciting, and critical time for Naoris Protocol as we strive to bring the best and most visionary from Web2 and Web3 together to scale our Decentralized CyberSecurity Mesh approach. Having David Holtzman on board, with his incredible knowledge and world-changing experience makes us feel great about the future of all things digital,” according to Carvalho.

Holtzman’s expertise across verticals like privacy, encryption, ethics, cybersecurity, digital registries, and intellectual property will play a key role in shaping the future of Naoris Protocol. The Naoris team is currently endeavoring to unveil its minimum viable product (MVP) by the end of the year before releasing a full version for several Web2 clients by mid-2023.

Using blockchain technology, Naoris Protocol is reinventing the traditional approach to cybersecurity. It aims to remove all single points of failures that are common with existing security solutions by employing a dPoSec (Distributed Proof of Security) consensus mechanism alongside its proprietary CyberSecurity Mesh HyperStructure. The platform recently raised $11.5 million from a consortium of venture capital funds and angel investors like Brendan Holt Dunn, Draper Associates, Holdun Family Office, Holdun Opportunity Fund, Holt Xchange, Level One Robotics, SDC Management, and Uniera, among others.

Commenting on his decision to align with Naoris Protocol, Holtzman notes, “Naoris Protocol has the right ideas.  In my many decades of experience working with disruptive innovators, I’ve come to the conclusion that a company’s most valuable differentiator is the strength of its underlying foundational principles and values. Naoris Protocol has started from a good place and its technology directly aligns with their beliefs. The value of networked decentralization cannot be overemphasized and their novel approach of applying that to security validation is an important one that is likely to be a real game changer.”