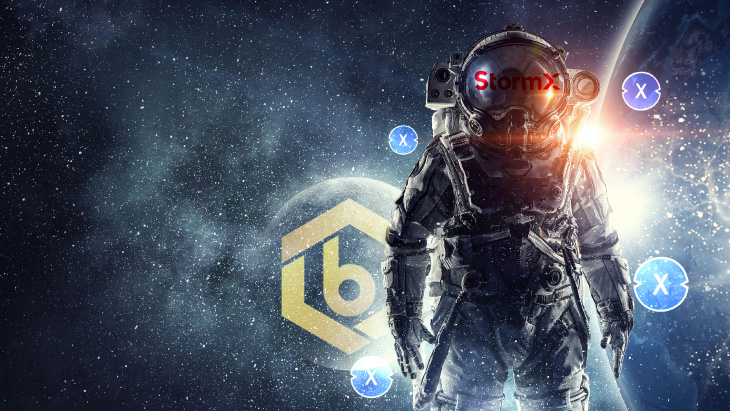 Bitrue has listed XinFin blockchains’ XRC20 token StorX (SRX). As a result, the exchange paves the way for SRX token holders to use StorX Decentralized Data Storage on a global scale. Bitrue is the first major cryptocurrency exchange to list SRX.

StorX is a decentralized data storage network that enables users to store their data on the cloud. Each file uploaded on the StorX network gets encrypted into many fragments to autonomous storage nodes by individual operators all over the world.  Mainly the operators who rent their spare disks to develop decentralized storage nodes. Notably, the hosts of the storage nodes will be rewarded in SRX tokens for leasing their disk space.

StorX can also be treated as the Uber of cloud storage that brings those who need disk space and also who wants to rent their unused disk space together. StorX also offers rewards for staking SRX tokens. Besides, users can become node farmers and help build a new decentralised, secure, private, and affordable internet. Designed in such a way that data cannot even be hacked and no operator will have complete access to the data.

Farmers must stake SRX tokens as part of the Farm Node Staking requirements. Tokens can be obtained through exchanges or by referring friends. The minimum and maximum number of SRX tokens that should be staked are 1000 and 1 million, respectively. Consumers get rewards for earning SRX tokens.

StorX is presently on the XDC network as it is deployed on the XinFin network. StorX platform, with a total supply of 500,000,000 SRX tokens. According to XDC network explorer, there are currently 525 SRX token holders.

Breaking news: #Decentralized storage platform @StorXNetwork getting attraction on 1st day of trading. Price jump by 152% in few minutes after the listing.

As a matter of fact, SRX provides all the advantages of XDC to its community. XDC is known for its high-speed transaction which is up to 2000 TPS. It is an open-source hybrid blockchain platform and interoperable smart contract which offers low fees with faster settlements and Green coin. Moreover, XDC is considered to be the most popular and recent trending cryptocurrency.

Similarly, SRX transactions necessitate the use of XDC as a gas fee, which can be stored in most XDC compatible wallets such as Dcent or Guarda.com. To trade tokens, SRX token holders must pay XDC as gas fees which are near zero.