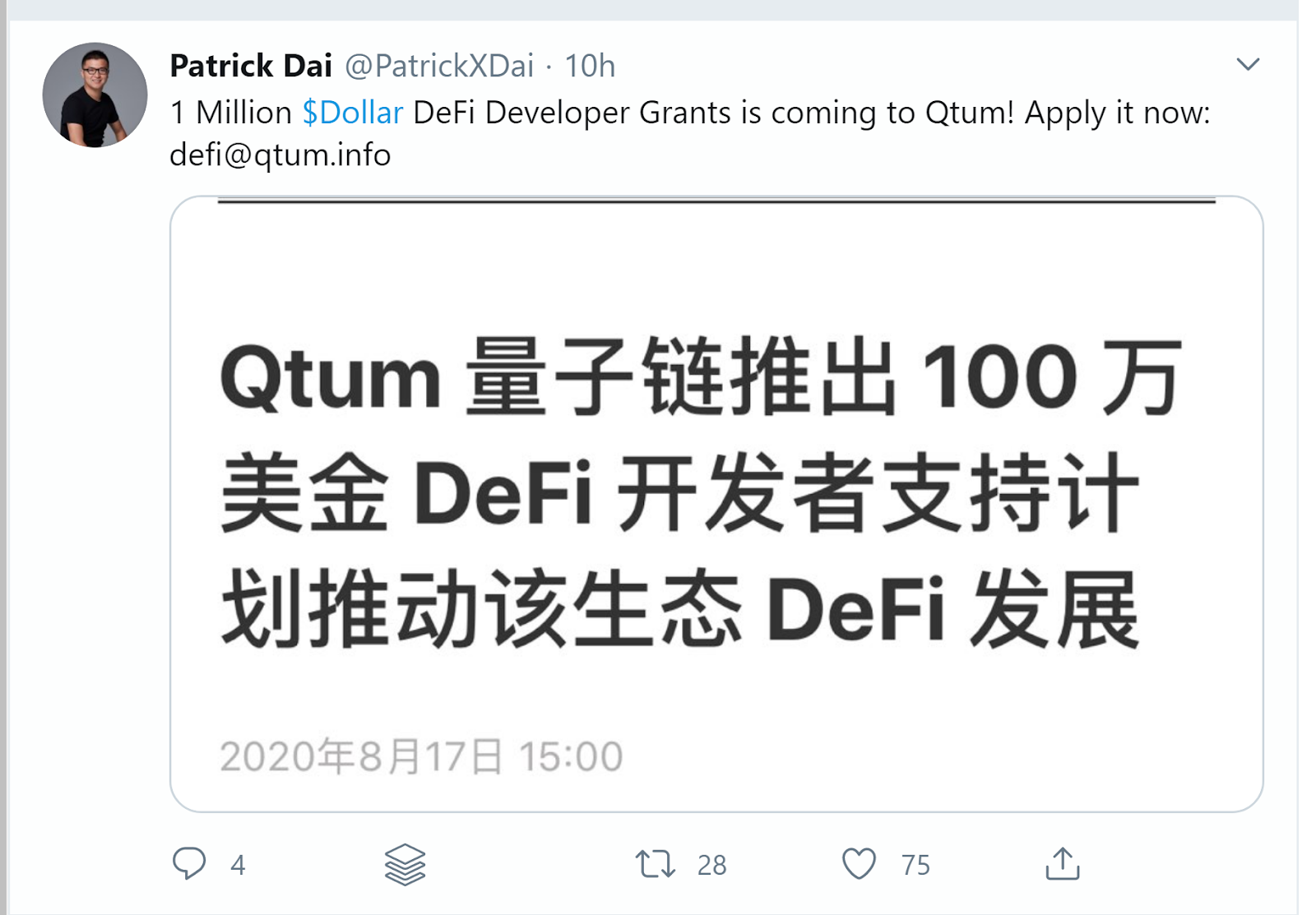 Blockchain smart contract network Qtum has become the latest ecosystem to woo Ethereum developers. Unlike many of its rivals, however, Qtum can boast compatibility with Ethereum’s EVM, meaning developers can port projects directly over. On August 17, the Qtum Foundation announced a $1 million DeFi development fund that will be allocated to solo devs and teams seeking to create scalable DeFi dApps.

Qtum is not the first blockchain platform to lay down the red carpet to DeFi devs; Matic Network recently issued a similar call, with a generous grant program to kickstart adoption. Qtum founder Patrick Dai is determined to make Qtum the chain of choice for frustrated Ethereum devs, priced out of deploying smart contracts on ETH’s mainnet, and has pledged a total of up to $5 million to bootstrap DeFi adoption.

While “ICO” was 2017’s buzzword, “blockchain” 2018’s, and “interoperability” 2019’s, in 2020, DeFi is the only trend in town. Blockchains ranging from TRON to EOS have made overtures to DeFi developers, positioning their system as being more suited to hosting dApps that rely on high transaction volume. Qtum has laid out its case for Qtum Chain being the next home of DeFi innovation in a blog post that fleshes out the advantages it holds.

“On-chain privacy is a relatively lacking but a crucial feature for the current DeFi ecosystem,” it explains before touting Phantom Protocol, a zk-SNARKs-based on-chain privacy protocol developed by Qtum. The presence of stablecoins on Qtum – a vital component of decentralized finance – has also been cited as another reason why the blockchain is ready to host DeFi in all its glory.

Qtum even has its own stablecoin, QCash, which was launched in 2017. Instead of being pegged to the US dollar, it’s priced against the RMB, making Qtum Chain an ideal launchpad for Asian crypto projects. 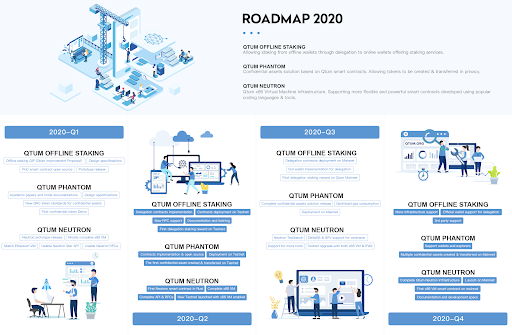 The Best Bits of Bitcoin and Ethereum

Qtum’s value proposition can be distilled into offering the best elements of Bitcoin and Ethereum, combining the robust security of the former with the world computer concept pioneered by the latter. One of Ethereum’s biggest problems is that interacting with multiple smart contracts, such as when pooling assets or liquidity mining, uses up a significant amount of gas, which quickly gets expensive.

Because Qtum uses Bitcoin’s UTXO model, each transaction can have multiple inputs and multiple outputs. When used in conjunction with the OP_SENDER opcode, multiple contracts can be called in parallel for a single transaction, with a different caller for each output. In plain English, this means users can interact with multiple DeFi contracts efficiently, dramatically lowering costs.

Ethereum’s transition to ETH 2.0, scheduled for early 2021, should bring down on-chain fees. In the meantime, however, DeFi developers face a quandary: to keep building on a blockchain that’s packed to overflowing, and where block space is at a premium, or to entrust their project to an alternative chain that’s more scalable. When FTX recently announced that it was creating Serum, an interoperable DEX, it chose Solana for this reason. If Qtum can establish similar capabilities on its own blockchain, it should speed the exodus of Ethereum developers tired of being hamstrung by high fees.