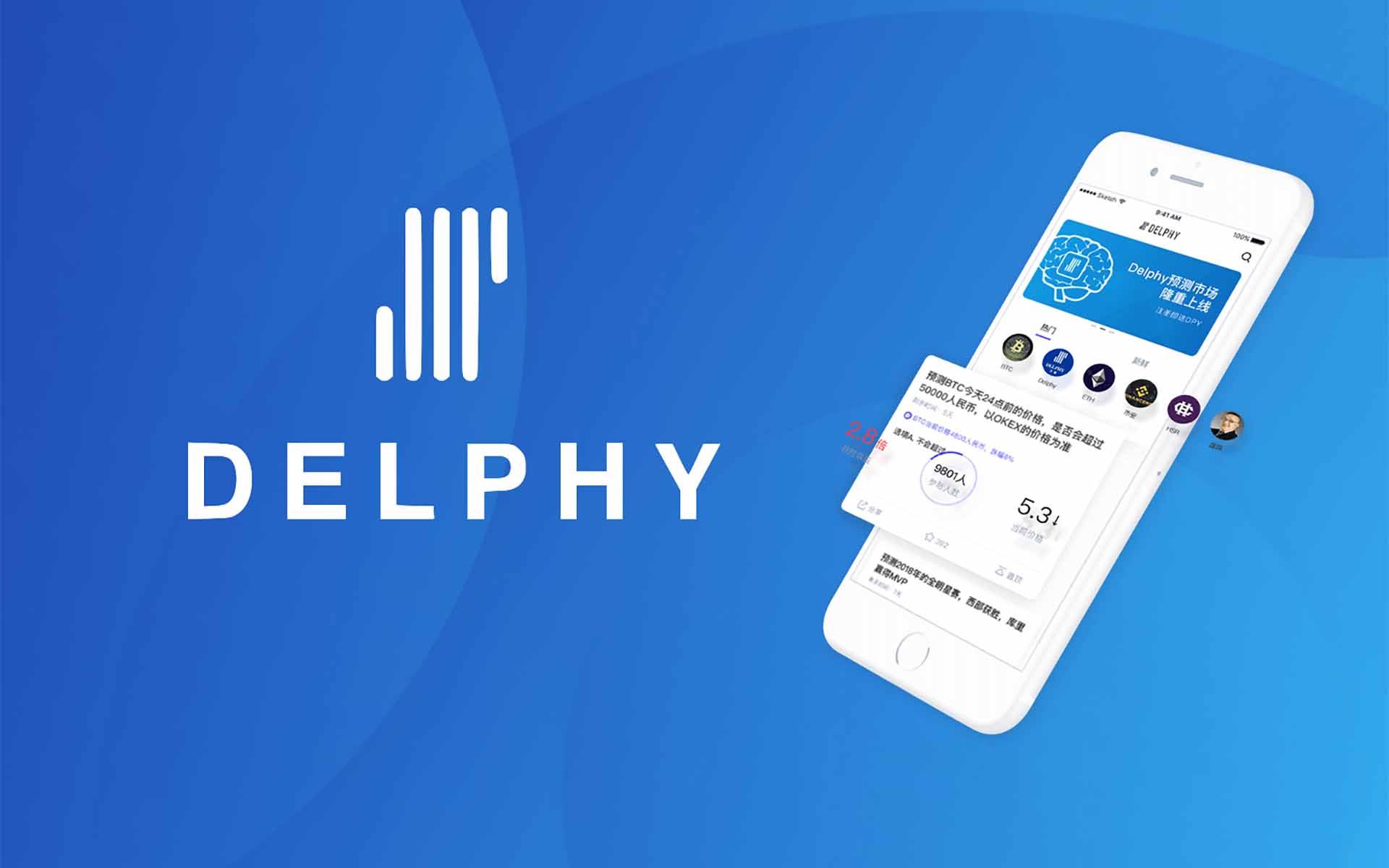 Singapore – Delphy, a predictive markets platform, today announced that over 200,000 people have pre-registered to download its app, which will go live in February. In addition, the company also announced that the leading global cryptocurrency exchange, OKEX, has listed the DPY token that will power the platform.

Over $19 million was raised through an Initial Coin Offering to fund development of its app. Designed to run on mobile devices as a light Ethereum node, demand for the app saw Delphy’s servers temporarily crash within hours of going live.

Bo Wang, Founder of Delphy said: “The pre-registration figures are a testament to the interest in Delphy and the immense appeal of predictive markets. Supporters now have the opportunity to secure DPY tokens using OKEX before the app’s official launch.”

Delphy, an open source mobile platform for the prediction market, channels the wisdom of the crowd to make data-driven predictions about future events. Users who correctly predict the outcomes of events are rewarded. Users invest in predictions on markets such as finance,  sports, entertainment and more.

“Will Bitcoin break $20,000 next week? Will Donald Trump be elected for a second term? Will humans go to Mars by 2025?” said Bo Wang, Founder of Delphy. “By drawing on the collective experience and knowledge of our users, Delphy can make predictions about some of the most important events of our time.”

Delphy implements three of the necessary conditions for crowd wisdom as defined by renowned journalist and author, James Surowiecki: diversity of opinion, independence of opinion, and decentralization. Named after the prophetic oracle from Greek mythology, Delphy is built on a decentralized Ethereum platform, making it difficult to manipulate prediction results.

The Delphy Token (DPY Token) powering the platform is now available on the leading global cryptocurrency exchange, OKEX, and can be purchased using Bitcoin or Ethereum. In the prediction market, DPY will be used to buy shares and reward winners for correctly making forecasts. Early adopters of the token will be eligible for a coin bonus via the Delphy Bounty Program. Some 130,000 DPY tokens will be allocated to traders who purchase tokens using OKEX.

Delphy is an open-source, decentralized, mobile prediction market platform built on the Ethereum platform. Delphy uses market incentives to allow participants to transparently communicate with each other to discuss and share the outcome of upcoming events whilst effectively predicting the future. Our decentralized platform makes it difficult to manipulate prediction results. Delphy incentivizes its platform users with rewards for correctly predicting future events. Delphy endeavor to eliminate uncertainty in forecasting and predicting outcomes.