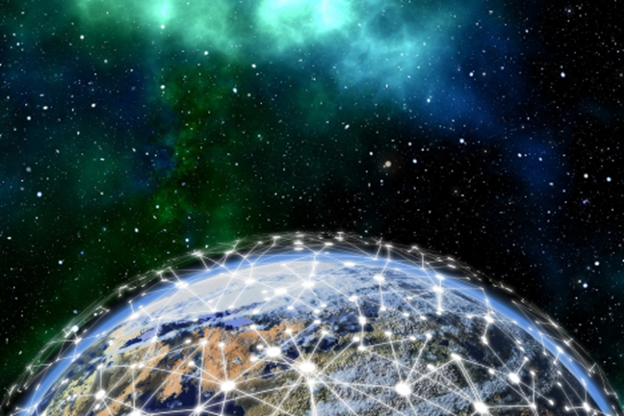 Democratizing the New Data Economy: How Big Tech Is Taking Our Data and How We’re Going to Take It Back

A few short years ago, the Economist made a rather bold statement – that the world’s most valuable resource is data, not oil. At the time, few realized how true this statement was, but Google, Amazon, Microsoft, Apple, and Oracle have clearly known about the tremendous value of data for decades.

In the last 20 years, these companies have been working in the shadows to collect, harness, and control the near-limitless power of data. Today, they dominate the global digital advertising market, which is expected to reach $179.77 billion in value by the end of 2021. But it’s not just about advertising – nearly every single industry in the world depends on the information technology systems these companies provide.

Gone are the days when sheiks and oil barons wielded the greatest influence and economic might. Now, a shortlist of tech entrepreneurs and “data barons” – like Jeff Bezos, Sergey Brin, Larry Page, Mark Zuckerberg, and Elon Musk – have become the most powerful and influential people in the world.

But will their reign last forever?

Finis Conner is no stranger to the world of data. He’s seen disk drives grow from the initial 5-megabyte hard drive he brought to market in 1980 to the 20-terabyte drives that businesses require today. From Conner’s 10,000-foot view of the data landscape, a sea change is on the verge of disrupting the entire data economy. But this time, the trend doesn’t center around the “data barons.” Instead, it has everything to do with the rising power of ordinary people to recover and monetize the value of the data that’s rightfully theirs.

Signs That Data Really Is More Valuable Than Oil

It’s no coincidence that the most valuable companies in the world – except for Saudi Arabian Oil Company (#3) – are the technology firms that own the most data. It’s no coincidence that Apple (#1), Microsoft (#2), Alphabet/Google (#4), Amazon (#5), Tesla (#6), and Facebook (#7) are aggressively acquiring, analyzing, leveraging, and selling the data they collect from billions of global users. 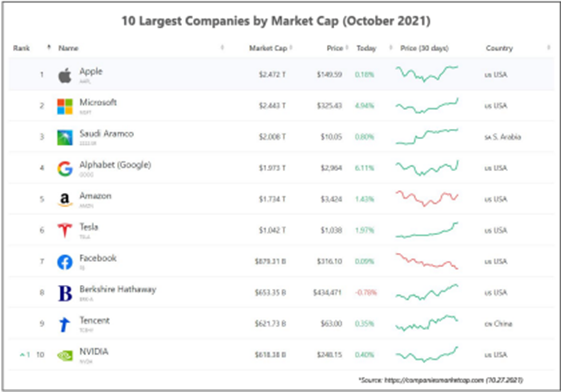 Most of this data is stored in large data centers – like the “Hive” facility where Facebook adds 4 petabytes (4,000 terabytes) of user data per day, and Google’s millions of servers that maintain an estimated 10 to 15 exabytes (10 to 15 million terabytes) of data. Even Tesla collects massive amounts of data to train sophisticated AI systems for its self-driving cars and arguably sources most of its success from data analysis. 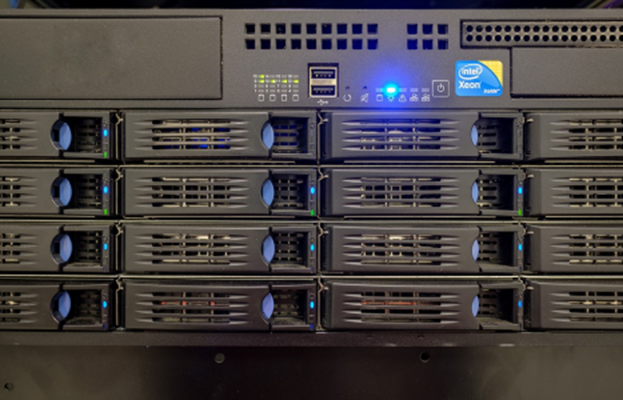 As the co-founder of the world’s leading hard drive manufacturer – Seagate – Finis Conner has played a key part in empowering the advantages that data-driven companies now enjoy. Conner points out, “Even companies that don’t have a reputation for data are using it to rise above the competition. Tesla is an example of the absolute need to capture data from many points to compete in today’s marketplace. They’re now a trillion-dollar company due to the gathering and consumption of data from Tesla drivers. This data feeds the AI systems that are helping to constantly perfect their product.”

Of course, most companies don’t have the resources to store and secure multiple petabytes of data. This has triggered massive growth in the cloud data storage market, which is estimated to reach $222.25 billion in size by 2027.

According to Conner, “From my perspective as a hard drive guy, I’ve seen the need for storage capacity growth due to the massive increase in data created by individuals and companies. We’ve gone from the first 5-megabyte disk drive that Apple adopted, to markets that now require 20-terabyte drives. Drive makers don’t increase storage capacity because they can. They’re doing it because of the need to store

growing amounts of data. The fact that they’re projecting a $222 billion cloud data storage market is the scale of the magnitude and the value of data.”

Understanding the Value of Data

The best way to understand the value of data is to look at the billions of dollars in annual revenue that the most powerful technology companies are earning from it. Alphabet (Google’s parent company) used its Search, Gmail, Maps, Youtube, and other platforms – along with the free data from its users – to generate revenue of $65 billion in Q3 2021. About $53 billion of that revenue came from Google’s digital advertising sales, which skyrocketed by 43% during the pandemic.

Meanwhile, Facebook used its social media platforms – and the free data from its users – to generate revenue of $29 billion in Q3 2021. That means the social media giant is collecting about $40 in annual revenue from each of its 2.91 billion monthly active users. Approximately 97% of that revenue comes from digital advertising alone.

Facebook has leveraged its users and their data to corner about 16% of the $180 billion digital advertising market. Alphabet (Google) has done the same to control about 29% of that market.

To understand what’s really going on, Conner suggests, “We should look at the amount of data being created, and the revenue being generated from it. I don’t think people have considered what their data is worth and what they are contributing to this massive market. Just in terms of digital advertising, $180 billion is being made from harvesting other people’s data assets, but none of that revenue is being shared with the people and businesses that are actually creating it.”

Considering the tremendous wealth and power that these firms are gaining through our data, you might think it costs them a lot to acquire it. But in fact, they’re getting all of this data for FREE!

We’re Giving Away Our Most Valuable Asset for Nothing

Technology companies acquire data by providing free and low-cost digital platforms for individuals and businesses. As we use and create content on these platforms, these firms capture data related to everything we do. They learn about our likes, dislikes, conversations, desires, calendared plans, business objectives, customers, identities, geographical locations, social relationships, political perspectives, and so much more.

Even when the platform users are aware of what’s happening, they rarely understand the value of the data being extracted. Moreover, since most users have no way to monetize their data anyway, they just let the platform have it in exchange for a free service.

In an eye-opening video, tech visionary Jaron Lanier offers a dramatic wake-up call on how social media and other platforms make us dependent on their free services to capture more data. Lanier also shows how users are being short-changed.

Gradually, the public is waking up to what’s happening. A recent poll from Pew Research Center showed that “some 81% of the public say that the potential risks they face because of data collection by companies outweigh the benefits.” Pew also found that “a majority of Americans (79%) report being concerned about the way their data is being used by companies […] and feel they have little or no control over how these entities use their personal information.”

According to Conner, “People are asking what happens to their data. Where is it stored? Who benefits from it? And they’re realizing how valuable their data is. Soon, they’re going to want tools and platforms that help them take control and profit from it. Why can’t the creators of data benefit from the sale of it? I see a big opportunity in that.”

A Path to Recover Ownership and Monetize My Data 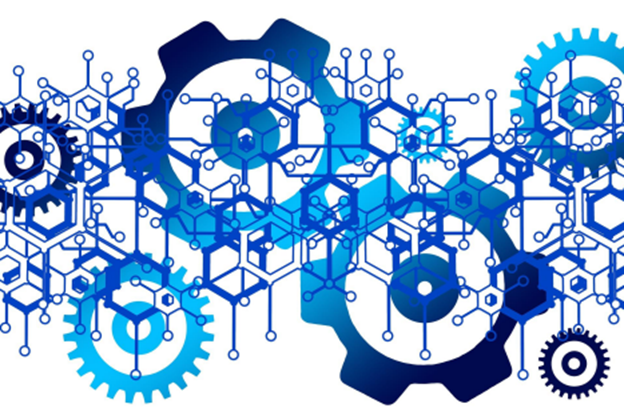 A number of technology startups are already building platforms that will help people and businesses secure and monetize their data. CIRUS Foundation, a project that Conner is currently advising through Conner Group, is a great example of a solution like this. Their goal is to return the control and monetization of data to the user.

CIRUS co-founder Daniel Bland had the following to say about the project: “Today, only the largest technology companies in the world have the tools and capacity to unlock the inherent value of their data, but this is changing fast. CIRUS is leveraging newly available tools, such as blockchain technology, NFTs, and Web 3.0-based platforms, to help individuals and businesses establish true ownership of their data and start earning money from it.”

According to Conner, “CIRUS Foundation is democratizing the new data economy by moving toward decentralized networks that allow users to fully control their data and generate income from it.”

We’ll leave you with this final observation from Conner regarding the future of data:

“I don’t think people have thought about the value of what they are contributing to this massive market. As more people wake up to the value of their data, disruptive solutions will be evolving to address this opportunity. In fact, technology is already available to provide an immediate path for everyone to recover ownership and monetize their data. It’s time to start using it.”

Fascinated by emerging technologies, Jeremy Hillpot’s background in consumer litigation and technology offers a unique perspective on the latest developments in blockchain tech, data, app development, and the law. Contact Jeremy at contentcrypto.io or follow him on Quora.