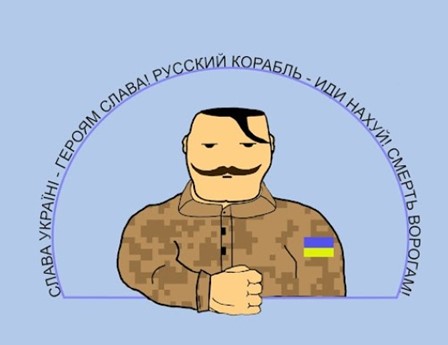 Digital “Ukrainian” for Sale: All Funds Will Be Spent on the Needs of the Army

The crypto and NFT community can support Ukraine. On February 27, a unique image of a Ukrainian soldier with the call sign “Ukrainian” appeared on OpenSea, with all proceeds from the sale destined to support soldiers.

This NFT exists to support the Ukrainian defense efforts, so instead of making bids, the authors urge everyone to use your crypto assets to transfer funds directly to the army.

We have heard hundreds of stories about people becoming millionaires thanks to NFT, but this one is not as selfish as others. “The Ukrainian” is a collective image of all the defenders who have been defending the Ukrainian land since February 24. The main attributes of the hero are a courageous fist with which he won’t hesitate to use to literally crush the enemy, and slogans that will remain in the hearts of Ukrainians long after this terrible war ends: “Glory to Ukraine, glory to the heroes! Russian ship, f*ck you!”

The author of the NFT is Mykyta, an IT specialist who created the image in Microsoft Paint while hiding in a bomb shelter, without any specific skills:

“We need weapons to repress the enemy. We have strong and brave Ukrainians here. I just thought that if people could spend hundreds of thousands of dollars on monkeys, comics, and cringe-inducing stuff, that money would be very helpful to our military. It would certainly save lives. It would save the country. I came up with the character quickly. “The Ukrainian” is each of the 44 million of us. Courageous, brave, confident in his people and ready to defend freedom.”

The Russian invasion of Ukraine took place on February 24. We believe in our army, but we also need support from all over the world. Want to help Ukraine’s military being a foreigner? Here’s what you can do: