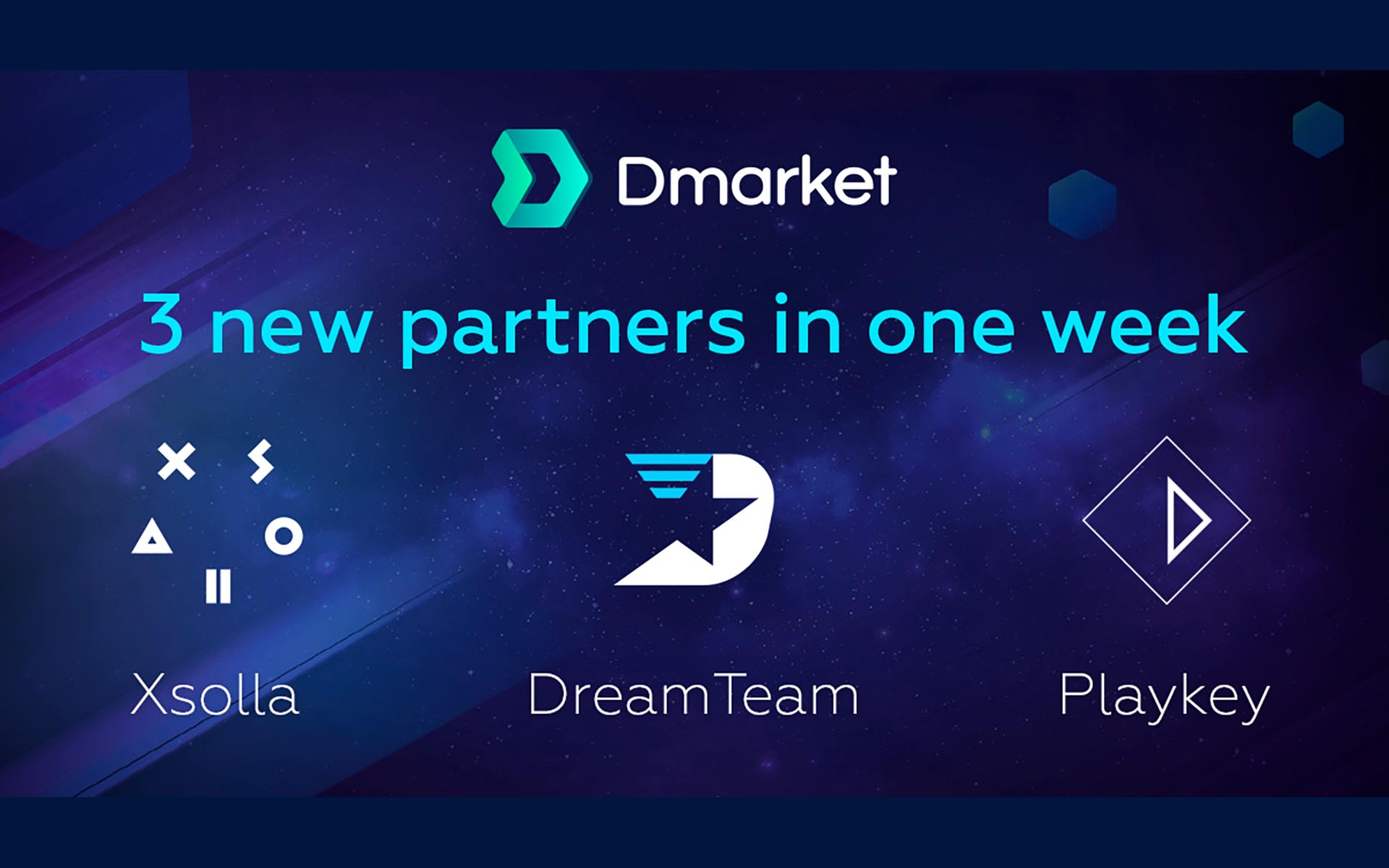 “Each partnership will have a tremendous impact on the whole gaming industry and will bring additional value to the DMarket platform and its users and contributors,” said Volodymyr Panchenko, CEO and Founder of DMarket.

First, DMarket has joined forces with Xsolla, a leading global distributor and publisher of video games that provides game developers and publishers with advanced tools to optimize user acquisition and monetization. Xsolla is already working successfully with such big gaming brands as Valve, Twitch.tv, Aeria Games, and other top players.

According to the agreement, Xsolla will promote DMarket as a priority marketplace for game developers’ in-game items. This collaboration means that DMarket Token will be accepted as one of the core gaming crypto payment currencies on Xsolla and will become one of Xsolla’s more than 700 payment options offered to gamers. To maximize the benefits of the partnership, Xsolla CEO Aleksandr Agapitov is joining the Advisory Board of DMarket.

Second, DMarket partnered up with DreamTeam, the first decentralized Esports and gaming recruitment and management platform.

The companies will cooperate on big data analytics and machine learning tools. As part of the agreement, DreamTeam will sponsor 72 additional hours of DMarket’s Token crowdsale. The crowdsale will now run through December 1 and will be supported by a special offer: all DMarket presale contributors will receive a 15% extra bonus on the DreamTeam Token sale Phase #1, and all DMarket crowdsale contributors will get a 7% bonus during the DreamTeam Token sale Phase #1.

Additionally, DMarket will get 30% of ad space on DreamTeam for 12 months after the launch and will be promoted within the DreamTeam community.

Third, DMarket teamed up with Playkey, the first decentralized сloud P2P and blockchain gaming platform that enables gamers to launch and play AAA video games on low-end PCs and MacOS devices. Today, 80% of Playkey users play MMO games and this entire audience could start using DMarket for convenient, one-click in-game items trading. In turn, DMarket users will be introduced to Playkey as a great new way to play hardcore video games on low-end PCs, which is an obvious win-win.

Currently, DMarket is holding its final Token crowdsale, continuing through December 1, 2017. To date, the marketplace has raised over $18 million.

DMarket is the world’s first cross-game platform based on blockchain and smart contracts that enables one-click sale, exchange, or evaluation of any virtual item from any game on any platform. DMarket Token will be the only virtual currency used within the platform, providing different options for trading items, exchanges, and smart contracts.  DMarket presented the Alpha/DEMO version of its future marketplace and blockchain testnet in October 2017.