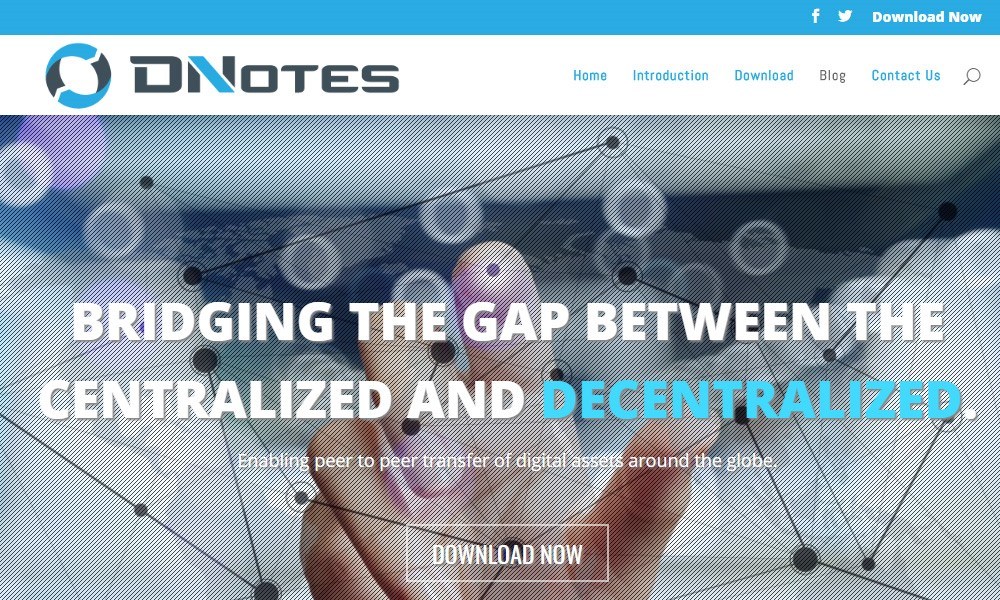 DNotes: Bridging the Gap Between Centralized and Decentralized finance

Chicago-based blockchain startup DNotes has announced the launch of its new website to complement its growing technology prowess. As the platform continues to focus on bridging the gap between centralized and decentralized financial systems, the new site makes it easier for people ti navigate through and gain a better understanding of the platform, its underlying technology and uses.

The co-founder of DNotes, Alan Youg, who is also the author of “Improve Your Odds – The Four Pillars of Business Success” believes that the mass acceptance of Bitcoin and other decentralized currencies is largely based on global initiatives. Such initiatives are crucial to help people understand how a decentralized world and accompanying financial technologies can help them prosper in their lives going forward.

DNotes is a cryptocurrency designed for mass adoption while keeping an average person in mind. For the last few years, DNotes has been focusing its efforts on areas of the population that are less represented in the digital currency community.

DNotes has released a series of recent projects such as DCEBrief, DNotesEDU, Crypto-Moms, and DNotesVault. With these projects, the DNotes team aims to educate those outside of the industry, and encourage participation across all demographics and not just the technologically savvy.

The company’s website states that DNotes strategy is to build the foundation for an integrated ecosystem that will interconnect the industries in financial and commerce sectors from existing centralized to decentralized structures. DNotes is seemly very weary of over complicating things and if the company’s release history is anything to go by then it looks like they are striving to simplify their experience for all users. DNotesVault was released in 2015 to maintain their effort to keep things streamlined, with a simplified registration process and an investment saving plan.

The same year DNotes began its education program, DNotesEDU as an attempt to educate the general public on the basics of cryptocurrency financial literacy. The program was run by volunteers and funded by team donors.

Unsurprisingly, DNotes takes much of its principals from The Four Pillars of Business Success, as it strives to separate itself from a sea of blockchain peers. In the last few years, DNotes’ work in the field has resulted in the release of their virtual currency system and education plan, helping build the foundation for its progress to the next level.

DNotes global payment network will aim to be more efficient, faster, safer and easier to use than the current traditional market alternatives. To see these plans come to fruition, DNotes Global Inc was incorporated in the State of Delaware in 2016, with the platform’s cryptocurrency holders retaining 25% equity in the new company.

DNotes has been methodically building its infrastructure over the last three years,  which is responsible for maximizing the DNotes ecosystem’s chance at success. The company’s highly anticipated 2.0 release will be a significant step towards DNotes’ ambitious dream to provide the mainstream with a mature infrastructure and to become the blockchain industry leader.

Brian D. Evans joins Animoca Mocaverse as a connector Moca, what this means