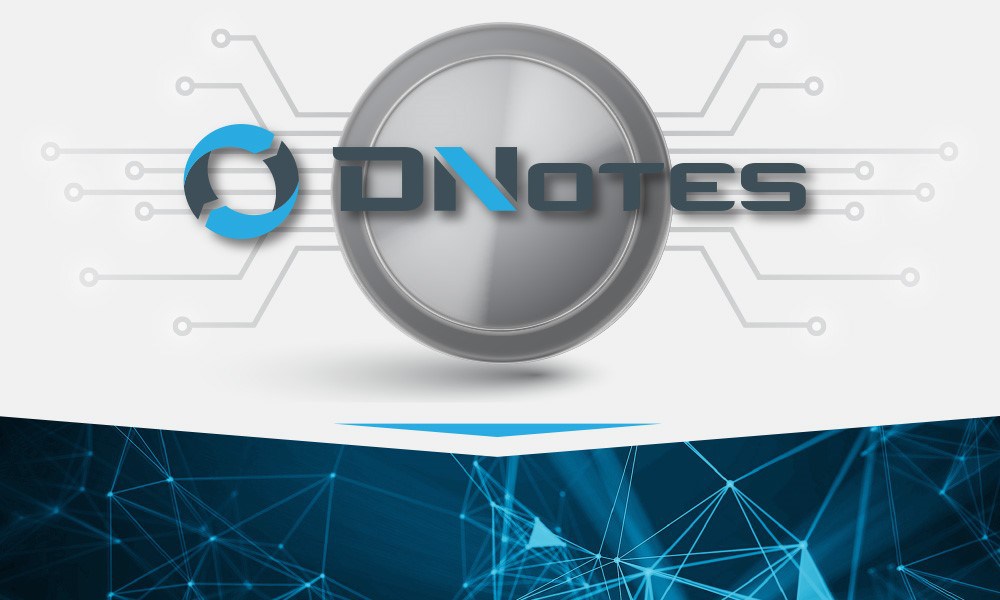 Chicago-based blockchain startup DNotes has announced that its upcoming DNotes 2.0 platform upgrade will implement new features and applications for mobile apps, blockchain tech, smart contracts and global payment systems. Touted for a Q3 or Q4 launch later this year, the upgrade event will be unveiled alongside a new Bitcointalk Forum.

The most sizable change with the new DNotes 2.0 update will see the platform switching from a Proof-Of-Work (POW) to Proof-Of-Stake (POS) consensus algorithm. The significant Blockchain system changes will be accompanied by alterations in the company’s CRISP program and will reward monthly dividends to its stakeholders in a bid to encourage a more long-term, sustainable clientele. To achieve this DNotes has laid out an annual target of approximately 2% on balances held in qualified accounts for 30 days or more. The new reward system will be the backbone of the new CRISP 2.0 savings plans.

Details will be released closer to launch date, but DNotes will be organizing a direct, 1:1 coin swap with the new DNotes 2.0 upgrade. Company co-founder Alan Yong has stated that the DNotesVault will play a major role in expediting the conversion process. The launch of DNotes’ new Bitcointalk Forum will be well placed to keep all its stakeholders as informed as possible while ensuring a wider public participation in the launch event and community dialog.

Yong believes that businesses are at the forefront of the digital currency revolution and must take on the responsibility to evolve their services to make adoption more accessible and readily available to consumers. This progressive type of thinking has led to the company’s critical choice to develop its platform on C#, rather than the Bitcoin Core’s C++ source code.

A huge part of the company’s strategy is to create an ecosystem comprised of numerous innovative building blocks. The building blocks include ‘CryptoMoms’, a currency neutral site dedicated to encouraging female participation; DNotesVault – a free secure storage for DNotes’ stakeholders with 100% of its deposits guaranteed with verifiable funds; DCEBrief – an information media outlet that delivers news on the latest developments in the world of digital currency; and CRISPs – a family of Cryptocurrency Investment Savings Plans for people around the globe. CRISP aims to provide the general public with an opportunity to attain a great financial freedom, through blockchain technology adoption.

Youg suggested that the company’s commitment to the significant new changes with DNotes 2.0 is just the beginning, as they look to expand further the company’s blockchain innovations for businesses and consumers leading into the future.