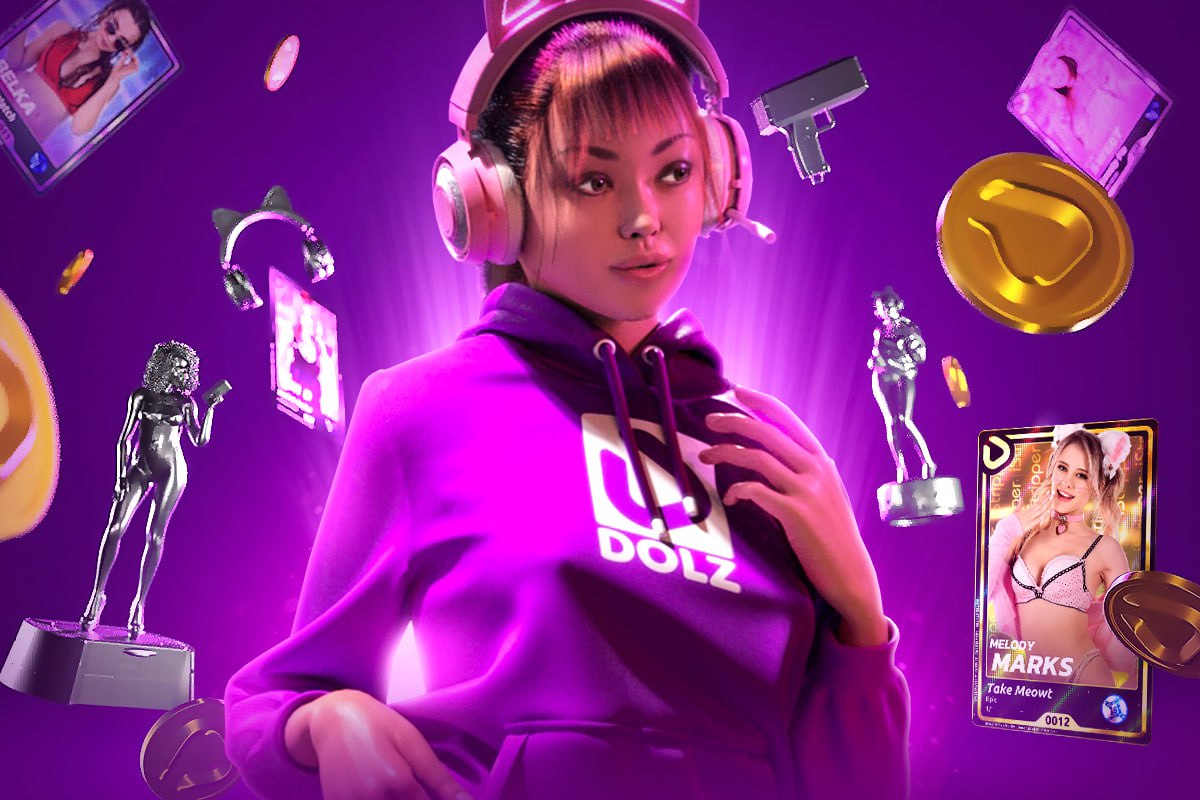 Non-fungible tokens are an evolution for collectibles in a completely digitized era. Now, the metaverse warms up for Dolz.io, an adult-themed metaverse that launched a presale back in November of 2022. Raising over $862,000, the project became one of the most successful ICOs in a bear market environment.

Their native token DOLZ has now been listed on Uniswap and Quickswap with a low circulating supply which broadens the horizon for the budding project. The token has already achieved a +110% since its listing.

American citizens, which account for over 60% of their user base, can invest in Dolz.io, allowing them to participate in the ecosystem.

With over 20 years of experience in the adult industry, Totem Media’s venture to the metaverse would be fruitful for sure!

A little background on Totem Media

Totem Media has been a major competitor in the adult industry space. Since the launch of VirtuaGirl, Totem Media’s first product which then became iStripper, the company has been expanding its operations.

iStripper, which consists of collecting cards containing video shows,  is considered as the “Sorare of adult entertainment”.

In 2018, Totem Media launched VRParadise, the first 3D VR strip club ever created. This was greeted with a warm welcome as it promptly became the top 20 most-sold games on Steam.

During this lengthy time, the company has also partnered with major players in the adult industry with names like AVN, JulModels, and Marc Dorcel on their list.

Safe and sound for investors

The Dolz.io code has been evaluated by Solidproof, a blockchain and smart contract security auditor. This ensures that the ecosystem is built safe for the participants overall.

How does the Dolz ecosystem work?

The beating heart of the project is the DOLZ native token, which allows users on the platform to buy iStripper and VRParadise NFTs.

The iStripper NFTs also have 40 minutes of exclusive and uninterrupted content. Dolz.io is also implementing a novel “Watch to Earn” system which rewards users when they buy and watch content on the platform.

With over 900 models on their lineup, users on the platform won’t run out of content to watch and enjoy.

The VRParadise NFTs can be used in both the virtual reality game and the upcoming metaverse of the ecosystem. This second class of NFTs can be used to run your own virtual strip club. These strip clubs can be customized and made fit to your liking. It will also feature customizable characters for the true metaverse experience.

Staking and getting unique NFTs

The DOLZ token can also be staked to generate BabyDolz which can be used to obtain unique NFTs from other collections.

With some rare NFTs only available for BabyDolz holders, there is merit for users to stake their DOLZ tokens.

iStripper and VRParadise NFTs is also listed on OpenSea, allowing Dolz.io users to buy NFTs directly from other market participants. The platform also has a fan token. Holding this type of token on the Dolz ecosystem would allow investors to have a say on what would happen next on the platform.

Whether it be on-boarding new NFT collections or choosing the next VRParadise maps, investors will have true control over what they will get, ensuring satisfaction in the future.

Blockchain solution to a booming industry

The adult entertainment industry has been steadily growing ever since its inception. Using Totem Media’s own words:

“It may not be common knowledge for many, but our industry fueled a lot of the technological advancements we have the pleasure of using today.”

This innate relationship between the adult entertainment industry and technological advancement can be seen in Totem’s blockchain venture. In the United States alone, the industry is growing by 12.7% with a high estimate of $15 billion.

This makes the U.S. a major player in the adult industry. With Dolz also using virtual reality and NFTs – which are both fast-growing industries – it allows U.S. investors to participate in a new environment for the pornographic industry.

What to expect from the listing

As it was said earlier, over 60% of iStripper’s user base were unable to participate in the presale because of legal reasons. But with the token getting listed on major exchanges, we can anticipate big gains that will support the project and bring more attention to the platform.

Along with DOLZ being listed on exchanges, the first drops of the iStripper NFT collection would also occur at the same time. The metaverse component of the platform would also come later this year.