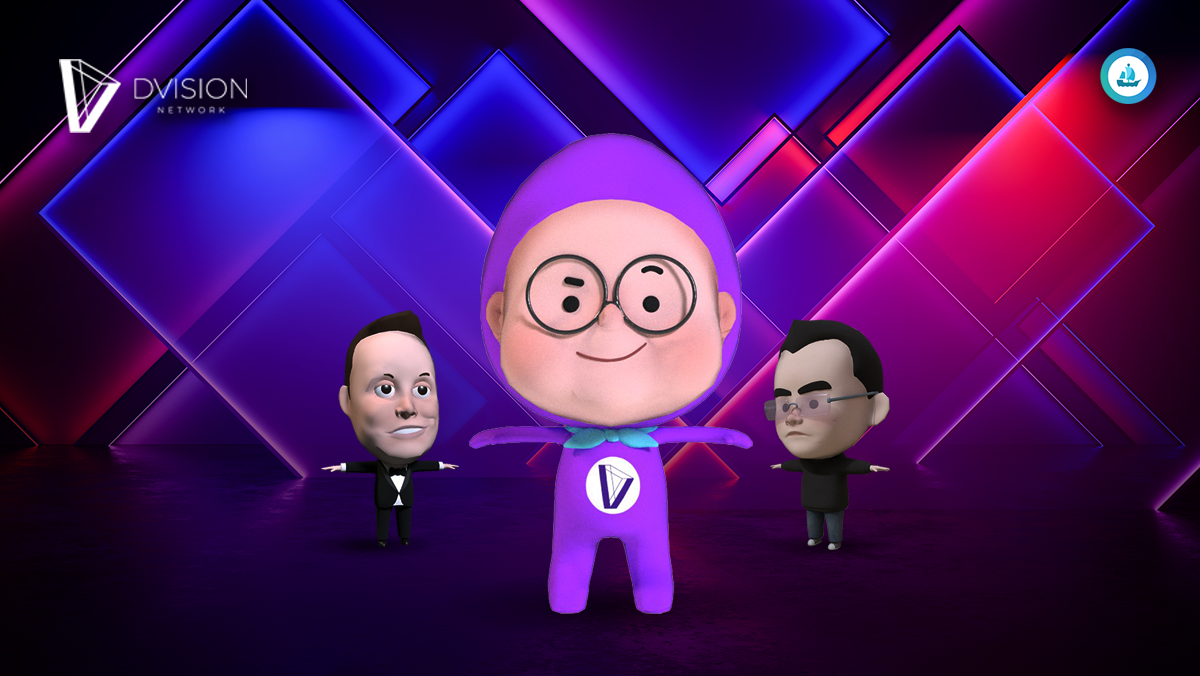 Blockchain-based virtual reality platform Dvision Network is finally releasing the first limited-edition NFT item that will be placed for auction on OpenSea Marketplace. Dvision revealed this in a tweet on March 30, 2021.

According to the tweet, the first item to be auctioned is the “Dvision Boy” character. The NFT character is the first in the highly anticipated Limited Edition series and will usher in a new era for the Dvision ecosystem. The auction on OpenSea marketplace will start at 3 PM KST on March 31 and last for a week. NFT lovers and investors will be able to place bids on the NFT item until the deadline elapses.

It should be noted that Dvision Network had earlier revealed on March 15 that it was planning to release five of its limited-edition NFT characters. The blockchain platform also stated that the characters would be auctioned on OpenSea marketplace one at a time.

Dvision Boy is the first out of the five characters, and the buyer will have exclusive access to receive NFT assets from the limited edition series that will be launched on the Dvision NFT marketplace. In addition, Dvision Network will also add other incentives, including NFTs from other limited-edition series, that can be traded on primary and secondary markets.

NFTs have recently dominated the crypto space, with more people making digital versions of their works and selling them on different NFT marketplaces. As a virtual reality blockchain platform, NFTs represent a significant section of the Dvision ecosystem.

Dvision is currently developing its native NFT marketplace that will enable users to create and sell NFT items. Also, the platform will release more NFT items in the coming weeks that will place a key role in its metaverse. Apart from the development of NFTs, Dvision Network has been working on listing its native token DVI on multiple exchanges.

Some weeks back, Dvision Network revealed that it had won the Bithumb Open competition. As a result, DVI token was listed in the Korean Won market of the exchange on March 29, 2021. This means that a trading pair of DVI/KRW has been added by Bithumb, exposing the token to more traders and investors.

DVI had previously been listed on Bithumb as DVI/BTC pair and this development is a major one for the blockchain platform. Dvision Network continues to grow with new partnerships inked in recent weeks.

Dvision Network announced on the 30th that it has signed an MOU with ZMVR, the largest VR service platform in China. Under this agreement, the two sides will create mutual benefits and discover potential business opportunities by developing and constructing blockchain-based VR solution technology. Also, the two platforms will share information necessary for the promotion and marketing of affiliated products and services.

Dvision Network provides a web-based real-time streaming 3D VR metaverse service so that users can easily experience metaverse contents such as fairs and games. On the Division platform, anyone can easily create NFT items without any development-related expertise. Division’s NFT trading system enables monetization by directly connecting creators and consumers without intermediaries. This serves to connect the virtual world to reality.

All these products are powered by the Dvision Network utility token DVI, listed on several exchanges, including Uniswap, Bithumb, Coinone, and Hoo.