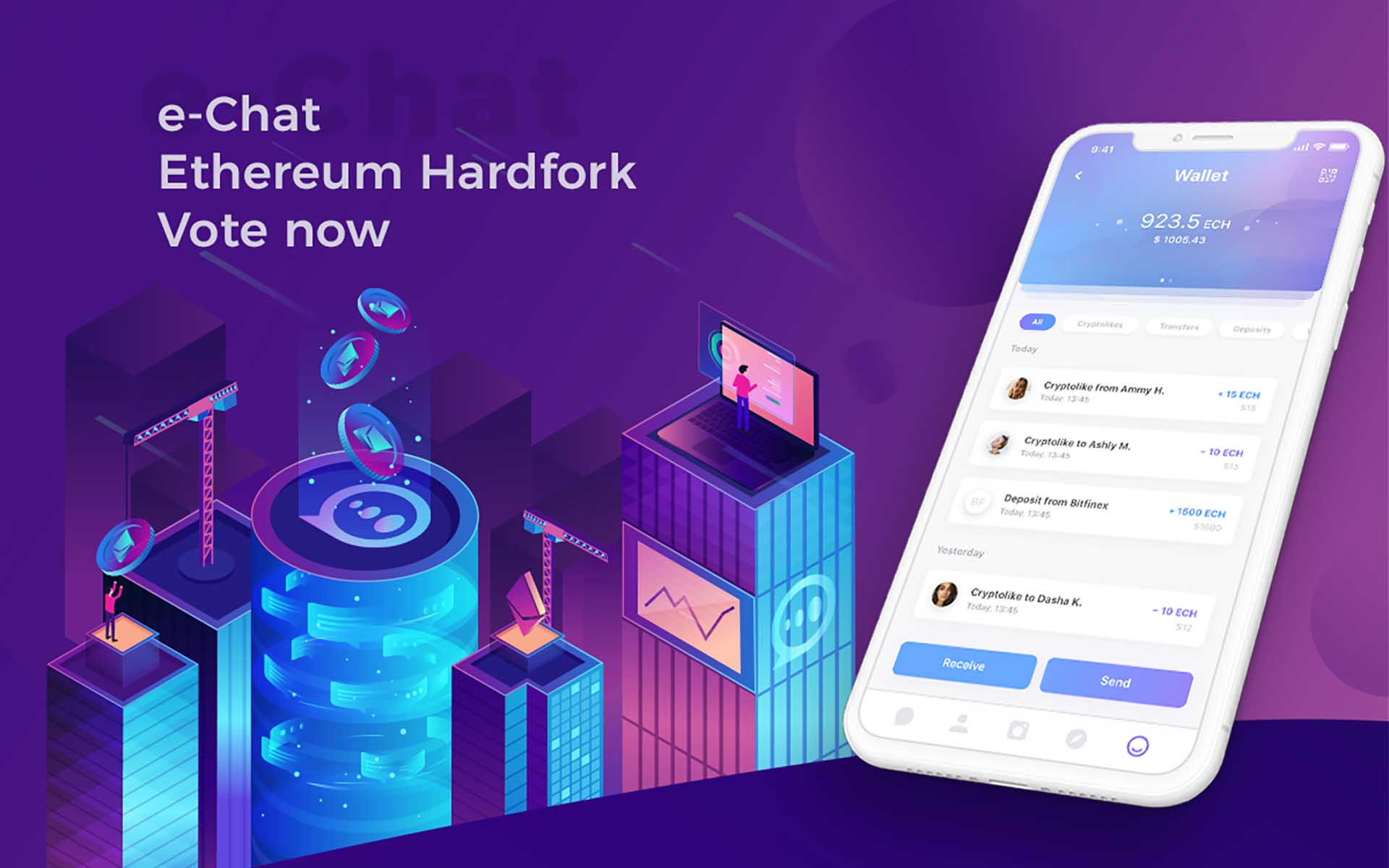 e-Chat can conduct Ethereum Hardfork after the ICO

Hardforks in the Bitcoin system don’t surprise anyone anymore, but the Ethereum fork, carried out simultaneously with the ICO conducted by the e-Chat team is really something revolutionary for the entire crypto-community.

The thing is that the project has long outgrown the limits of the usual blockchain-based messenger and transformed into an interesting, self-developing start-up.

The e-Chat team decided to transform the messenger into a multi-functional platform where any participant or business can create their applications based on the e-Chat platform, as well as create their own tokens to pay for services provided both inside the application and outside it. A wide range of services will be available, from a taxi to a babysitter in the neighborhood. Similar functionality exists in the WeChat application, but the degree of protection in it leaves much to be desired, and all payments are possible only in fiat currency. At the moment, the only competitor to the e-Chat project may be Telegram, which launches the ICO in March 2018, but it will happen only in March, and the guys are conducting ICO already now.

Ethereum – e-Chat fork, can be held in early March. Making such an uncompromising step, the team of e-Chat mobile blockchain platform has 3 goals:

Why Is It Profitable for Investors?

The situation is not standard since the futures trading of the ECHT coin will soon be launched on some crypto-exchanges, which will provide a benchmark for traders. All issues of converting ERC-20 tokens into fork coins will be determined by the voting of investors.

The approach of the team that appeared on the ICO with an already running application is indicative, which is gaining in popularity both among ordinary users and popular bloggers, such as: Xenia Sobchak (presidential candidate in Russia in 2018), Jay Alvarrez (an extremely popular Travel blogger, 6 mln subscribers), Victoria Lopyreva (Ambassador Of FIFA WC 2018) and many others.

At the moment, e-Chat has launched a vote among investors in order to determine the further development path of the project, the team will change the concept in case if the majority of investors vote for the fork.

All details can be found on the official website and in the social networks of the project.