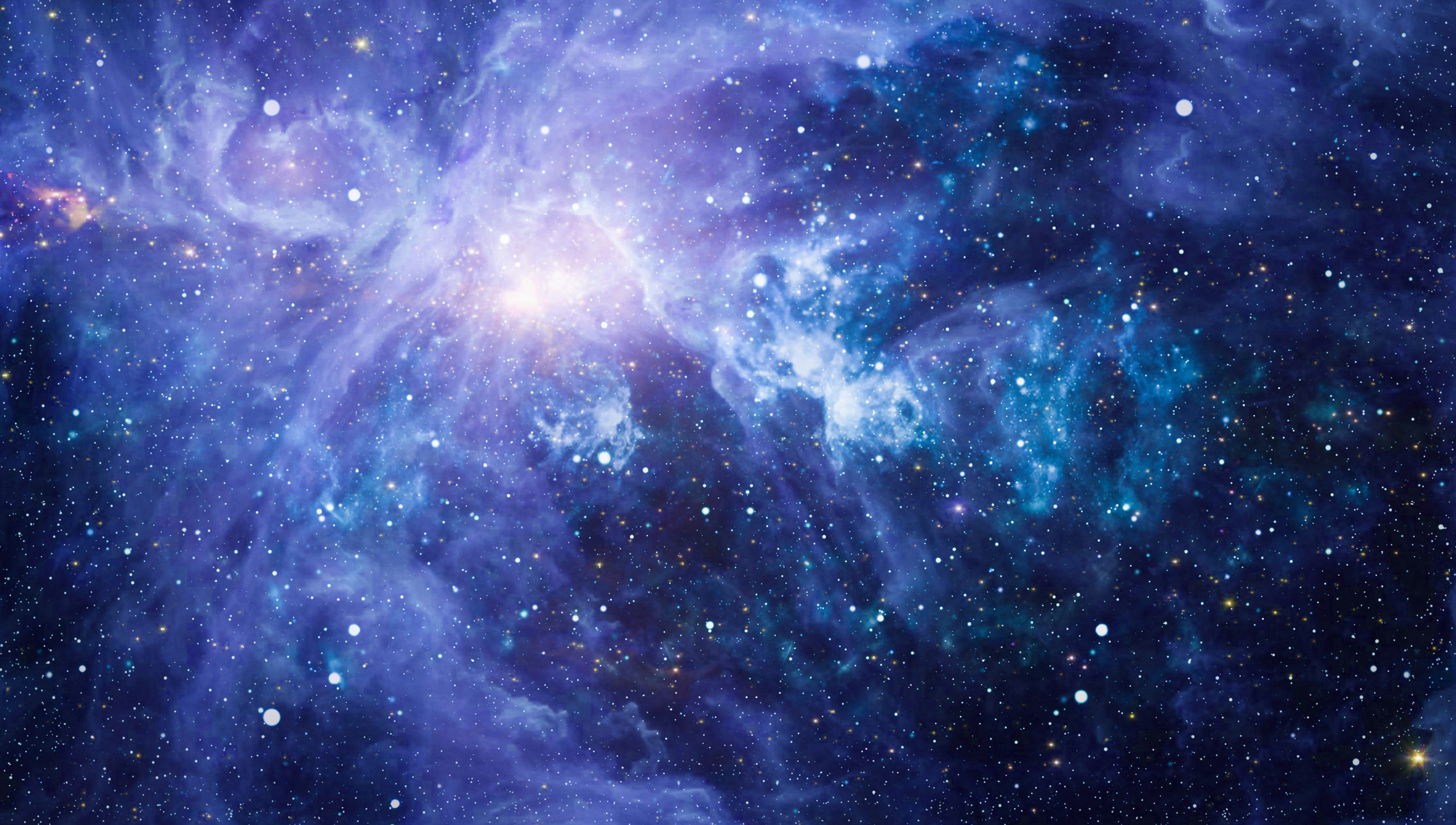 A narrative has formed over recent months that Bitcoin is closely correlated with gold.

But according to a recent analysis shared by a crypto trader, BTC may actually be closely correlated with silver. The issue with this correlation is, silver’s price action is preceding that of Bitcoin by a few weeks.

The trader in question shared the chart on August 23rd. The chart shows that should Bitcoin’s trajectory continue to follow that of silver, the cryptocurrency will soon trade at $20,000. After hitting $20,000, the fractal also suggests that BTC will move to $30,000. 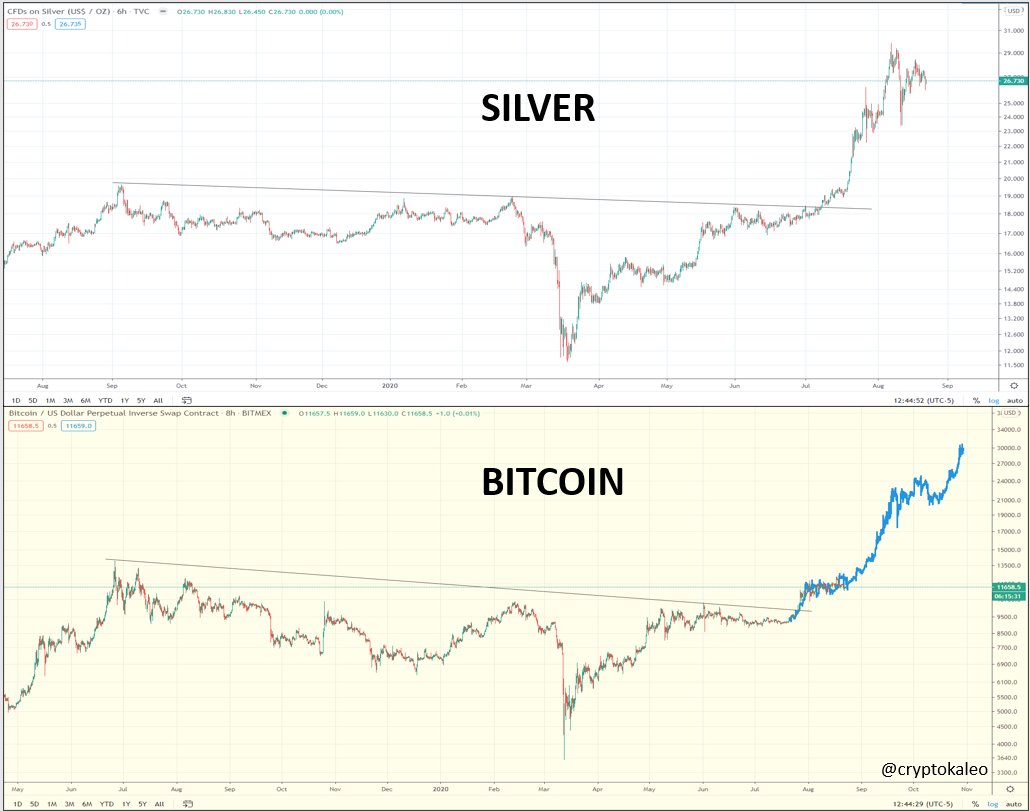 Few analysts actually expect Bitcoin to hit $30,000 this year, especially in just a few months. But many analysts and investors, like BitMEX’s Arthur Hayes and Galaxy Digital, are adamant that $20,000 will be breached in 2020.

The fundamentals, like the silver fractal aforementioned, also suggest that Bitcoin is likely to move higher from here. 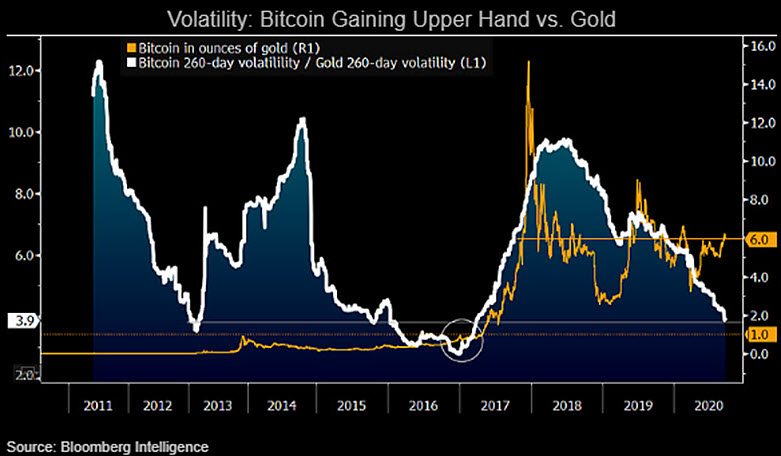 McGlone has been touting the Bitcoin bull case for months now.

Also core to his positive sentiment is the influx of investment the cryptocurrency space is seeing, exemplified by institutional money flows through the CME, Grayscale, and other avenues:

“Bloomberg Intelligence Commodity Primer – Something unexpected needs to happen for #Bitcoin’s price to stop doing what it’s been doing for most of the past decade: appreciating. Demand and adoption metrics remain favorable vs. the #crypto asset’s unique attribute of fixed supply.”

McGlone says that Bitcoin could hit $20,000 in 2020, citing the similarities between this market cycle and the last one.