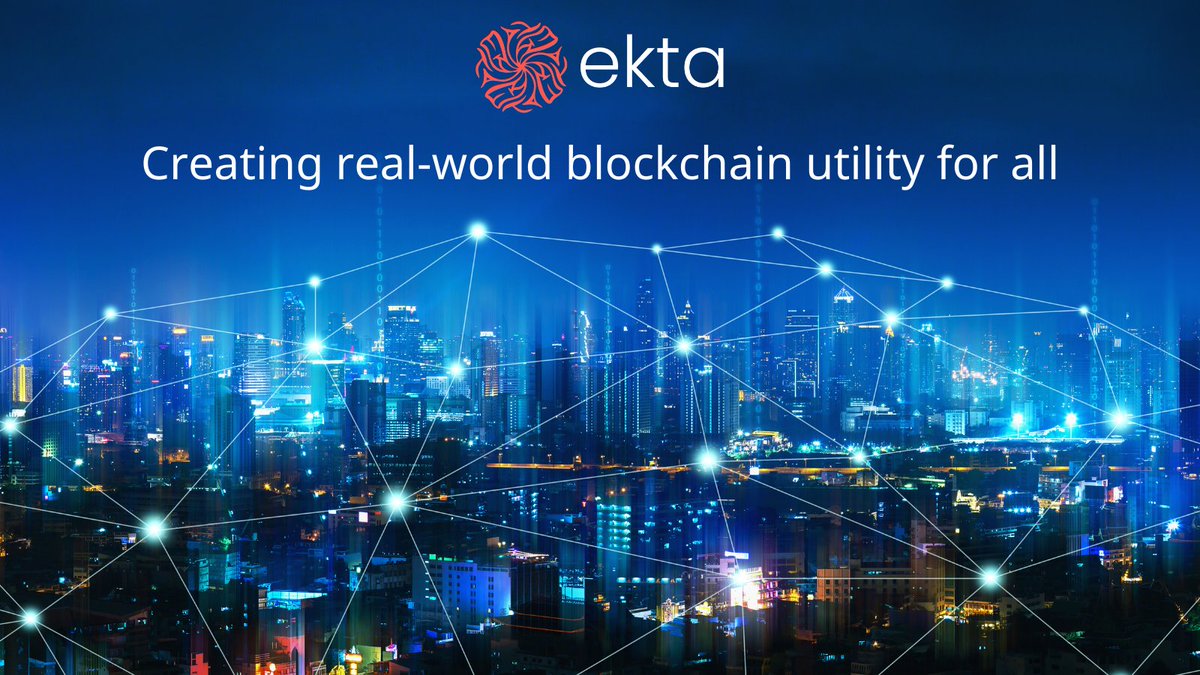 Ekta is a new decentralized protocol that aims at creating a bridge between the physical world and the virtual world. It operates by using blockchain technology in tokenizing real-world assets. Hence, as a cross-chain protocol, Ekta empowers digital analogs to represent real-life physical assets.

Ekta provides users with the right platform for engaging and developing a profitable and better life through its operation. Also, the operation of the Ekta ecosystem decentralizes all relationships, such as access to capital has been streamlined. This enables investors to engage their funds and experience huge flourishing in return seamlessly.

Ekta is thrilling on its roadmap and will soon be launching its new NFT marketplace in March. This move into non-fungible tokens comes with great expectations as NFTs are progressively making massive waves in the world of digital assets. Several brands and individuals now use NFTs for advertisement, sensitization, marketing, community engagement, and other creative movements. But with Ekta’s initiative, NFTs will now have sustainable value as they will receive the backing of real-world assets, cases, and relevant physical utilities.

Established in August 2021, Ekta as a decentralized project aims to align the physical world with blockchain technology. It is rolling out its new NFT marketplace that depicts transparency and trust for all NFT enthusiasts to engage and transact.

Also, the upcoming NFT will mint HAVE. The launch of the NFTs will collaborate with Finns Bali as the first and major developer.

Furthermore, Ekta’s vision inculcates establishing a cross-chain NFT marketplace that will facilitate the trade, exchange, and share of virtual assets backed with physical assets. The marketplace will be a point of connection for many NFT developers, owners of the tokenized physical assets, different bands, and individuals who have a great interest in NFT collections.

Ekta’s Mission and Vision for Its Marketplace

The mission of Ekta as a blockchain project cuts across establishing a connection between the digital world and the real physical world. Its protocol executes its plans through blockchain in creating value for the two worlds as they connect.

Additionally, Ekta pushes for actualizing its goals by employing economic policies that eliminate greed but imbue empathy. So, the project maintains its core principles of developing a society whose foundation is in humanity and altruism.

In conformity with its operation, Ekta will provide its users with an NFT marketplace with NFTs of fractional and total ownership of real-world assets.

Below are parts of the Real-world assets that could back NFT collections.

Ekta accommodates the tokenization of different assets from customers. These could categorize as properties or utilities despite their location worldwide.

The Ekta ecosystem in its functionality comprises many features like the NFT marketplace, the Ekta’s Hybrid Exchange (Hybex), upcoming wallet, and the bridge.