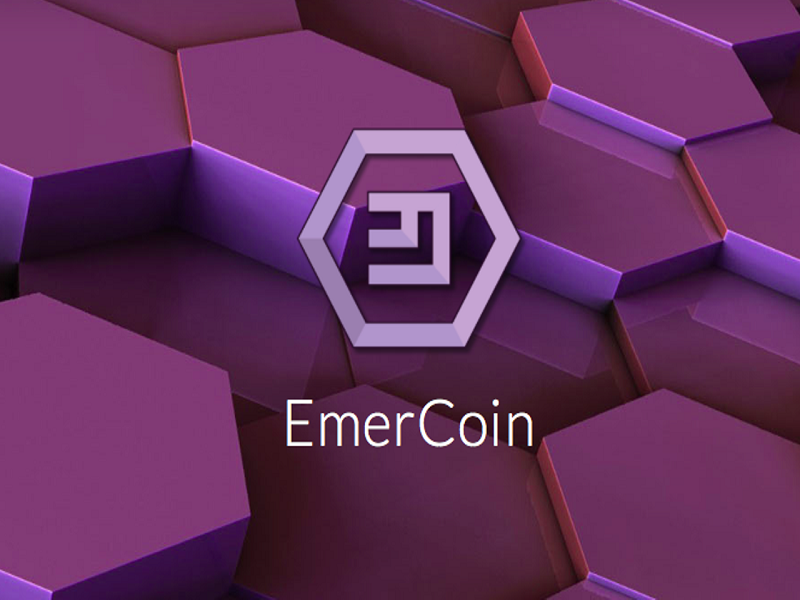 Though cryptocurrencies have received much attention with the rise of Bitcoin, what has resulted in more excitement and utility for real businesses has been what is possible using the underlying technology of cryptocurrencies, the blockchain. The team at Emercoin have matched creative ideas for what blockchain solutions are capable of to comprehensive technical approaches for solving issues surrounding current, centralized models of commerce.

“I am often asked why EmerCoin is so named. It is from the word ‘emergence’ — signifying the emergence of new properties in the system, more than the sum of its components. This fusion, synthesis, evolution.”

As a leader in blockchain-based network security solutions, and worldwide Public Key Infrastructure (PKI), Emercoin has focused on three areas they feel they can add the most value: the workings of the Internet, online advertising and legal verification practices.

Founded by Shumilov in December 2013, Emercoin was established as the currency for a variety of internet projects including social networks, research projects, networking, and gaming, as well as supporting and sponsoring high-tech projects such as robotics, electric vehicles and submersibles.

Shumilov recalls some of their earlier innovations leading to applications in streaming content.

“At that time, we offered the library for streaming content payment in SIP telephony. We hoped that the counterparties will be able to exchange traffic and money at the same time,” said Shumilov.

“Perhaps this method [was] ahead of [its] time, telephone operators were skeptical. It’s a pity. After some improvements, our library allow[ed] you to make money on any type of streaming content.”

As the company developed they moved into solving what they saw to be more pressing and addressable challenges in the space of decentralized blockchain services within the Emer platform.

Now, Emer is a platform that offers two primary product umbrellas, a blockchain-based platform for a variety of of services including security, advertising, and legal. It is also a payment services unit in Emercoin which also runs through the Emer platform.

While the name Emercoin might be recognizable from the standpoint of being a cryptocurrency used to send and receive payment and is ultimately tradeable, it is just a piece of what makes the Emer platform so valuable in the services it offers and the problems it can solve.

For developers seeking to build products or solutions based off of the Emer platform, they’ve provided a quick-start guide for deploying an Emercoin wallet on an Ubuntu instance within Microsoft Azure.

Considering other high profile blockchain-based companies have been given direct access to develop through the Azure virtual environment, Emer is in good company with developers doing serious work with serious technology.

This move is integrated into the “Blockchain Engine” project, designed to easily integrate blockchain innovations into existing businesses and startups.

They all offer pretty much the same features and weaknesses. Despite many hosting and domain companies being well-guarded from an IT perspective, they are still subject to DDOS attacks and even governmental influence.

For a company operating within a region of the world that might be subject to censorship or attack from hackers, a decentralized platform for a DNS, SSH and SSL is a saving grace.

Blockchain for Legal Records and Verification

Digital proof-of-ownership is just one example of what the Emer platform offers to merchants who are looking to both scalably and transparently store records of both digital and physical assets on the blockchain.

From a resolution of land title disputes between law offices to licensing associated with anything from streaming video services to anti-virus software subscription, the Emer platform helps manage these processes.

In addition, the verification of these records is much simpler to access and complete using the Emer platform as all records are kept securely and accurately on the blockchain.

This can lower costs and the time spent both from a customer perspective and from the lawyer’s perspective, removing the need to deal with physical documents to complete routine transactions.

One problem for several websites is online advertising, a key source of revenue, and managing payment models with advertisers.

Both ContextOne and Advendor use emcLNX as basic technology for their ad-tech businesses which allow them to more efficiently manage contracts between advertisers and publishers and the delivery of traffic or clicks between them.

Using decentralized blockchain ledger technology through Emer, the often mysterious space between publisher, advertisers and the middleman has been bridged.

Users will no longer need to deal with the limitations of Adsense, which requires a minimum of $100 in ad revenue to withdraw and a bank account to withdraw into.

This is especially attractive with the concept of Emercoin, which is a currency capable of exchanging payment between parties participating in the ad network.

With an eye towards innovation, Emer and Emercoin are also looking to use their blockchain technology to move into the area of streaming content online.

By using a decentralized, peer-to-peer payment model, users could pay through their browser for the exact amount of content that want to consume.

Chief marketing officer at Emercoin Stanislav Polozov spoke on how he sees Emer playing a role in the future of blockchain technology.

“We want to be in the market for a long time and provide a bunch of services. We’re not a pump-and-dump coin.”

Polozov added, “VPN peer to peer connections — any protocols for that matter — can be made absolutely safe using blockchain. We will build on other protocols if enough people need them.”

“If people demand a solution, we will create it using Emer. Emer blockchain based solutions and products are bricks for people to build their own distributed structures.”

The team at Emercoin continues to focus on the fusion of their technological applications to real-life problems. The synthesis of new ideas and the evolution of the platform expand the realm of what is possible with blockchain and this will only continue to grow.