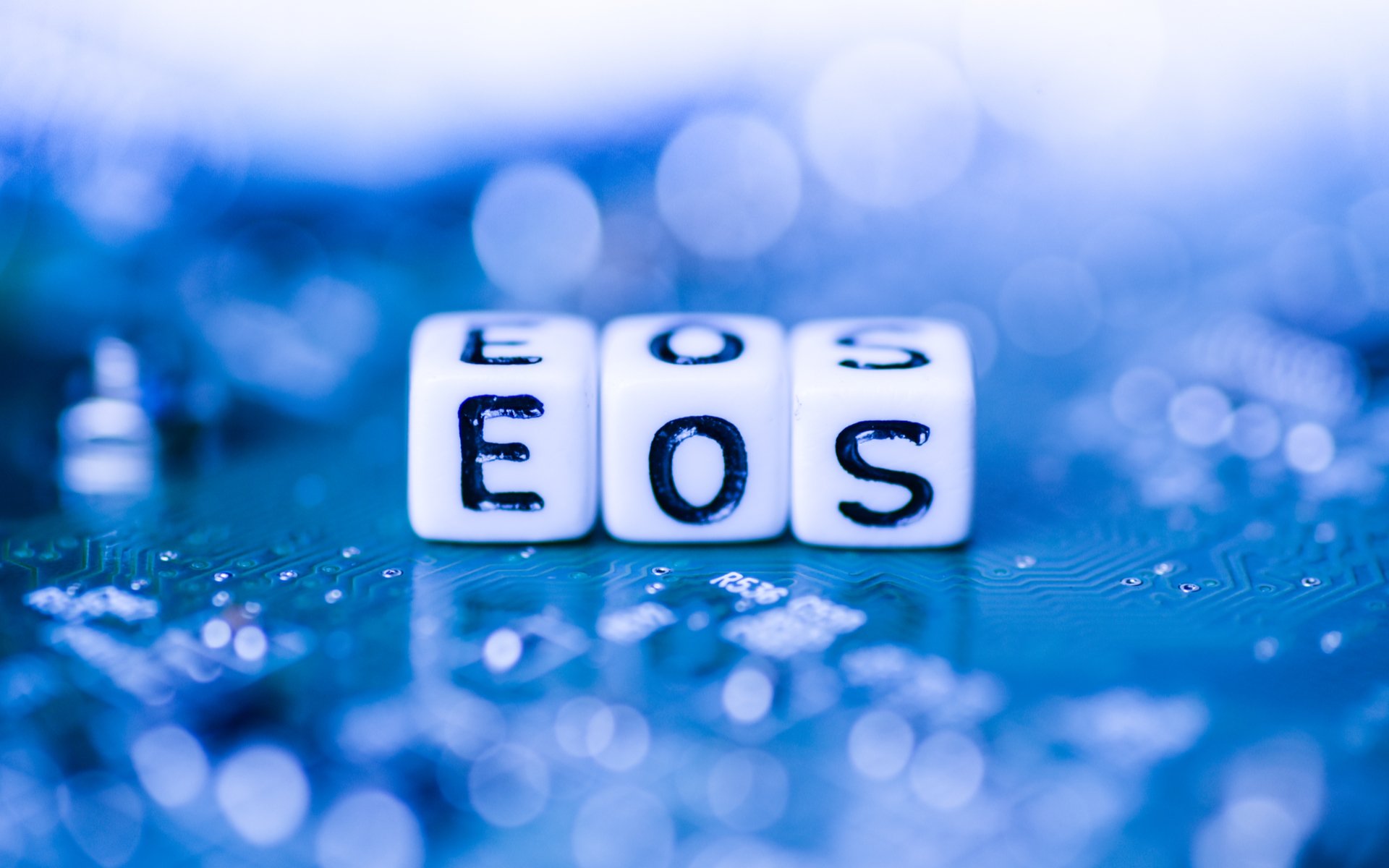 EOS Produces Its First Block But Votes Not So Decentralized

Having passed the 15 percent threshold needed for a quorum to be constituted, the EOS network is now up and running as all normal functions are supposedly activated.

In an official announcement, the team said that the network has successfully produced its first block. Yet, taking a closer look at the voting statistics shows alarming signs of centralization and concentration of power.

As previously reported, 50% of all EOS tokens are held by a mere 10 addresses. Also, a total of 1000 addresses hold 85.81 percent of all 1 billion tokens distributed during the year-long Initial Coin Offering (ICO). This gives means for serious centralization of the voting power, which might already be taking its toll on the outcome of the important vote for Block Producers (BPs).

A closer look at the distribution of votes reveals some serious whalish behavior. Bitfinex, which is one of the leading candidates, currently standing 8th on the BP list, has received more than 50% of its votes from just 4 voters. 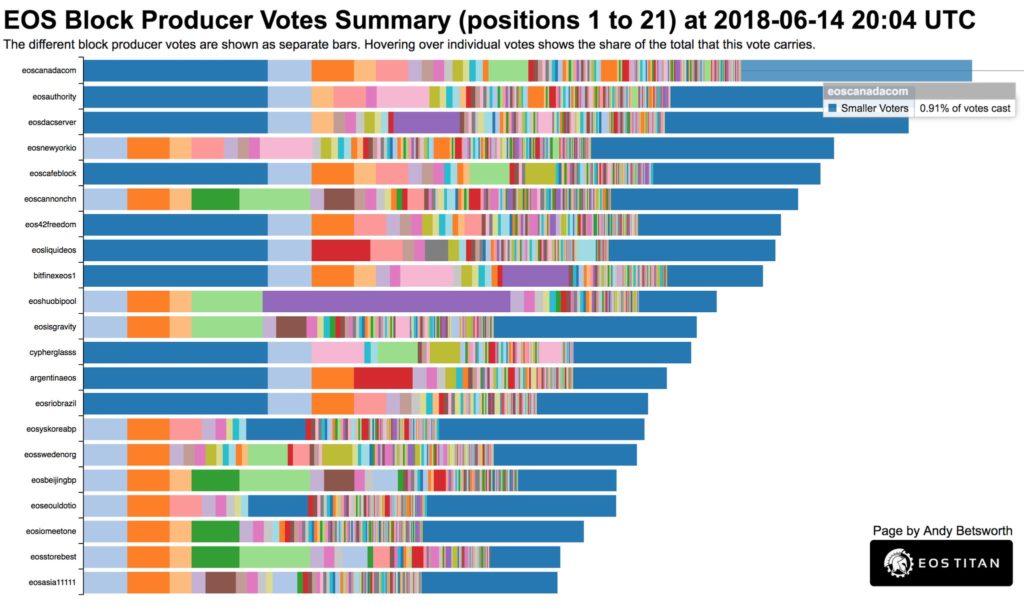 Most notably, the top voter (gyzdcmjwgmge), has allocated more than 8,500,000 votes to Bitfinex, accounting for roughly around 27% of all the votes the cryptocurrency exchange has received. The numbers can be seen here.

Another example of the discrepancy can be seen with another BP candidate – EOS New York, which received 50% of its votes from more than 40 voters in total.

Clearly, having powerful friends with lots of tokens does come with its perks. And while EOS’ main goal is to “Decentralize Everything”, the current condition of its BP vote painfully reminds us of traditional governance structures, which the project hopes to replace.

But Hey! The First Block is Produced!

EOS team officially announced the production of the network’s first block. The official launch of the mainnet took place on June 10th following the unanimous vote of the EOS Mainnet Launch Group (EMLG). Initially, the launch was intended to take place on June 1st, but critical vulnerabilities discovered in the network pushed back the event.

Now that 150M EOS tokens have been used to vote, the mainnet is officially ratified with EOS price reacting with a roughly 5 percent increase over the past 24 hours. Reaching a quorum of 15 percent was a condition necessary to unlock the functionalities of the network. Furthermore, users can now start unstaking their tokens and reclaim them after a three-day waiting period.

At the time of writing this, only a little over 17 percent of the tokens have been used to vote and we have yet to see which entities will be elected as BPs. This will clearly have a huge impact on the further development of the EOS’ network. However, the centralized distribution of tokens attributed to only a handful of addresses has vested serious power in just a few token holders, which could have a big impact on the EOS network moving forward.

Do you think we’ll see just a few BPs controlling the entire EOS network? Don’t hesitate to share your thoughts in the comments below!