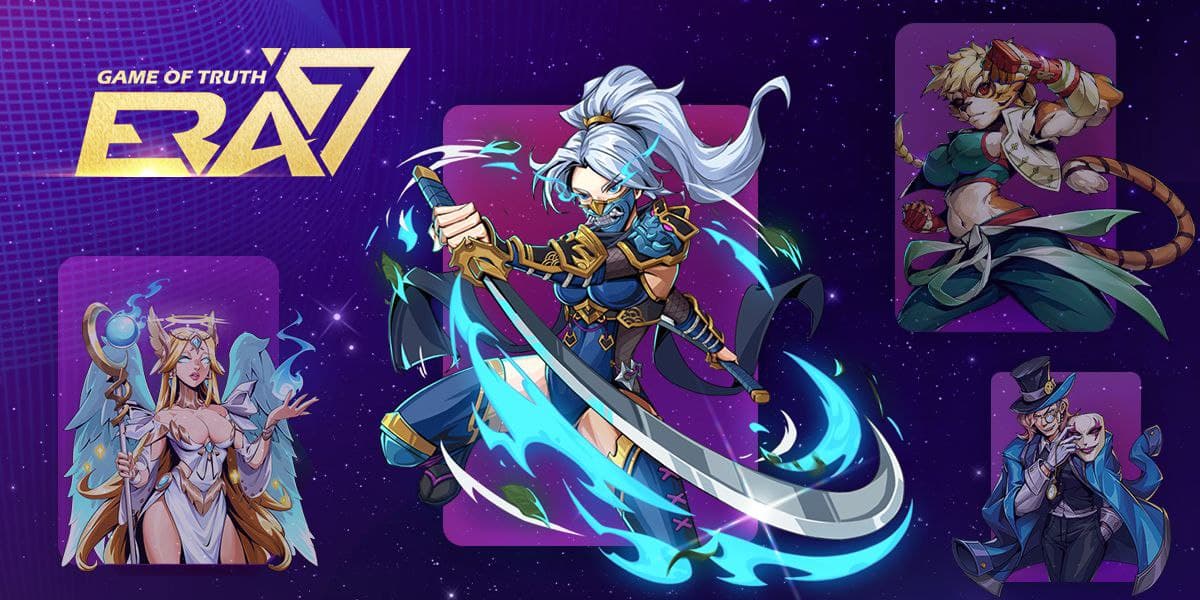 BSC-based (Binance Smart Chain) Era7: Game of Truth is set to open the sales of its first batch of NFT Mystery Boxes on 20th December 2021, paving the way for the launch of Era7’s most anticipated Play-to-Earn NFT Trading Card Game in the first quarter of 2022.

Era7’s journey into the blockchain gaming space is backed by some of the biggest names in the industry, who have rallied behind its vision and mission. To date, Era7 has completed its seed round and an initial private round of financing, led by Hashkey and MOBOX, and a dozen other renowned VCs and institutions including Huobi Ventures, OKEx Blockdream Ventures, Good Games Guild (GGG), AU21 Capital, AlphaCoin Fund ， Waterdrip Capital and more.

Funds will be directed towards the ongoing game development as well as marketing and operations.

The upcoming NFT sale provides a good opportunity for early supporters to benefit from the privileged pricing of the unique trading cards. In the first batch of NFTs on sale, while the Mystery Boxes are priced the lowest, buyers will be able to enjoy privileged pricing across all NFT trading cards. Endowed with different features, all cards have intrinsic in-game value and can hold considerable upside potential in the TCG market as the trading cards gain increasing value alongside growth in the game’s popularity and a corresponding scarcity of the NFT cards on open markets.

Indeed, for fans of the game, this is the perfect opportunity to strategically collect cards and position themselves early in the game, not to mention an excellent opportunity to invest early at the lowest prices for future returns.

According to Era7, they will also implement an NFT airdrop right before the NFT sales to reward the community for their continued support and commitment to Game of Truth.

Era7: Game of Truth is the first trading card game to deploy the concept of NFTs and DeFi to captivate gamers with its unique Play2Earn features. Designed to drive traditional gamers to GameFi, Era7 gives them and blockchain gamers the opportunity to earn, own, and exchange in-game items with real-world monetary value.

By providing modestly competitive and fast-paced gameplay, combining combat and strategy, Game of Truth hopes to become every gamer’s choice. In a three-minute game, players may think about how to configure and strategize their greatest decks in PVP (player-versus-player), PVE (player-versus-environment), and other tournament types to win the game as well as token rewards.

The Era7 developers aim to establish a market-oriented approach for the Game of Truth. By combining cutting-edge technology and ground-breaking new gaming innovations, Game of Truth’s target of being a TCG benchmark in the world of GameFi looks poised to take off.

About Era7: Game of Truth

Era7: Game of Truth is a Play-To-Earn NFT-based trading card game (TCG). It offers the perfect combination of traditional gaming and decentralized finance (DeFi) to gamers, bringing an entertaining gaming experience while providing an avenue to earn.

According to Era7 ancient folklore, the seven races on the continent of Truth battle against each other for supremacy all year long, to vie for the title “King of Truth”. The victor from the Game of Truth emerges as the ruler of the continent whereby he and his race then enjoy the highest honors in the land.