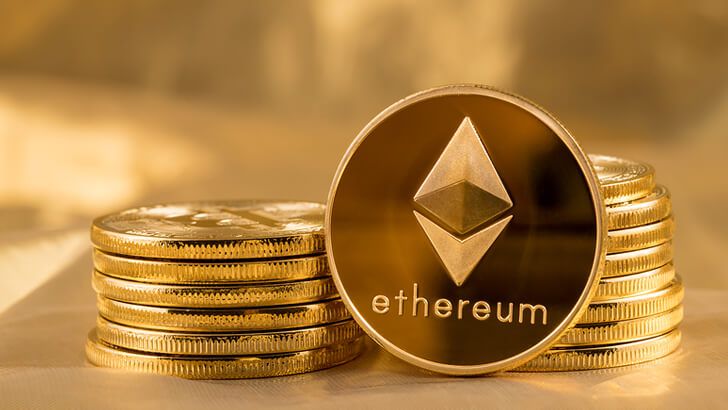 Ethereum exchange reserves have now hit a new low for the first time in over two years. According to CryptoQuant, this number has plummeted from 26 million from June last year to less than 21 million by July 2021. This seems to be in tandem with the increase in the price of Ethereum. Over the months, as the price of ETH has gone up, the exchange reserves have continuously gone down.

Exchange reserves are the available supply for selling, altcoins purchasing, and margin trading on exchanges. Now there are less and less of this amount available on the exchanges.

The Rise Of Ethereum Staking

With the announcement of ETH 2.0 came the ability for investors to stake their coins and get returns on them. Ethereum moving from proof of work to proof of stake meant that the network would not need validators. Validators are the medium of confirming transactions on a proof of stake network. This means that people could conveniently run their own node.

Interestingly, it only takes 32 Ethereum coins to be able to run your own node and be a validator. Given this, more and more investors are taking the option of staking themselves. This method is meant to be safer since you have access to your own private keys while staking. As long as you know what you are doing and do it correctly.

This has meant that users are now taking their coins out of exchanges and putting them in their own private wallets. As long as they have enough coins, they can set up their own nodes and can staking their ETH on their own terms.

This leaves only the investors with a lesser amount of coins leaving their coins on exchanges. The exchanges have collectively lost over 5 million coins from their reserves in a year. And it is expected that this number will likely continue as more investors get into staking.

A staggering 6 million ETH has now being staked in ETH 2.0. The number of validators in the network has now surpassed 179,000 and counting.

There’s a popular saying amongst crypto investors. “Not your keys, not your coins.” This saying did not just sprout out of nothing. Your coins on exchanges are technically not yours because you do not hold the keys to the coins.

This means that if something were to happen on the exchange, you would be out of luck as attackers would be able to assess your coins. This is why long-term holders do not leave coins on exchanges. Coins are only left on exchanges to be traded with or used in the short term. Investors transferring their Ethereum coins to wallets they control could account for some of the drops in exchange reserves.

As more people understand the workings of the market, they understand the best way to save your coins. And this is to put it in a wallet where you control the keys.

Wallets like Ledgers give you seed phrases when you first get a wallet. Users can write their seeds down and they are the only ones that can access them.