Ethereum Fees on the Rise as dApps Gain Popularity

A handful of decentralized games are causing Ethereum transaction fees to rise, the price of gas doubling over the past week.

Ethereum is a platform that allows developers to created decentralized applications, including games. Some of our readers may remember the CryptoKitties craze back in December, a game that allowed trading and breeding of unique cats. Some of the digital pets were extremely rare, with a few of the scarcer cats selling for tens of thousands of dollars.

It seems like the network strain is back, as several new dApp games are starting to gain steam. According to Dapp Insight, over 10k Ether has been transacted via Ethereum based dApps in only 24 hours, consuming 14 million in gas. The average fees in USD are approaching $0.60, a threefold increase in fees from just two months ago.

Ether Shrimp Farm is one of the most popular games on the network right now, putting players in control of their own virtual shrimp farm looking to maximize their production. Players can trade shrimp eggs to each other that can increase their shrimp output. Another game, Ether Cartel, has players control a narcotic empire using an idle point and click format. It’s currently ranked number one on some dApp tracking sites, with over 11,000 transactions being performed over the last week. 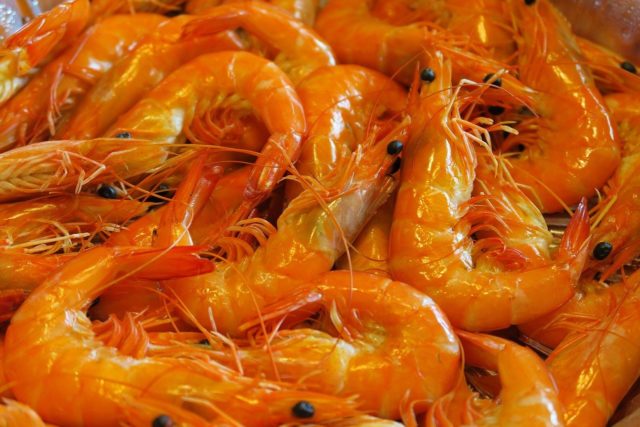 Although Ethereum has a plethora of dApps in development that provide real-world use cases, games are currently dominating the market. While playing games on a highly secure distributed network may be fun, some observers look at this congestion as signs that Ethereum is nowhere near full-scale adoption. If a shrimp farming simulator can cause fees to increase, a large scale dApp could bring the entire network to a complete halt.

Ethereum developers do have solutions in the works for scaling. Projects such as sharding and plasma are hopefully coming to the network soon, which will allow for much higher transaction throughput.

Have you noticed the rising Ethereum fees? Have you tried any dApp games on the network? Let us know in the comments below!