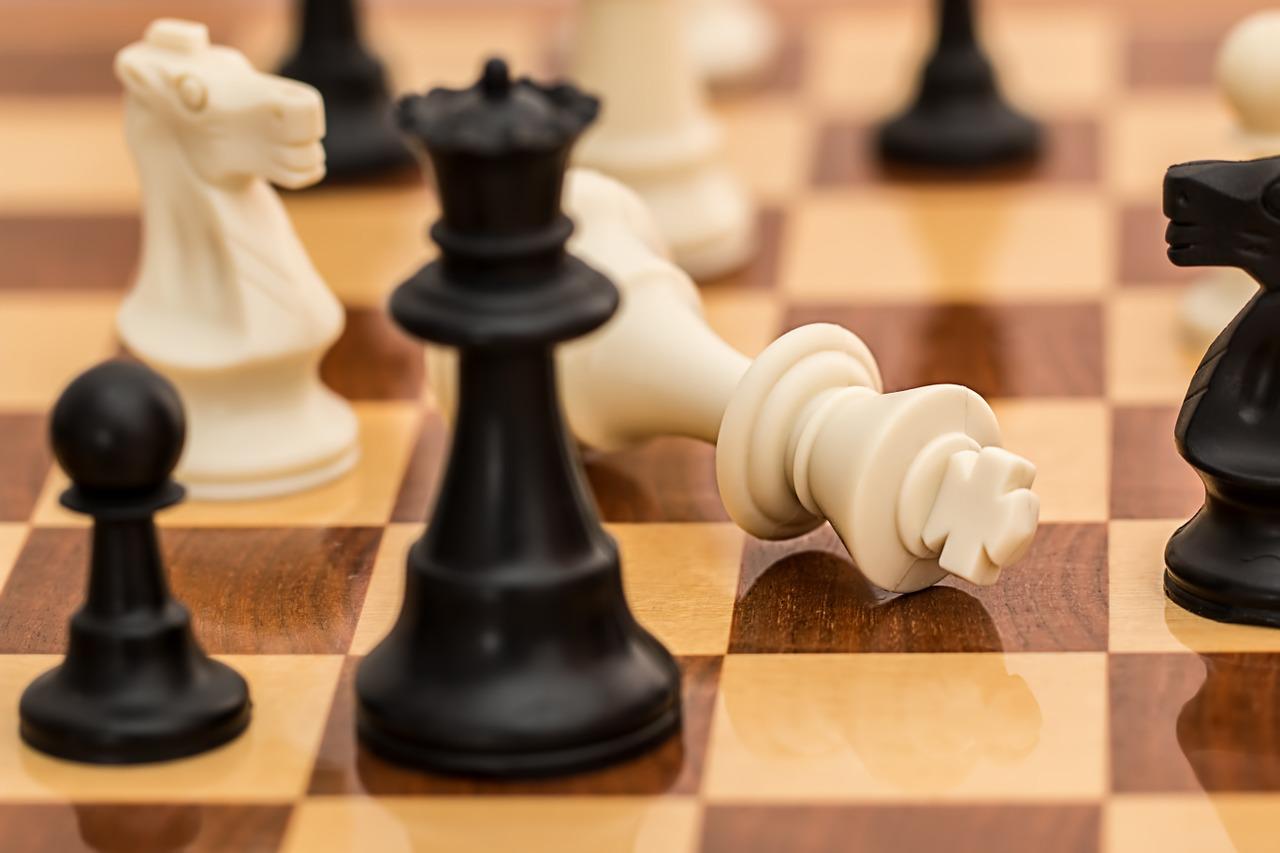 GameFi has been a particularly interesting landscape over the past year, and while the cryptocurrency market at large has been middling – in the midst of heated debates around whether we’re in a full fledged bear market (and if so, how long it will persist) – many other subsets within the crypto market have taken hits. NFTs, DeFi, and GameFi have been no exception.

While ‘blue chip’ NFTs have persisted, middle to small projects have taken a beating, and while DeFi is far from the grave, the impacts of the Terra Luna destruction will likely have lasting ripple effects within DeFi. That leaves us with GameFi, which has seen a strong decline in active users, according to new reports, and carries longevity concerns amidst an often critical audience.

Let’s review the state of GameFi today and what we can expect moving forward.

GameFi’s Decline: A Pullback, Or Reason For Bigger Concerns?

In a new weekly report from Arcane Research, the first two quarters of the year have shown to be a reality check that followed a booming Q4 2021 for blockchain-based games. As details from the report outline in the screenshot below, active users in the top Ethereum-based blockchain games, including the likes of Axie Infinity, The Sandbox, Decentraland, and more, have declined by roughly 96% from November 2021 peaks.

It would be hard to find a prime example of the current state of the GameFi market looking any further than the current state of Axie Infinity, the once pioneering Play-to-Earn title in the GameFi market that has since seen it’s in-game currency, Smooth Love Potion (SLP) dissipate this year. We covered a deep dive on how that happened earlier this month. Axie, of course, is still standing and is still positioned as a market leader, but there’s still much to learn for builders in the space. 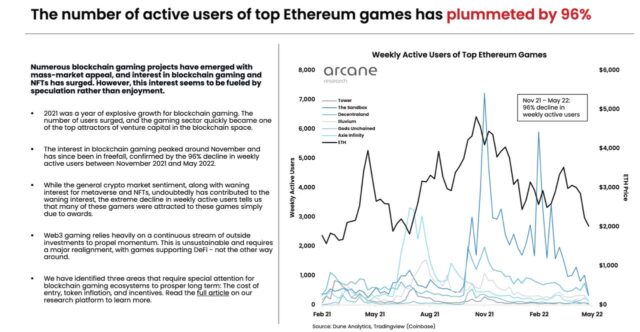 The Arcane team comes to a couple key conclusions here: the first is that a slower momentum in the metaverse and NFTs has certainly contributed to this decline in audience numbers, but that the reduction in financial rewards has played a key role in the audience decline too. GameFi needs to find more avenues of sustainability, and good products entering the market should help fuel that. The second conclusion here is that Arcane envisions three major pillars of attention that the market needs to hone in on: cost of entry, token inflation, and incentives. These are, of course, a tough balance. 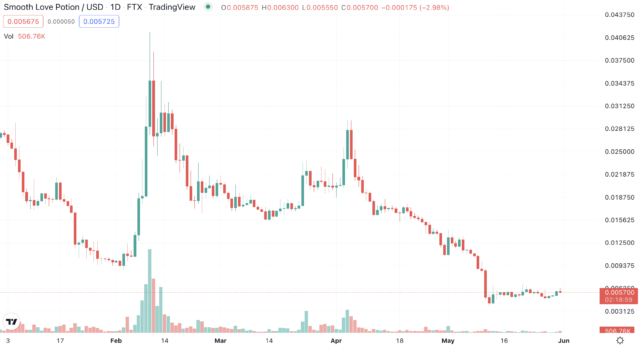 What We Know From This Audience & Market

There is still an abundance of opportunity in the gaming and crypto crossover space. One apt and timely example can be found from a report we published earlier in May providing a perspective on a small survey study from major esports organization NRG Esports. The main takeaways: Rugpulls, shilling, and other generally negative behavior has turned away gamers from trying out NFTs. The broad NFT ecosystem, which still sees Ethereum as the market leader despite aggressive gas fees, still has a long way to go with regards to a smooth on-boarding process, too. However, a majority of gamers surveyed by NRG believed that play-to-earn stands to make a positive impact on the gaming environment at large.

The audience is undoubtedly present, regardless of how mainstream gaming developers feel about the issue. Should the market dictate it, the suppliers will eventually provide it; however, until a major P2E competitor hits the market that threatens traditional publishers and developers, it could be a slow burn. Of course, building a video game takes blood, sweat and hours (not to mention capital).

While not every “xyz-to-earn” model will survive, certainly in the short term, there are still plenty of reasons to remain optimistic on play-to-earn once more structural pieces enter the fold. The inherent ties of in-game rewards throughout some of the biggest games on the market today is a major reason why the emergence of blockchain-based games has been such an aggressive category. However, in the short term, larger market waves will undoubtedly effect individual game economies, and some of what we’ll likely determine “logical” in P2E in a few short years is likely undiscovered today.

Related Reading | What Cardano’s Hoskinson Said About Terra: In The End Slow Wins