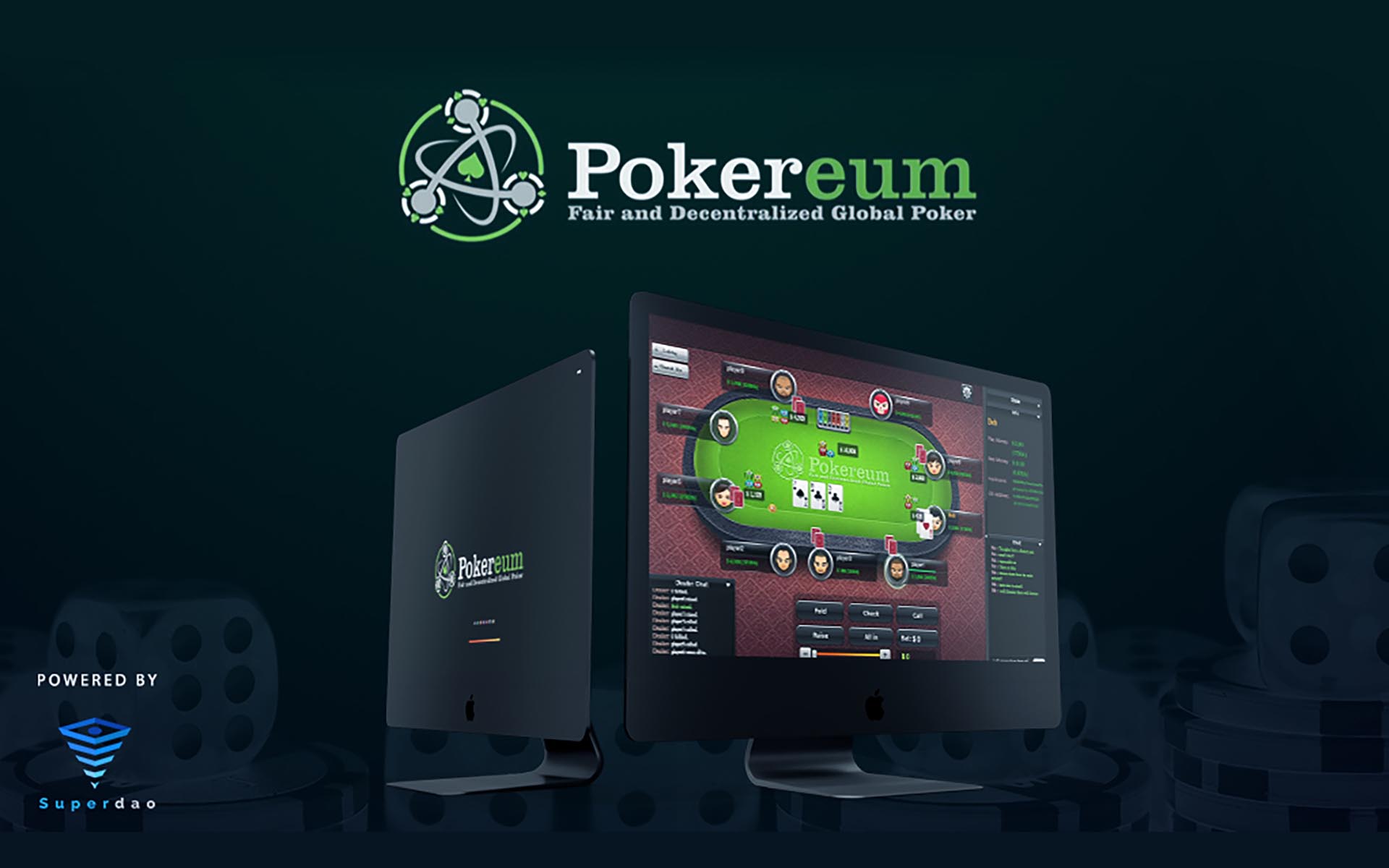 Pokereum, a decentralized poker DApp that uses smart contract and client-side cryptography to provide efficient, provably fair, secure and decentralized global poker, has released a demo that is now open to the public.

Pokereum is the first poker DApp to be announced and is the most mature poker program in the Ethereum ecosystem – factors that have attracted interest from a number of major brands in the online poker industry. SuperDAO (Pokereum’s sponsor DAO) currently has an open pre-ICO / token pre-sale to support its expanding team – including newly acquired developer alumni from Uber, the New York Times, and Google. The pre-sale is the only funding round for the organization’s development activities.

The decentralized poker solution was first conceived by SuperDAO’s founder Oladapo Ajayi in 2013 – ahead of Ethereum’s public release – and was later revised for the genesis of the Ethereum blockchain in a white paper now branded Shadowpoker: a mental poker solution to the difficult problem of decentralized gaming. The full Shadowpoker release is coming to the Ethereum testnet (Ropsten) 4 weeks from the current demo release as indicated in a new blog post. Pokereum is expected to provide massive rewards to its backer upon launch to the Ethereum mainnet.

Also in the pipeline is a new media-oriented product of significant interest to backers old and new. The media DApp will offer more benefits to Superneum token owners in the form of work based token rewards according to a blog update. Although SuperDAO has not yet released additional details regarding the DApp, upon its launch the new DApp will be providing an immediate value proposition to users and an incentive to backers of the organization bolstering the value of SuperDAO’s software protocol tokens: Superneums.

The SuperDAO project has also limited it fundraising effort to pre-ICO only. This bold move positions the project team to avoid duplicating work-efforts and will allow active participants (holding SUP) earn more reserve tokens by doing useful work in its soon-to-be-announced media DApp. In the coming months, holders of SUP tokens will be able to mine up to 45% of all SUP tokens through a SUP-stake-based mechanism. Originally that 45% allocation, was earmarked to be distributed through a crowdfunding mechanism, but this new system will allow new and existing backers to double their Superneum tokens by work-based reviews on things like the upcoming demo release. To get in on this opportunity, check out the Pokereum demo at http://demo.pokereum.io/.

For information about the SuperDAO pre-ICO please visit http://claim.superdao.io/. To learn more about Pokereum, please download the project white paper and check out the public demo.