After law enforcement agencies from Austria, Bosnia and Herzegovina, Germany, and the United Kingdom met in December to plan an operation against the cybercriminal group DD4BC (Distributed Denial of Service – DDoS – for Bitcoin), an official with Europol has told Bitcoinist that Bitcoin, and other crypto-currencies, is playing an increasing role in all criminal activities.

Europol Says Bitcoin is Being Used in Cybercrime 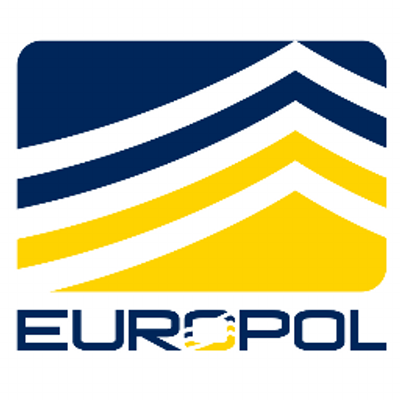 Law enforcement initiated Operation Pleiades, during the course of which a member of DD4BC was arrested, and one more suspect detained. Numerous property searches took place and evidence was gathered in an operation started by Austrian authorities, and supported by Europol’s European Cybercrime Centre (EC3) and the Joint Cybercrime Action Taskforce (J-Cat).

Distributed Denial of Service (DDoS) attacks remain a considerable threat in the European Union and beyond. This type of extortion attack has become a well-established criminal enterprise and has affected thousands of victims globally, with the number of unreported incidents believed to be much higher. The absence of reporting by private companies and individuals poses particular difficulties in law enforcement’s efforts to prosecute these cyber threats.

DD4BC made headlines after using Bitcoin to extort money from people whose laptops the criminal organization had hijacked. Primarily having targeted the online gambling industry, DD4BC also targeted the financial services and entertainment sector, as well as high-profile companies.

“Law enforcement and its partners have to act now to ensure that the cyberspace affecting nearly every part of our daily life is secure against new threats posed by malicious groups,” Wil van Gemert, Europol’s Deputy Director Operations, said. “These groups employ aggressive measures to silence the victims with the threat of public exposure and reputation damage. Without enhanced reporting mechanisms law enforcement is missing vital means to protect companies and users from recurring cyber-attacks.”

According to Europol, Bitcoin played a role in detaining the suspects.

“As Bitcoin was the payment system exploited by the cybercriminal group to receive the ransom payments, it played a role,” a Europol representative wrote Bitcoinist via e-mail. “However there were many other elements in this investigation.”

According to the representative, the arrests could unravel more clues.

“All operations, arrests and house searches performed are new sources of information and they could entail new developments in the criminal cases investigated by the law enforcement agencies; therefore, the case is not fully closed until all the information from the operation has been properly analysed,” the representative wrote. “This work is currently ongoing, therefore we cannot provide more details on this for the time being.”

“Bitcoin and other crypto-currencies are playing an increasing role in all criminal activities, not only cybercrime,” the Europol representative wrote. “EC3 cooperates with law enforcement, the private sector and academia to find suitable solutions to tackle this phenomenon.” According to the representative, it is likely the threats will change.

“Technology is in continuous development, offering new possibilities for cyber-criminals but also to law enforcement agencies that are investigating their criminal activities,” the representative wrote. “Law enforcement investigations face a number of challenges, for example the use of crypto-currencies, anonymisation, etc.; however, as stated above, there is a continuous effort to improve the existing investigative techniques and analytical possibilities. EC3 will constantly monitor these developments to provide a better support to our stakeholders.”

As federal agents have enunciated at FinTech conferences in the past, there are numerous investigations ongoing in the crypto-currency space at any given time. In many cases, as seems to be the case in Operation Pleiades, Bitcoin helps lead investigators to suspects.

What do you think about this statement from Europol? Let us know in the comments below!