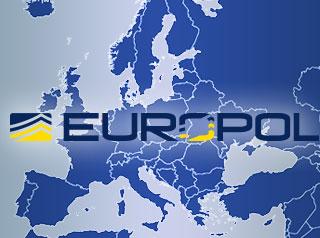 When Monero (XMR) users choose to veil their transactions, they cannot be traced between the sender and receiver. This finding by an Europol official contradicts previous discoveries that XMR transactions can reveal some of the identities of users.

At least when it comes to the authorities, transactions on the Monero network remain impossible to trace. A recent presentation by Europol’s European Cybercrime Centre showed that even detailed research failed to reveal either IP transactions or coin movements.

Since the suspect used a combination of Tor and [Monero], we could not trace the funds. We could not trace the IP-adresses. Which means, we hit the end of the road. Whatever happened on the Bitcoin blockchain was visible and that’s why we were able to get reasonably far

The special interest in Monero transactions underlines the fact that European authorities are trying to curb anonymous crypto usage. In the past year, Europol cracked down on Bestmixer, one of the leading Bitcoin (BTC) mixing services. Still, even coin mixing BTC can reveal something about transaction origins.

But the combination of an anonymous coin and Tor browser seems to be the approach to mask all traces. The Monero protocol held a recent bug which may have exposed IP-addresses in the past, but now, there are more approaches to veil all data.

Anonymous usage, however, is only possible in peer-to-peer transactions. Exchanges that still carry Monero require that incoming transactions are de-veiled and linked to an account identity and more often, a verified real-world identity. But after withdrawing Monero, the coins can be obscured and their origins lost.

Other public blockchains, like Bitcoin and Ethereum, offer a difficult, but a transparent path to tracing all transactions. But once funds enter the Monero blockchain, the trail ends. Authorities have made it more difficult to transact between coins.

The inability to track the Monero blockchain may spell trouble for exchanges still carrying the coin. In 2020, new legislation is unrolling, which may push some exchanges to report not only fiat transfers, but also, when possible, a history of crypto assets and their origin. With XMR, this would be impossible to achieve in detail.

What do you think about Monero’s anonymity features? Share your thoughts in the comments section below!