Everybody Can Take Advantage of the World Cup with 1xBit 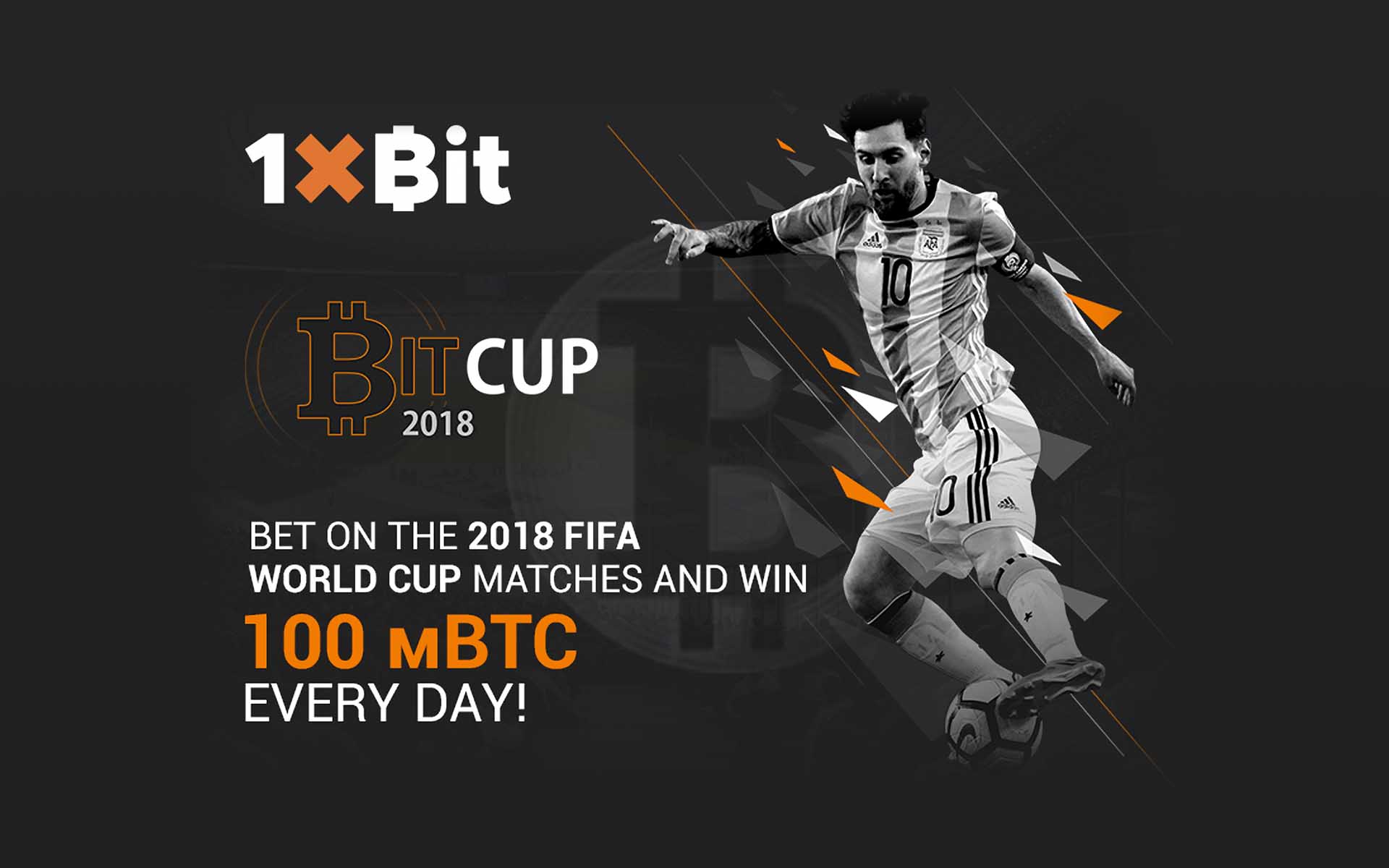 Everybody Can Take Advantage of the World Cup with 1xBit

You don’t need to be a professional bettor to make easy money on the World Cup matches with this promotion from 1xBit!

The 2018 FIFA World Cup that will take place in Russia later this month is the perfect occasion for everyone to celebrate, meet with friends and just enjoy the quality time and thrills provided by this international event.

What if you could do more than just watch the games on a big screen when you’re going out with your friends? What if you could be part of the game and make things a lot more interesting? If the answer is yes then you’re in luck, because 1xBit has prepared a promotion just for you.

Earning money and having fun at the same time? With 1xBit it’s possible! . Creating an account takes only a few seconds, and that’s not just a figure of speech. Afterwards, every bet of 2 mBTC that you place on any World Cup match starting  June 13th gets you with a ticket and automatically qualifies you for the lottery where you can win 100 mBTC daily.

It’s as simple as that, no other requirements or complicated Terms and Conditions, simply create an account and you’re good to go. Chances are that you’re already rooting for your favorite team so why not take advantage of that and multiply your winning chances with the lottery organized by 1xBit that has a total of 116 winners daily?

The more tickets you have, the greater your chances of winning are.1xBit makes it easy for you to collect tickets because all bets during the day are taken into consideration and accumulated towards the final ticket count. So, if you bet a total of 2 mBTC you get one ticket, 4 mBTC gives you 3 tickets, 8 mBTC gets you 5 tickets and so on. The maximum  you can get is 100 tickets t if you bet a total of 50 mBTC in a day.

Remember, this promotion is only available for 1xBit registered players, so you should create an account right now in order to be eligible for it. Have unlimited fun this summer with 1xBit and the FIFA World Cup.

What Would You Buy for $2.4 Million? Let BitStarz Help

We’ve had our fair share of big wins at BitStarz, but nothing really comes close to the life-changing $2,458,064 single spin win on Azrabah Wishes last year. What’s so awesome...