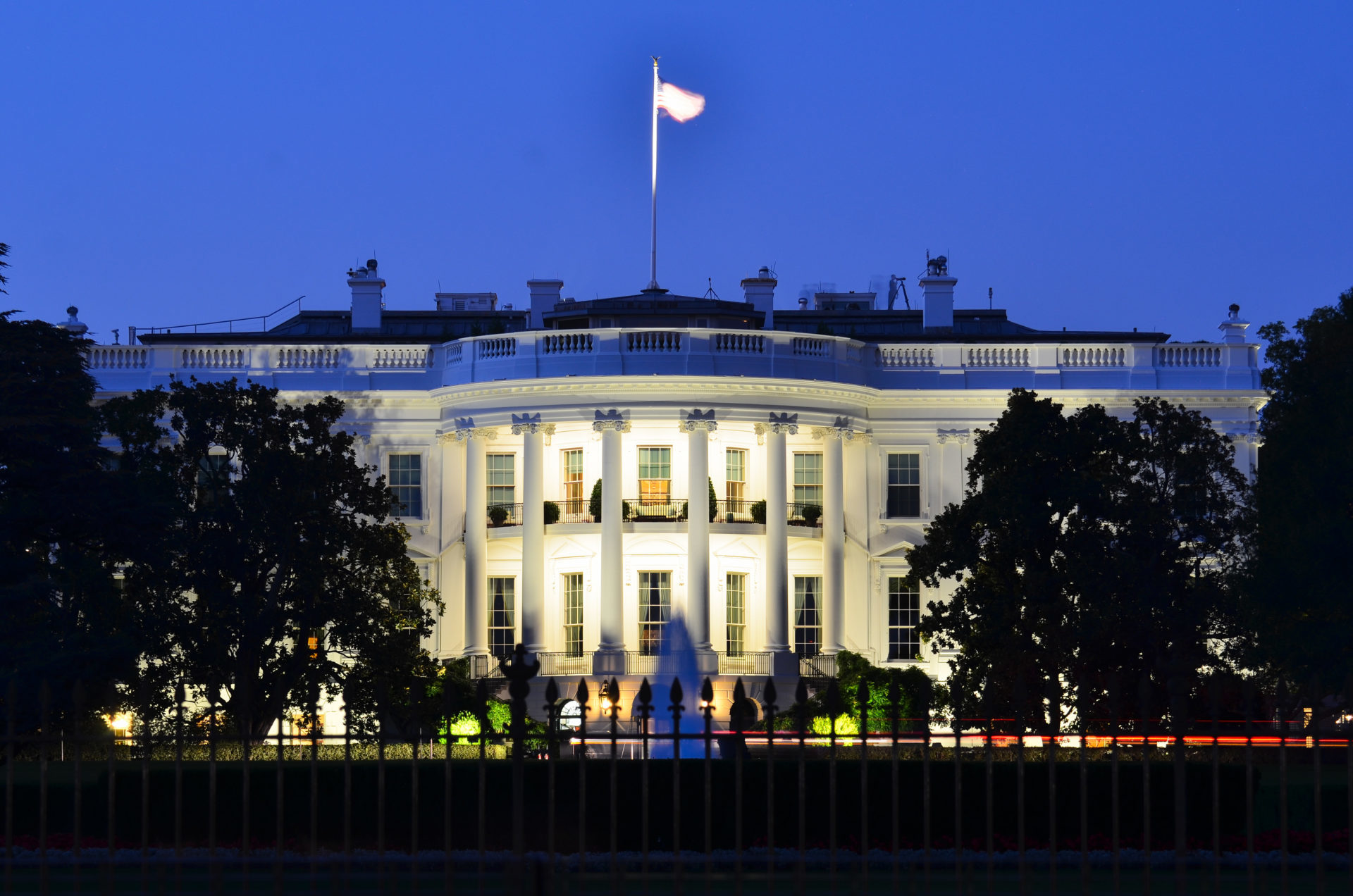 This massive slide in value may seem unprecedented but in fact, retracements of this magnitude have happened no less than four times in Bitcoin’s short history. To get a better understanding of Bitcoin’s price cycles please see this article that I wrote for Global Banking & Finance Review.

Because cryptoassets are such a new concept, we are still finding ways to figure out what the value of them should be. All assets in every market go through price discovery, but due to the rapid growth of the crypto industry, this process of price discovery is currently on steroids.

What does confuse me about market cycles, in every market, is the way that sentiment shifts to such extremes that traders end up preferring to buy when prices are high and to sell when prices are low when in fact they should be doing the exact opposite.

Bitcoin Advisor to the President

Please note: All data, figures & graphs are valid as of December 17th. All trading carries risk. Only risk capital you can afford to lose.

Stocks fell further on Friday with things turning downright ugly by the end of the day. There didn’t seem to be any specific catalyst or news story driving the sell-off, just more of the same backdrop that we’ve been talking about for months already.

One thing that did stand out on Friday though was that the banking sector was sold off more relentlessly than the rest of the markets as depicted in this graph from Bloomberg. 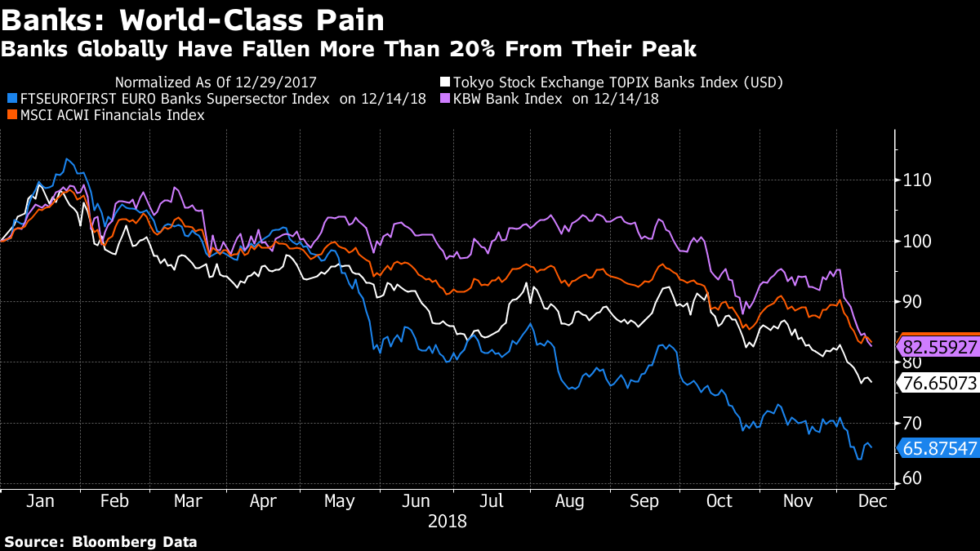 Also, it’s clear by now that US Stock markets are generally under more pressure than their global counterparts so far this month.

It makes sense too. The US seem to be the ones leading the whole monetary tightening trend, followed closely by the European Union.

We already heard from the ECB last week, which announced that it will be halting its QE purchases starting next year. This Wednesday we’ll hear from the Fed, which is expected to raise interest rates by a quarter point.

The US Government has until the end of this week to agree on a budget, and it does seem like they have their work cut out for them. Donald Trump is trying his best to include provisions to build a wall on the Mexican border but the Democrats are opposing this firmly.

If they don’t come to an agreement, we could very well see another government shutdown. Meaning, that the US stops paying its debts until further notice. This has happened no less than 20 times since 1976 and usually doesn’t last for more than a few days, but nevertheless remains a scary concept.

The feeling at the moment is that there will be a last minute temporary patch that will kick the can into early next year but we’ll see how this plays out. As far as the markets are concerned these type of events only add to the uncertainty.

Blockchain advocates have been celebrating the latest appointment to the White House Cabinet. Mick Mulvaney is a well-known supporter of bitcoin and digital assets and his promotion to White House Chief of Staff is definitely a big win for the community.

Mulvaney has not only been on record as supportive of digital assets but has even championed two separate bills designed to hasten their adoption.

However, the celebration may be a bit overdone. President Trump literally became famous for his catchphrase “you’re fired” and it seems his cabinet is no exception to this. Here’s a website that tracks some of the high profile departures and as you can see there have been quite a few.

It seems Mulvaney is no exception either and has already started his term on shaky ground. The top news story circulating this morning is a video in which Mulvaney called Trump a “terrible human being” during the 2016 elections.

Of course, efforts are already being made to smooth things over and we wish Mick the best of luck in his endeavors to promote positive blockchain legislation from his new position.

In any case, looks like we’ve got a nice surge in the crypto markets in the last few minutes. Looking forward to seeing where this is headed.

Have an amazing week ahead!!!