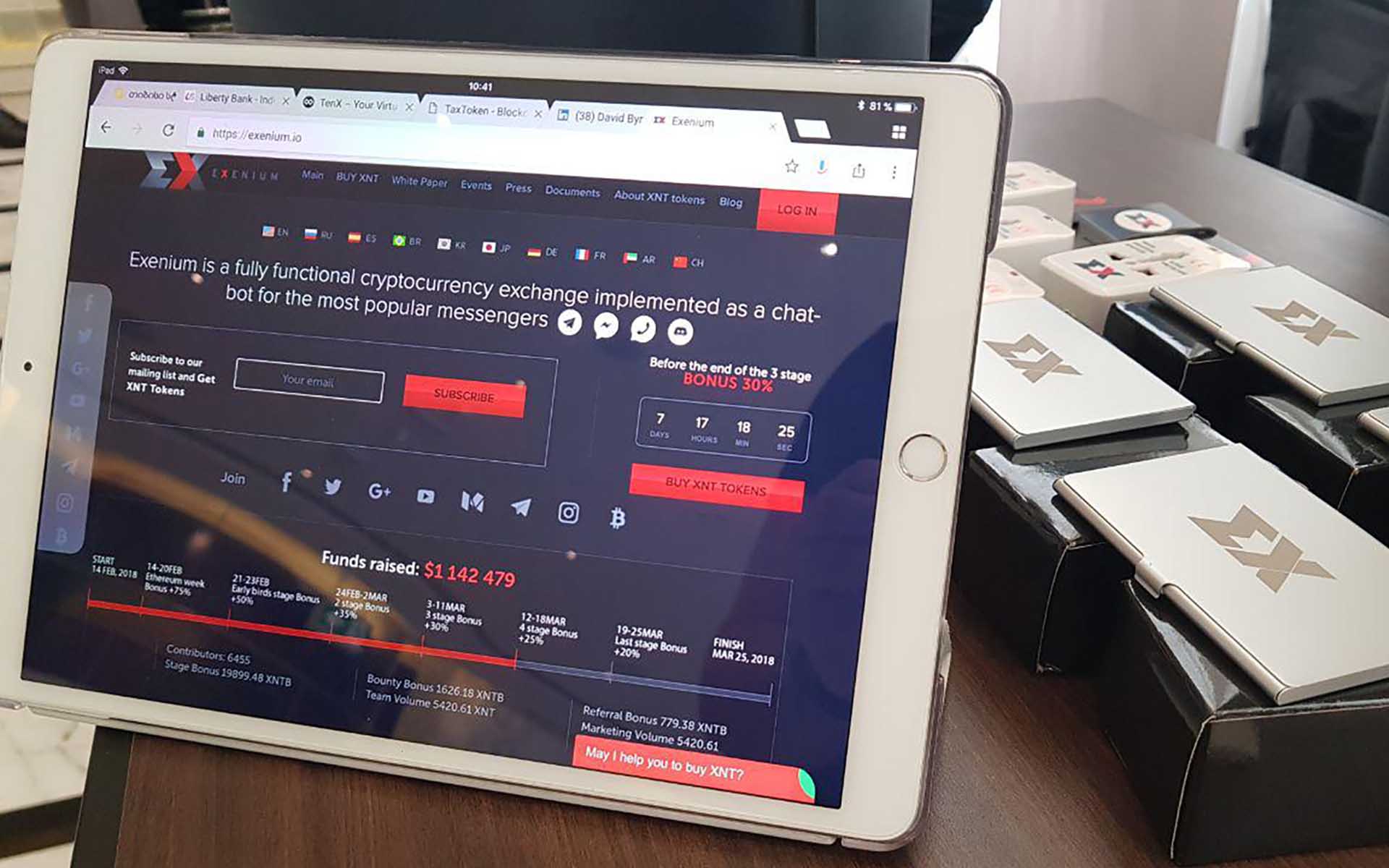 With dozens of stories coming out in recent weeks about exchanges getting hacked or losing user funds, many are looking for another place to trade their coins. Exenium is offering the most secure and intuitive cryptocurrency trading experience in the space.

The growing mainstream interest in cryptocurrency over the past few months brought millions of new users into the space, with most signing up on just a few of the available exchanges. Faced with record new user registrations and unprecedented trade volume, many exchanges were forced to halt trading to recover from the waves of newbies. Understandably, huge swaths of users were upset that they were unable to take advantage of changing market conditions.

Dozens of exchanges have come and gone, with a few leaving a lasting negative impact on the community, such as the Mt. Gox exchange. Some exchanges have even faced problems losing customer funds, most notably Bitgrail. Bitgrail had almost 17 million Nano (formerly Raiblocks) stolen from the exchange over a period of a few months.

Coinbase, the go to place for new users, has faced accusations about insider trading and scamming customers out of their funds. Some established financial companies such as Circle and Robinhood have released limited cryptocurrency trading, but they’ve yet to make any waves in the marketplace.

Exenium has built a fully functional messenger-based chatbot exchange. Taking advantage of the messenger interface hiding behind the chat program, the exchange is resistant to DDoS attacks that plague traditional exchanges. Attackers would have to first crack through the core of these messaging apps to get at the exchange itself. The platform can handle any number of concurrent users, along with up to 10,000 order requests per second. Thanks to the messenger interface, the platform can hold together against any sort of load.

Unlike many complicated exchange platforms, Exenium is built with the end user’s experience in mind. The platform integrates with most popular messenger applications, including Telegram, WhatsApp, and Facebook messenger. Additionally, the exchange is completely compliant with KYC and AML laws that many other exchanges struggle with. All fiat currency transactions are performed with the necessary licenses and permits from the countries in question.

To raise the funds needed to bring this platform to life, the team behind Exenium has chosen to launch a token sale. Many such token sales are launched well before the team has the project fully fleshed out, with flashy roadmaps looking to entice people into investing in a coin that has absolutely no real use. As a result, people are beginning to look at the ICO market as a scam. Exenium is different in that the platform is already nearing completion. 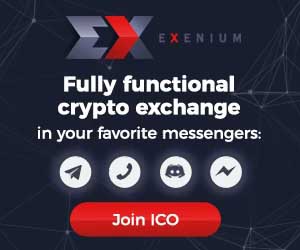 Investing in this token can offer big benefits for people worried about the falling prices of Bitcoin and other altcoins. The market has been looking unstable in recent months after the big crash in January and buying into a liquidity-guaranteed token could be a safe bet for digital asset investors.

Right now could be one of the best times to buy into the project, as investors will receive a generous 20% bonus on all tokens purchased. These tokens can be used for services on the exchange such as withdrawal fees, trading fees, and token listing fees.

If you want to play around with this bot to see what it can do, you can use the Telegram module here. To find out more about the platform, visit their website at exenium.io. To learn how to invest in the XNT token, you can find out here.

Which of Exenium’s features do you think will appeal most to users? Can a messenger-based crypto exchange be as full featured and more secure than a traditional exchange? Let us know what you think in the comments below.