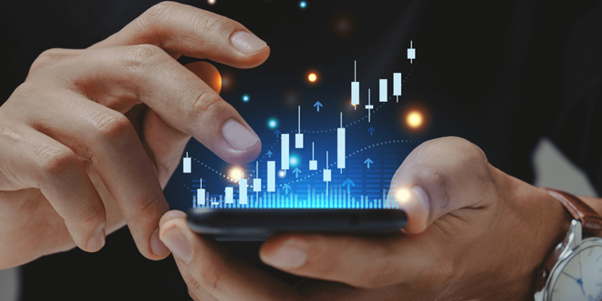 Expert Opinion: The Best Cryptos To Buy Now for 2023 Gains

The crypto markets are packed full of innovative new projects that can disrupt key global industries. From GameFi to DeFi, to NFTs, blockchain is home to an increasing number of technological advancements that make it a prime location for major investment returns, even with the current bear market.

For savvy crypto investors looking to uncover some of the hottest new crypto projects in the space during 2023, here are 5 of the best digital assets options right now:

Metacade is the number one best crypto to buy right now. It is the first community-driven arcade that, unlike most other GameFi platforms, will offer a vast range of different play-to-earn (P2E) games in a single location. The project aims to become the biggest on-chain arcade, incorporating both casual and competitive gameplay for a vast community of players.

As well as offering integrated financial rewards in many different arcade games, Metacade will offer an advanced incentive structure that pays the community for contributing to the platform. Users can earn the MCADE crypto token for creating content, sharing knowledge, and interacting with other members of the community, plus via traditional crypto rewards such as staking.

Metacade is also developing a crypto jobs board, as one of the project’s core aims is to provide a route into starting a career in Web3. The Work2Earn feature of the Metacade platform will connect crypto users with part-time and full-time opportunities at Metacade’s partner projects and can involve the chance to test out new arcade games before they are launched in the virtual worlds metaverse arcade. Another feature, launchpad, enables developers to get a kickstarted helping hand to their game projects, and coin owners can help decide which projects get funded, it’s kind of like a governance token.

Metacade is an ambitious project, and a key reason why it is the best crypto to buy now is that it aims to expand and connect the blockchain gaming user base. Its innovative earning mechanics can serve a useful function for many blockchain users, and the way in which Metacade delivers a single location to access a suite of decentralized services could lead to it becoming one of the most widely-used applications in Web3.

Metacade is also brand-new, which means that it has enormous upside potential from the current price level. The MCADE token was recently launched, with the first phase of the presale selling out rapidly. Metacade has also been attracting an increasing number of users to its community, as it has more than doubled its following on social media in the past month.

The MCADE presale is a rare opportunity to get involved in a high-potential crypto project in its earliest stage of investment. Other GameFi platforms have produced over 200x returns from this stage, and Metacade could rival some of the biggest names in GameFi over time. With its unique functionality and sky-high potential, Metacade is the single best crypto to buy right now. It can be purchased directly on the metacade site using ETH or USTD which is tied to real-world fiat currencies.

Polygon is the second-best crypto to buy right now, with a market cap of 8.8 billion. The network is a layer-2 scaling solution for Ethereum, which has struggled with scalability issues throughout its history. Polygon solves this problem and delivers low gas fees alongside high transaction throughput, which can benefit decentralized applications (dApps) in the Ethereum blockchain ecosystem.

Polygon not only solves the problem of scalability for Ethereum, but it also serves as a platform for building a full-fledged multi-chain system for blockchain technology. This is enabled by sidechains, which act as intermediary networks so that dApps can be deployed across a variety of EVM-compatible blockchains.

Polygon is open source and supports many existing tools in the Ethereum ecosystem, such as smart contracts wallets, block explorers, dApps, and DEXes. The network is also home to an increasing number of P2E crypto games, as the network’s low fees and fast transactions are well-suited to GameFi.

By solving a key drawback for Ethereum, Polygon has immense value within Web3. Developers can build on Polygon to improve the experience for their own blockchain users, and its innate EVM compatibility is naturally aligned with many top layer-1 blockchains, including Avalanche and Binance Smart Chain. Just like staking Ether on the Ethereum blockchain, you can also earn crypto rewards by staking MATIC.

MATIC is already a top 20 cryptocurrency by market capitalization and looks set to grow over the coming years, which makes it the second-best crypto to buy right now. After “The Merge,” Ethereum’s layer-2 scalability solutions are thought to become increasingly important for the ecosystem, and Polygon is well-placed to capitalize on the future growth of Web3 as a result.

The price of MATIC is currently $0.85. The token has held up relatively well throughout the crypto winter – where many tokens lost 90% of their value, MATIC is only 70% down from its all-time high. This is a promising indicator for long-term price action, with MATIC now the second-best crypto to buy for gains in 2023 and beyond.

Monero (XMR) is the third-best crypto to buy right now. It is a digital currency that prioritizes privacy and non-traceability. It was created with the intention of being used for secure purchases over the internet and has since grown to be a major name in the crypto space.

While all crypto assets use cryptographic technology to secure the blockchain, transactions can be traced back to individuals through know-your-customer (KYC) requirements. This is a key difference between Monero and many other crypto assets.  Monero utilizes advanced cryptographic technology to ensure that all transactions take place in an untraceable manner.

As a result, the Monero blockchain is one of the most secure methods of storing private data on the internet. Its distributed ledger system preserves user anonymity, and transactions can only be sent peer-to-peer, which some experts suggest is closer to Satoshi Nakamoto’s initial vision for the cryptocurrency than any other token.

Monero is one of the original cryptocurrencies to be developed and remains one of the top cryptocurrencies by market capitalization. Monero’s native token XMR is the third-best crypto to buy now because Monero has a strong security record and has continually processed cross-border payments on a round-the-clock basis since it was launched in 2014.

The XMR token, like MATIC, has held up well when compared with other major cryptocurrencies. XMR is down less than 70% and looks likely to reclaim its previous all-time high over the coming years. For now, XMR is worth $160. The token could start to gain momentum during 2023 as it targets a key resistance level at $290. This makes XMR one of the best cryptos to buy now.

Number four on the list of best cryptos to buy right now is The Sandbox (SAND) – an Ethereum-based platform for creating and monetizing digital experiences. The SAND utility token is used to purchase items within The Sandbox game world, interacting with non-fungible tokens (NFTs) and participating in the ecosystem’s governance.

The dynamic metaverse allows gamers and content creators alike to jump in on a network of interactive gaming experiences, quickly creating and monetizing their own games and content with The Sandbox’s suite of tools.

The Sandbox metaverse world is constantly expanding due to the platform’s focus on user-generated content (UGC), which easily enables anyone to build their own games without any prior programming experience.

The Sandbox metaverse delivers an immersive virtual reality experience that is fully customizable. It has become one of the most widely-used platforms in Web3 and makes the list of best cryptos to buy now as it continues to attract a significant number of users on a daily basis through bearish market conditions.

SAND was also one of the best-performing tokens during the 2021 bull market, rising over 200x from January to its November high. The native token SAND now sits at $0.50 and looks likely to breach the $10 mark in the coming years, which makes it one of the best cryptos to buy now for massive gains.

Aptos (APT) is a layer-1 blockchain that uses a proof-of-stake (PoS) consensus mechanism. It is the fifth best crypto to buy right now because it is a brand-new network that has an extremely high potential for the future. The platform can support the development of dApps which helps to expand the number of use cases for blockchain technology, and it can do so while supporting a vast amount of user transactions.

The PoS consensus mechanism delivers high transaction throughput at a low environmental cost. Aptos also processes transactions with near-0 fees, which helps to improve the overall user experience for blockchain dApps. The goal of Aptos is to create an environment where mainstream adoption of Web3 can flourish, as it is a next-generation blockchain solution that is highly scalable and secure.

The Aptos ecosystem is home to an increasing number of dApps, ranging from DeFi (decentralized finance) services to NFT digital art projects and cryptographically secured token wallets. As a new blockchain, Aptos burst onto the scene and rapidly became a top 100 cryptocurrency by market capitalization.

Aptos has been heavily backed by many major names in the Web3 space, including Binance Labs, Tiger Global, and a16z. It is gearing up for expansion, which makes it one of the best cryptos to buy right now. As a next-generation blockchain ecosystem, it has immense growth potential over the coming years.

The Aptos native token APT was launched in November 2022, which means that it is yet to benefit from a crypto bull market. In more favorable conditions within cryptocurrency markets, APT is expected to enter price discovery and could rival other major layer-1 blockchains such as Ethereum, Solana, Avalanche, and Cardano. For this reason, APT is the fifth-best crypto to buy right now. It can be purchased both through either a centralized or decentralized cryptocurrency exchange

The best crypto to buy right now is Metacade

Without a doubt, the best crypto to buy right now is Metacade. The presale could be one of the biggest investment opportunities of the year, as the native token MCADE looks set to skyrocket upon completion of the event.

The token was launched at just $0.008, but this price is rising. The presale will see MCADE increase to $0.02 per token with a limited number available at each stage, which gives early participants in the MCADE moon train a limited time only to get involved. Make sure to check out MCADE for a 200x investment opportunity in 2023 and beyond.

You can participate in the Metacade presale here.