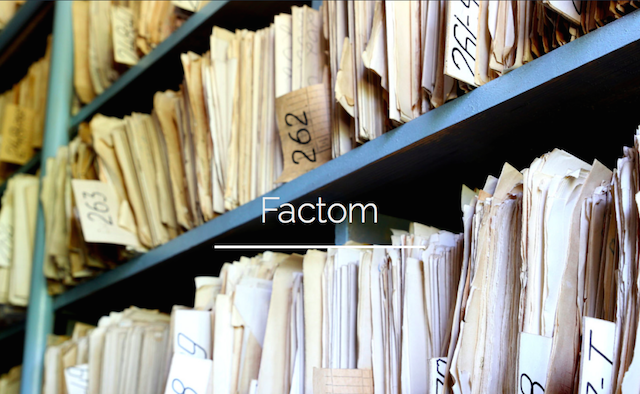 Factom to have a working product by end of year.

by Alberto Mata
in News
0

Factom to have a working product by end of year.

Revealed on October 27, Factom hopes to have a working product with API calls by the end of the year. Factom blocks and chains are already operational and running. Peter Kirby, Factom President, was interviewed by Rob Mitchell on The Bitcoin Game Episode #2 where Kirby talks about Factom, its progress, and timeline.

“Factom is a protocol on top of blockchain which gives us the ability to make faster, more cost effective, and bloat-free transactions,” says Kirby. It solves three problems with Bitcoin — confirmation times are slow, making thousands of transactions is costly, and block size is too small for writing thousands of transactions. Targeted at Bitcoin 2.0 applications, Factom makes it less expensive to build applications on top of blockchain that can store lots of data while leaving minute footprints and executing secure transactions in just seconds.

Factom will be used to prove documents existed. It will not store private documents, but Factom will store a hash that proves the document existed at some point. Proof of document existence can help keep organizations like banks stay honest because a document paper trail will exist securely on the blockchain.

“Bank of america recently paid 17 billion dollars in fines because basically they lost track of the chain of records of mortgages — what that lead to was them taking peoples houses that they probably should not have…What Factom allows somebody like Bank of America to do is prove to the courts… that that stuff existed and was correct at the time of recording. A whole lot of court cases begin with — alright lets pull out the system record and decide who owned what when. And that’s what you’re trying to put into a third party trust-less system,” says Kirby.

Factom is a decentralized application as defined by David Johnston’s whitepaper on DApps . It is open source, decentralized, driven by a token that captures value, and has a consensus mechanism. Just like Bitcoin rewards miners to run the Bitcoin system, Factom rewards people for running the Factom system.