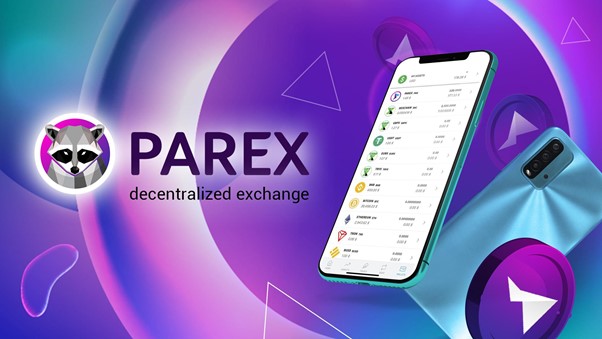 Fast, secure and interoperable, Parex is the new decentralized exchange to look out for

The official launch of Parex, a new decentralized exchange with an in-built PRX token unique to the mining production mechanism is announced . Developed in response to the costly and often ethically dubious state of centralized finance, Parex promises to offer a secure, fluid and accessible platform like no other.

Before Parex, teams had to develop and operate proprietary indexing servers, which required significant engineering and hardware resources, while breaking important security properties required for decentralization. The opportunities of decentralized networks like Parex offer solutions to these issues. So what sets Parex apart? Increased interoperability, a community-oriented ethos, and an environmentally friendly mining method.

The Parex production network is processed with the DRC-16 protocol and designed to build bridges with many networks thanks to Proof of Interoperability. Indeed, the Proof of Interoperability mechanism ensures that the PRX token is an interoperable token in every network. Every inter-network transfer is possible thanks to Parex Market. Switching between networks can be done for a low fee and with high efficiency, facilitating transfer routes for PRX. There is a balance between all networks, including Polygon, BEP20, Ethereum, Polkadot, and Avax, among others.

Tokens and transfers are produced directly and autonomously by all PRX users: unlike other decentralized exchanges, this one is community-led. It functions like a WEB3 project, modernizing more traditional tokenization, transfer and mining systems. Speaking of mining: PRX is the most valuable long-term method as it is environmentally friendly and balanced against inflation. Concretely speaking, Parex Market updates the mining system through a more ecological approach, known as burning. As soon as the PRX token is sent to production, it is burned and falls out of circulation. It continues its existence as a community-oriented project to overcome all difficulties. This burning algorithm ensures a sustainable and environmentally friendly exchange, lasting many years. The current PRX Burn Percentage stands at 86.84%. Furthermore, Parex is currently set to lead many projects in the developable smart contracts ecosystem.

Parex Market also does not neglect to contribute to the blockchain ecosystem. In this regard, it allocates a fund of $75M. Funds are provided to projects that want to develop DeFi, Metaverse and Web3 projects in-house. More than 300 applications were submitted. Projects benefiting from the fund will be announced soon.