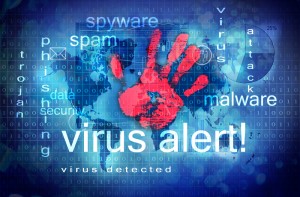 Ransomware is becoming increasingly popular with hackers and cyber criminals. The ability to lock down an entire system and render it useless until a ransom has been met is quite powerful. Ransomware often requires payment in a method that is irreversible, allowing the criminals to keep any payments they received unless they are caught of course. The FBI has warned that companies might not be able to get their data back unless they pay the ransom or have backups in which they can restore the system to. Cryptolocker was incredibly prevalent for a year but was replaced by Cryptowall, a very strong form of ransomware.

Joseph Bonavolonta, the Assistant Special Agent in charge of the CYBER Counterintelligence program made a statement at the Cyber Security Summit of 2015: “The ransomware is that good. To be honest, we often advise people just to pay the ransom.”

Ransomware is often acquired through malicious web ads that start automatic downloads and leads to a complete lock down of systems through strong encryption that the FBI is having trouble breaking. Because of the difficulty of breaking the encryption, most institutions affected end up paying the ransom, often hundreds of dollars. Because so many people are willing to pay the ransom, the criminals keep the profit from individual victims relatively small. Most ransomware criminals do give users access to their systems if the ransom was paid. While there is often little the FBI can do, they still want to receive calls and information about the ransomware to conduct more research and potentially work towards a solution. The lesson of the story is to always backup data to a point in which it can be restored. For companies with proprietary systems, this is even more important.

What do you think about Ransomware? let us know in the comments below!

There’s never a dull day in the cryptocurrency world. The latest curious proposal to come out of the space is from an unlikely candidate. A nominee for CME Group’s board of...

With market data showing a range of conflicting signals, one analyst has now made a bold prediction that Bitcoin will soon see its largest price collapse in over a year. Whereas...

It’s troublesome times for everyone right now, not least for miners. But as Bitcoin experiences its second-largest drop in mining difficulty at 15.95%, miners have started abandoning...