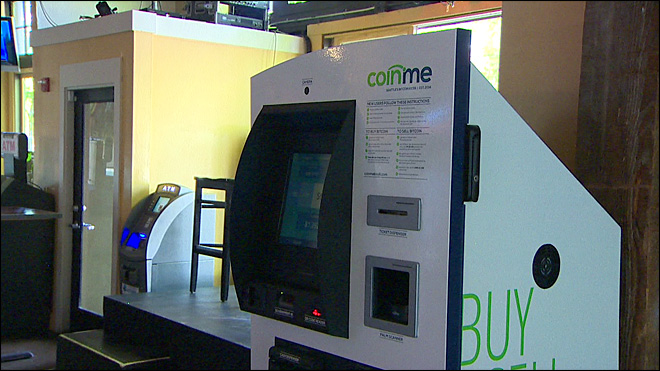 SEATTLE — The first Bitcoin ATM has arrived in the northwest. Seattle-based Coinme fired up the ATM for public use Thursday afternoon at the Spitfire Grill in Belltown.

The ATM was built by Robocoin, the main distributor of nine other Bitcoin ATMs scattered around the world, including one in California and another in Texas.
It’s not your typical ATM, because this one allows users to buy or exchange Bitcoins for cash and vis versa.  New users will need to go through a five minute process to set up an account.  After that, users will just need to remember their registered phone number, a pin number and use their palm for verification to use the ATM.

Transactions are limited to $3,000 per day. The volatile virtual currency has been trying to remain relevant despite recent claims of security issues that have driven the exchange price down to its current level of $4,50 from a November high of $1,000 for one Bitcoin.

Coinme says their Seattle ATM is the first officially licensed Bitcoin ATM in the U.S.  But don’t expect to get the current world wide exchange rate. You’ll get less than the current exchange rate plus there’s a five percent transaction fee.

Coinme says users are paying for the convenience of doing the exchange instantly rather than waiting for days using online exchanges.