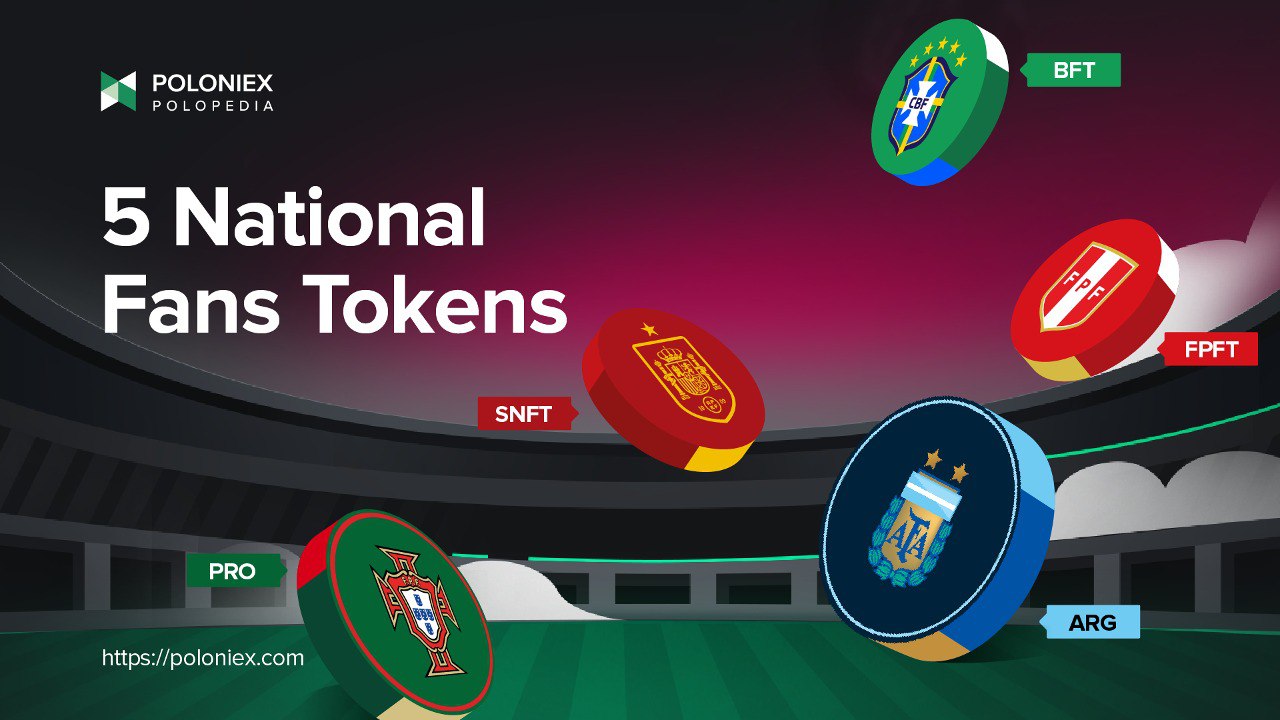 The Qatar 2022 World Cup is just around the corner and football fan tokens are already making the rounds. Fan tokens made their first appearance in the crypto space back during the COVID-19 lockdowns of 2020. But out of these, national fan tokens have proven to be a fan favorite as the competition draws closer. Here are five fan tokens issued by the national football teams that you should pay attention to.

The popularity of fan tokens has been a while after the emergence of COVID-19 as many events and matches at the national, regional, or international level have been postponed or canceled, which has a great impact on revenues, according to Polopedia, the education base launched by Poloniex. Although most of the fan tokens were issued by domestic and regional football clubs, some of them were issued by the national football teams. Below please find the popular fan tokens chosen by Analytics Insight.

The Portugal National Football Team (POR) is built on the Chiliz platform which has seen tremendous growth in the past couple of weeks. The Portugal national team features national and international football superstar Cristiano Ronaldo and has inspired support from football fans around the world. POR already boasts a $14 million market cap with a fully diluted value (FDV) of $85 million.

The Argentine Football Association (ARG) is a national fan token for the Argentinian football team with a solid community behind it. Also built on the Chiliz platform, the token has grown to be one of the largest fan tokens at a $22 million market cap and a $120 million FDV. Since superstar footballer Lionel Messi plays for this team, the token has benefited from the rivalry between Messi and Ronaldo, pushing both tokens higher as each community tries to outdo the other.

The Spanish national team is known around the world for its ferociousness in the field and its national token, Spain National Fan Token (SNFT), has followed the same path. Built on the Bitci platform, the token has followed an aggressive growth trend, reaching an all-time high of $0.8 in September. The fan token is currently sitting at a $7.2 million market cap, making it a low-cap gem, and a potential star of the 2022 World Cup.

Brazil remains one of the toughest teams to beat in the World Cup and its national fan token carries on that legacy. It is the second-largest fan token in this list with a market cap of $21 million. At a maximum supply of 100 million, the FDV of BFT sits at $70 million, a close rival to the ARG. Similar to the SNFT, the BFT is built on the Bitci chain, reaching its all-time high price of $1.71 in September as well.

Last but not least is the Peruvian National Football Team Fan Token (FPFT). The Peruvian national team is rapidly becoming a recurring appearance on the radar of football fans, so its fan token has followed the same growth rate. The most important thing about the FPFT is the fact that out of all the tokens on this list, it carries the most potential for growth because it is still below a $1 million market cap. Once the World Cup starts, tokens like FPFT will no doubt see a lot of adoption among sports fans as they try to maximize the gains on their investments.

In October, Tron (TRX) announced that it had partnered with the government of Dominica to issue a fan token, named Dominic Coin (DMC),

in an effort to promote the heritage and tourism of the island. The token will be built on the Tron blockchain, which was named Dominica’s “designated national blockchain infrastructure.” Further details are yet to be made public regarding the development of the fan token but Dominica’s Prime Minister Roosevelt Skerrit said in a statement that it will play a vital role to bring “Dominica into the global economy in the future.”

Poloniex And The World Cup

To make the World Cup an even more memorable and exciting experience for fans worldwide, the Poloniex crypto exchange has launched the “World Cup Carnival” to enable users to trade for a chance to share in a $100,000 prize pool.

To partake in the first $50,000 prize pool, users will have to register and log in to the Poloniex platform, and then earn Fan Token Badges to increase their chances. Badges can be earned by logging into the promotion page every day, trading 100 USDT in spot and 200 USDT in FOOTBALL perpetual futures and Chiliz (CHZ) contracts, inviting friends to trade at least 100 USDT in spot and 200 USDT in FOOTBALL futures and CHZ contracts, and through interactions with the official Poloniex Twitter accounts and events.

The second $50,000 prize pool is for users to predict the results of the World Cup. Once the matches start, Poloniex users will be able to predict the winner for each match which earns them points, with $10,000 in prize pool money being up for grabs with each match round.