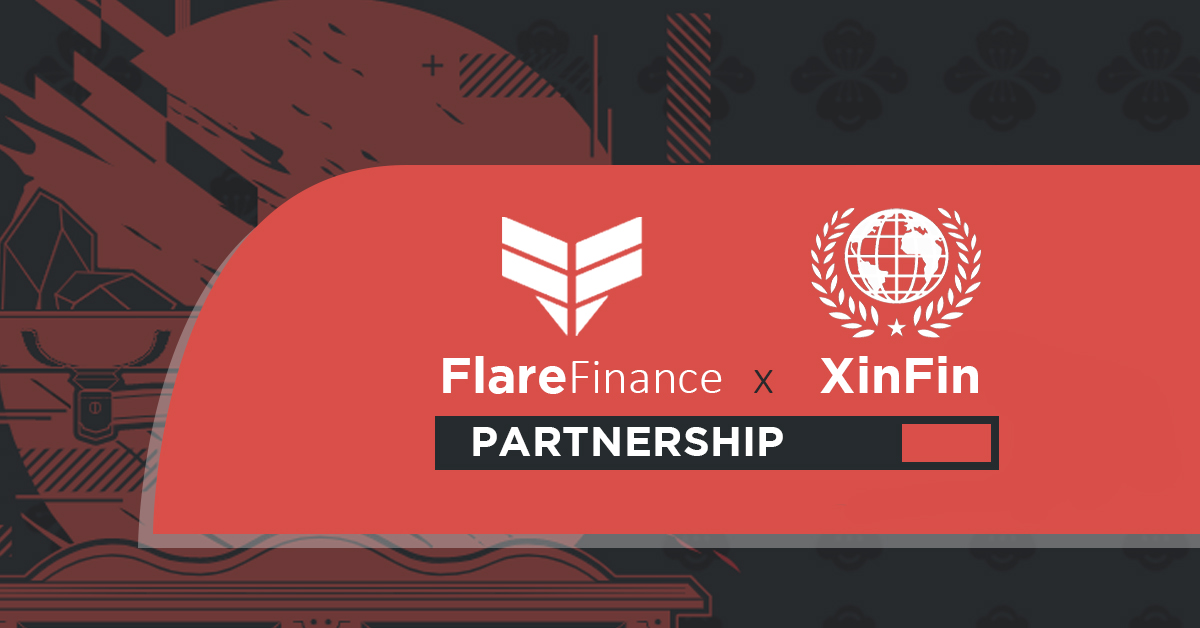 Flare Finance to Integrate XDC Across All Products

In a massive development, Flare Finance has announced that XinFin Network’s native token XDC will be integrated across all its products. Flare Finance will list XDC against all its F-Assets which at this point in time include FDOGE, FXRP, FADA, FALGO, FLTC, FBCH and FXLM. With FlareWrap integration, XDC would be bridged to Flare Network, while a bidirectional bridge would enable tokens on Flare Network to be minted onto the XinFin Network. This would make both the networks truly interoperable.

Besides, XDC will also be listed on FlareMutual allowing people to pay for coverage with XDC and provide coverage in the form of XDC. By participating in FlareFarm, XDC holders will all be able to stake and earn yield in YFIN. Projects developing on XDC will have the opportunity to use Flare Finance launchpads for future token and project launches. With such impactful developments, it is easy to miss that Flare Finance is yet to launch. Even before launch, Flare Finance is already being considered as a top contender for the best DeFi platform.

Flare Finance is being developed on Flare Network and is a separate entity. Flare Network is a distributed network running the Avalanche consensus protocol adapted to the Federated Byzantine Agreement and leveraging the Ethereum Virtual Machine. Flare Network recently raised $11.3M led by several investment firms and private individuals such as Vinny Lingham, Litecoin founder Charlie Lee, Do Kwan, and others. Flare Network is unique as it derives network structure from its underlying integrated networks.

Flare Finance will become the first DeFi platform on the Flare Networks ensuring all the unlocked value can be utilised and holders rewarded. XinFin Network, on the other hand, is focused on enterprise-ready hybrid blockchain for trade and finance. The mainnet has already been running for the past couple of years. XinFin Network is being considered a viable option against Ethereum which has problems pertaining to higher gas fees. XinFin Network with its capacity of 2000 TPS is capable of completing a transaction in less than 2 seconds with negligible fees.

Flare Finance has been taking huge steps towards ensuring interoperability and cross-chain ecosystems. Such integrations don’t just integrate two chains, it brings communities together. FLR, XLM, LTC, XRP, ALGO, ADA, SHIB, BNB, CAKE, CEL, TEL, SANSHU, and DOGE are already poised to become a part of the Flare Finance ecosystem. The potential value that Flare Finance will unlock once it is launched seems huge. With several DeFi platforms competing to become the best and most preferred platform, Flare Finance appears to be well-positioned to make things competitive.