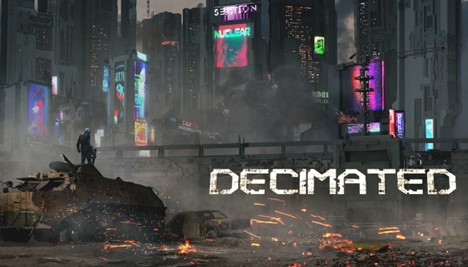 The company is focused on creating multiplayer games that are compatible with PC, console and mobile. Its most prominent project thus far has been the popular ‘Decimated’ game, which is being designed with a web3 layer using Solana.

The game, which is set in a post-apocalyptic world that has fallen to ruin due to an environmental crisis, is a 3rd person RPG metaverse with cyberpunk inspiration. Players can choose either PvP or PvE mode and have to salvage resources, battle against authoritarian police and survive the hellscape that Earth has become.

With these universally-loved themes and amazing in-game visuals, Decimated has proven to be popular with fans and critics alike. Famously, Decimated won the Best Blockchain Game award at the Crypto Games Conference in 2019, and more awards in recent years. It’s trailer was featured on the IGN YouTube channel, which is one of the most influential in the gaming sector. Within a few days, it had racked up over 80,000 views on the IGN channel and over 85,000 on the main Fracture Labs channel, bringing its total view count to over 165,000 views

With this latest funding round, even more development can be made to the game, with the Fracture Labs team revealing that it will be leveraging UnrealEngine 5 for this. This comes just after Decimated received the EpicMegaGrant from Unreal Engine to further its efforts.

On the team end, Fracture Labs announced an expansion, with its team growing to over 47 members. This team is at the helm of the Decimated community, which is over 140,000 followers strong and more than 20,000 in their discord community.

DIO, the native token of the Decimated universe, has also seen significant progress recently. It is already listed on several exchanges such as Raydium, Gate.io or Huobi but has even more listings on the way. The DIO staking pool went live on 27th July 2022 following the claim portal launch. This portal is the vesting portal specifically created for Vlaunch winners and investors and is where they can manually claim their DIO tokens.

The NFT Marketplace is due to launch in the run-up to the game launch, which will include in-game vehicles, weapons, apartments, and shops that players can leverage within the game. In the future, Decimated will be opening as a platform for user-generated content, giving content creators and modders the ability to sell their own vehicles, weapons, apartment and character customizations as NFTs.

If you are interested and want to jump in early, you can:

Fracture Labs is a blockchain-focused videogame company that is dedicated to creating multiplayer games for a number of different mediums. The team behind Fracture Labs has been involved in the production of many top games including Playerunknowns Battlegrounds, Cyberpunk 2077, Injustice 2, Sniper 3 Ghost Warrior, Star Citizen, Batman Arkham Origins, Evolve, and many others.