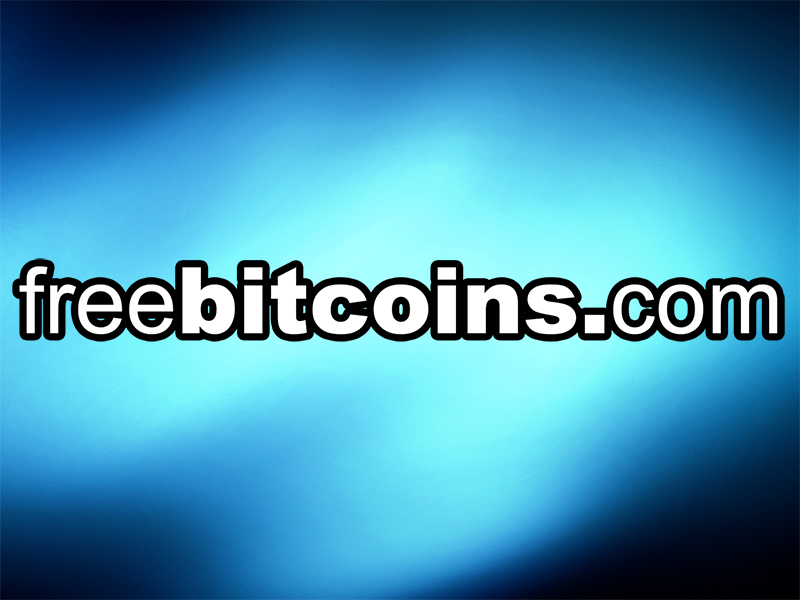 FreeBitcoins is a new website giving away Bitcoins to the first million visitors, giving anywhere from Satoshis to a full Bitcoin. To receive Bitcoin, all users have to do is join the website by supplying an email. Once signed up, they are briefly sent an email that includes a unique link to access your account.

When at the web page itself, you are rewarded 25 Bits for every day you revisit the page. On top of this, you can do tasks that will earn you more Bitcoins that involve:

Moreover, many other activities that give you anywhere between 5-35 bits.

FreeBitcoins is optimistic about their ability to spread Bitcoin awareness to people, telling Bitcoinist that “Freebitcoins.com name is non-threatening to people who may be hesitant to get into Bitcoin . . . we see ourselves as a champion for wider bitcoin adoption.“ They aim to make Bitcoin easy for newcomers to access by “[taking] the technical and financial barriers away that would typically hold people back from getting into Bitcoin.”

FreeBitcoins is based out of Austin, Texas, employing a full time team to run the website and make sure the bitcoins get sent to visitors. The website has only been open for a couple days, but it has already seen as substantial amount of traffic, receiving feedback from several hundred users. The team expects to reach their goal of one million visitors by April, and they say that they are fully prepared to give out bitcoins to that many people.

Bitcoinist was able to talk to Lukas Gilkey, the Co-Founder and owner of  FreeBitcoins.com, and asked him a question regarding how he see FreeBitcoins and what the current status of FreeBitcoins was.

How do you think freebitcoins will spread Bitcoin to people that are new to Bitcoin? How much Bitcoin has been given out currently; what is the current status of FreeBitcoins?

I believe the Freebitcoins.com name is non-threatening to people who may be hesitant to get into Bitcoin. We do our best to take the technical and financial barriers away that would typically hold people back from getting into Bitcoin. We also enjoy helping people who are already involved with Bitcoin get more, for free. We see ourselves as a champion for wider bitcoin adoption, and we are putting money where our mouth is.

The site has been open to users just a couple days now, and we have gotten some fantastic feedback from the first couple hundred people who started using it. Today will be the first day we start randomly giving out a whole free Bitcoin to a lucky user in addition to the rewards available on the site.

The current status of freebitcoins.com is that we are a registered company in the US and based out of Austin, Texas. We have a full-time team who is focused on getting bitcoins into the hands of as many people as possible. We are fully expecting to reach one million users by the end of April and are prepared to give free bitcoins to that many people. We believe that Freebitcoins.com is the easiest way in the world to get bitcoins. You can have real Bitcoins in less than 30 seconds for simply entering your email to create an account.

Are you looking for some free Bitcoins? Do you use FreeBitcoins? Let us know in the comments below!