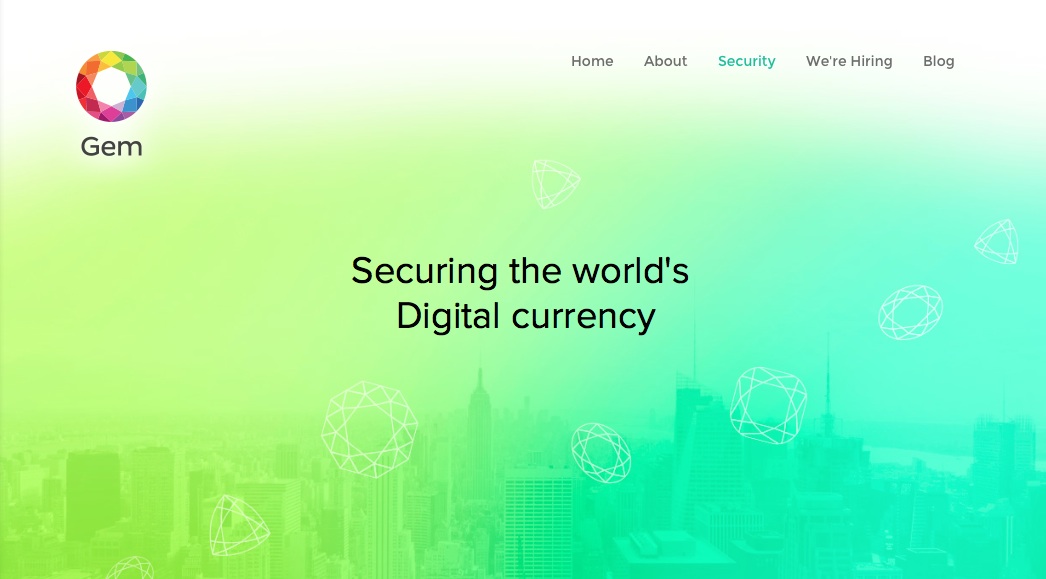 Gem first previewed their unique, security-focused developer API for Bitcoin applications at TechCrunch Disrupt’s Startup Battlefield. The Venice, California-based startup revealed that their mission was to create an easy way for developers to build new Bitcoin applications and for consumers to stay in full control of their funds.

Their unique API comes with multi-sig and hierarchical-deterministic (HD) wallets, two new technologies that are widely considered to be vast improvements in Bitcoin security. With normal Bitcoin addresses, there is one private key needed to move the bitcoins; with multi-sig, you need two private keys (and possibly more depending on the setup). HD wallets allow people to use multiple public keys with only one private key. On top of that, they offer two-factor authentication built into their API.

Gem takes their implementation of these technologies to a new level by putting the consumer in full control. With Gem’s multi-sig wallet, there are three private keys, and you need two out of those three to send the funds. Gem gives you two, meaning you can always move your keys, and if Gem is compromised, your coins will still be safe. Other multi-sig APIs on the market retain two of the private keys and only give you one key. 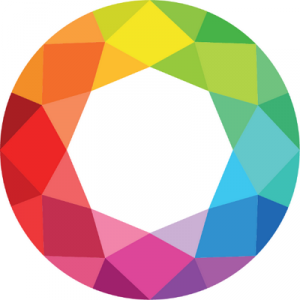 “There are thousands of Bitcoin apps with many more currently in development, but none of them will resonate with users unless they are secure and easy to use,” said Gem COO Ken Miller. “2014 was a monumental year for legitimizing bitcoin as a currency.  2015 should be the year it becomes mainstream; however, crucial to its wide adoption and advancement is trusted in its security, and we’re excited to provide that security to expresscoin and all other apps and services.” 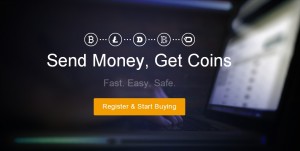 “Keeping our customers’ funds safe while allowing them full control and manageability of their coins is our number one priority,” said Expresscoin CEO Will Wheeler. “Gem’s cutting-edge platform offers our customers the security and flexibility they desire and allows us to focus on providing a superior service.”

On January 15, Gem announced their first partnership with a major Bitcoin company. Expresscoin, an altcoin exchange, will be using Gem’s API to give all of their costumers HD and multi-sig wallets. Now users will be able to trade darkcoin, bitcoin, litecoin, blackcoin, and dogecoin with wallets they are in full control of.

“Expresscoin has gone out of their way to increase access to bitcoin as much as possible, which is in line with our philosophy of making Bitcoin security easy for developers. From the very beginning, we wanted Gem to empower digital currency companies to focus on building great user experiences, instead of focusing on infrastructure,” said Gem CEO and founder Micah Winkelspecht. “Partnering with expresscoin, one of the industry’s most prominent digital currency retailers, is the next big step in showcasing how seamlessly Gem’s API can integrate into other apps and services while maintaining the level of security consumers demand.”

Expresscoin previously had no wallet on their exchange, because they did not want to be put in a position where customers would lose their funds if the exchange was hacked. The ability of customers to retain control of their coins sold Expresscoin on the Gem API.

This partnership comes fresh off the heels of another Bitcoin exchange, BitStamp, changing over to multi-sig after being hacked. The Slovenian-based exchange was robbed of more than five million dollars worth of Bitcoin when a hacker broke into their hot wallet (a wallet connected to the internet) and stole about 10 percent of all of the business’ bitcoins.

The company turned to Bitcoin API provider, Bitgo, who implemented a new system two days after the hack. Now, all of BitStamp’s users are using multi-sig wallets by default. In a blog post, the BitGo CEO & Co-Founder Will O’Brien wrote, “Today is a proud day at BitGo. Bitstamp has partnered with BitGo to integrate multi-sig security and relaunch its exchange. This [partnership] represents more than just an exciting new customer for BitGo; it is a watershed moment for the industry, demonstrating that Bitcoin is here to stay and the days of MtGox are well behind us.”

Gem and its competitor, Bitgo, represent a new industry focus on security, and thus multi-sig. 2014 was called the year of the multi-sig, but now that 2015 is bringing real world implementation of multi-sig, adoption is finally gaining real steam. BitStamp was the first major exchange to adopt multi-sig and now expression; with so many APIs available, we could see more of the industry adopting it.

Do you use multi-sig to secure your Bitcoin? Let us know in the comments below!

Images courtesy of Gem and Expresscoin.