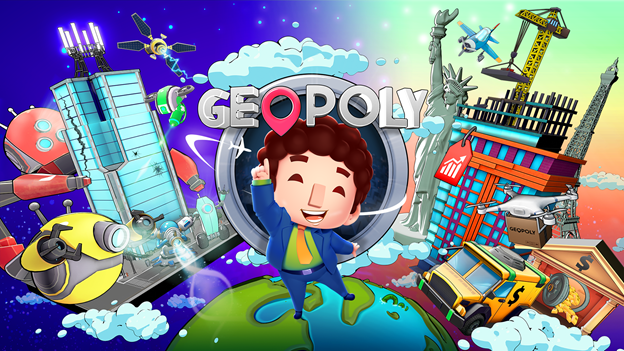 GEOPOLY has now completed its hard cap founding in a private round. The geolocation economic simulator game has seen increased interest given its real-world applications. This adoption saw the project raise $3 million in just 48 hours.

GEOPOLY presents the opportunity for users to invest in the largest capitalist game in the world. Using the game, users can buy, rent, sell and invest with a goal to expand a business and generate as much revenue as possible. Users are able to interact with the game both off and on-chain on the Polygon blockchain using an Android app – with iOS and Web versions expected to launch soon.

In GEOPOLY, all users start from scratch. The game allows users to buy, sell, upgrade, and rent real life businesses globally. However, all of these have to be built from the ground up by the players. Like a true capitalist market, users will be competing with other business owners. Some will be kind and benevolent, but others will not be.

GEOPOLY Taking Off In Style

GEOPOLY was first launched on mobile three years ago and has had an impressive run since then. When the game debuted during its soft launch, it gained recognition from the Apple LatAm team which selected it as 1 of the 4 most innovative games on the iOS ecosystem for the region.

The project was also selected in 2019 to participate in the Global Google Indie Games Accelerator. This accelerator had over 1,700 applicants from across 37 countries vying for a spot where only the best of the best were chosen.

The game has grown to become the largest capitalist mobile game in the market. GEOPOLY was selected by four of the major launchpads in the crypto space including Seedify, Enjinstarter, Poolz, and Trustpad. Reaching $3 million hardtop in 48 hours is the latest in the list of achievements for the project.

On top of this, GEOPOLY has confirmed its INO with Moonstarter, scheduled for December 10th.

Roadmap For The Future

GEOPOLY has successfully launched its website and Whitepaper. Going forward, the project has begun community building with an NFTs pre-sale planned for December 12.

The GEOPOLY token is also set to launch in this timeframe, which users will be able to use within the game. GEO$ tokens will enable users to buy, upgrade, and sell businesses as NFTs on the web and on-chain layer. While players will be able to rent and upgrade businesses using soft and hard currency that can be purchased with FIAT on the mobile and off-chain layer. GEO$ tokens will list on centralized exchanges in January of 2022.

PvP (player versus player) prototype launch, auctions, and release candidate are scheduled to take place in 2022, mapping out a busy year ahead for the team.

The public TGE (Token Generation Event) will take place on December 15th on SushiSwap and is open to everyone.