Bitcoin is a booming business in the United Kingdom, assuming one knows how to play their cards right. Gift Off, a company specializing in selling gift cards for Bitcoin, recorded an all-time high turnover in February of 2016.

Gift Off Turnover Is Impressive 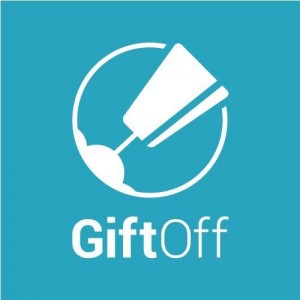 Cryptocurrency enthusiasts in the United Kingdom will have heard of Gift Off before, as this Norwich-based online shop sells gift cards in exchange for Bitcoin payments. Up until this point, the company has sold close to GBP2.1m worth of gift cards, of which over GBP200k was processed last month.

Considering how Gift Off is focusing on various gift cards, it seems there is a growing demand for buying these cards with Bitcoin. Plenty of Bitcoin users are on the lookout for gift cards, especially when it comes to everyday shopping purposes. HS Samuel, one of the available options,  is not exactly your run-of-the-mill store, but they have an appeal to Bitcoin users who are looking to buy rings and jewelry.

This is not the first venture for Gift Off co-founder Rusty Nash, as he sold Amazon gift cards in exchange for Bitcoin in the past. However, that business model was not as scalable as he wanted it to be, which is why he went into business as Gift Off. Interestingly enough, Amazon now supplies gift cards to this UK company at a discount, allowing for higher profit margins.

Given the limited number of use cases Bitcoin offers to the average consumer, there is a significant opportunity when selling gift cards in exchange for Bitcoin. To cover the costs of obtaining the cards itself, Gift Off converts their Bitcoin at one of the many UK exchanges, converting the necessary funds to Pound Sterling.

The success of this Norwich-based company has not gone by unnoticed, as Gift Off is currently rounding up investments, which has resulted in over GBP30,000 being raised so far. It is impossible to deny the success this business has had so far, and projections indicate yearly revenue could increase by as much as 130% compared to 2015.

What are your thoughts on the success of this company? Would you run a similar business in your country? Let us know in the comments below!

Images courtesy of Gift Off, Shutterstock