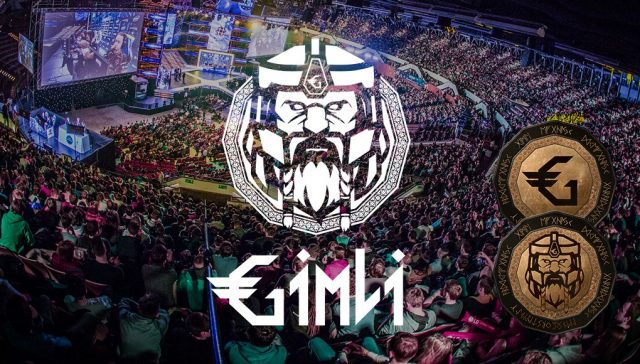 Built on the Ethereum blockchain, Gimli is the decentralized application for live stream bets and interactions, including votes, donations and tournament prize pooling.

The platform empowers streamers by enabling them to connect directly with their audience,
increase and control novel revenue opportunities. The Gimli founders have teamed up with world renowned streamers with more than a million followers and top level pro gamers, including world champions, to create a world class team of 14 people​.

The market for eSports streaming is vast and fragmented. Up to 500 million viewers watch video game
tournaments worldwide and tens of millions tune in to watch major events, but before Gimli there were no decentralized and open platforms to connect streamers and viewers.

Gimli allows viewers to interact with one another and with streamers during live streams which are
broadcast through leading streaming platforms like Twitch and YouTube Gaming. Streamers can set up
bets, receive tips, organize surveys among other new and powerful ways to interact with their audience
through the versatile Gimli token (GIM).

Relying on the blockchain to host its application, Gimli gives full autonomy, transparency and control to
the streamers and users, contrary to existing platforms. The smart contracts that compose the working
alpha version of the Gimli backend can be tried out at http://demo.gimli.io.

An experienced team with strong partnerships

Gimli is an experienced international team, backed by a group of tech advisors, streamers and partners inthe pro gaming community, with a solid network of marketing experts and influencers.

Gimli’s streaming partners are already followed by a cumulative total of more than 1 million people on
Twitter, with more coming on board every week. The dev team includes the head developer from the
Counterparty platform, the world’s first decentralized exchange, which was launched in 2014, as well as
the co-founder of the Alexandria project.

A novel and viral propagation model

Gimli users need GIM tokens to use functionalities and place bets during a stream. Streamers are the
ones who set up Gimli the way they want to entertain their audience, and receive the GIM fees. They
benefit from Gimli and will spread its adoption to hundreds of millions viewers worldwide.

The Gimli crowdsale of tokens

GIM tokens are ERC20 compatible, and will be listed in several exchanges shortly after their creation.
Gimli is launching a crowdsale of Gimli Tokens (GIM), to be announced soon. Gimli expects to raise
funds via an Ethereum crowdsale contract, with several blockchain experts advising the team.