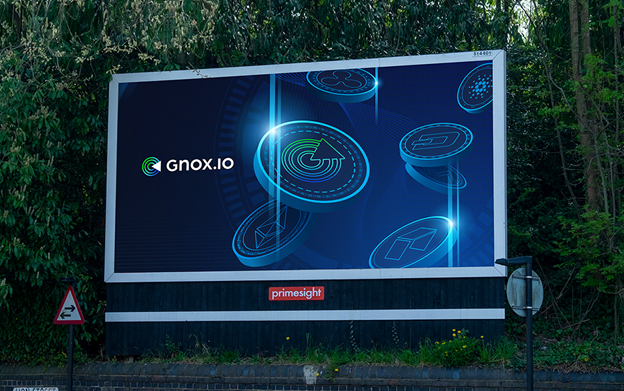 Gnox (GNOX) Could Be The Most Likely To Make Early Investors Rich, Rather Than Buying Evmos (EVMOS) Or Chiliz (CHZ)

If you’re looking for an easy way to get rich quickly, Gnox might be the opportunity you’ve been waiting for. This new cryptocurrency has been making waves lately, and its price has skyrocketed even only in presale. Gnox is still relatively new and unknown, which means there’s a lot of growth potential. So, if you’re thinking about investing in a new crypto gem, GNOX might be the better option than buying Evmos (EVMOS) or Chiliz (CHZ). Why?

While the bear market is hitting hard on most cryptocurrencies across the market, GNOX seems to be an exception. Freshman Gnox, built on a fast and scalable Binance Smart Chain, offers innovative yield farming as a service, meaning it guarantees investors steady monthly passive income flow in stablecoins.

Gnox applies buy-and-sell tax to each GNOX transaction, a portion of which goes to the treasury and is invested in different liquidity pools.

The treasury’s deployment strategy will be put to vote by the community. Although each investor will have a unique risk tolerance and financial outlook, a democratic vote will decide the outcome. After the vote, the treasury will be used in whichever protocol or tactic the Gnox holders decide upon. Based on the votes, the community will either take a low-risk, medium-risk, or high-risk course. As a result, the APY will be adjusted to reflect the chosen strategy.

GNOX has significantly performed during the presale rounds. With the price increment by 63% only in the first presale and further growth expected by the end of the second one, GNOX is believed to offer you a fast and easy way to quit your daily job and enjoy the passive cash flow. Thus, GNOX’s concept is simple as it sounds: the longer you hold, the higher profits you generate.

The first Ethereum Virtual Machine operating on Cosmos that is compatible with cross-blockchain connectivity is called Evmos. Evmos is based on the Tendermint Core consensus engine and was constructed using the Cosmos SDK.

Simply put, Evmos duplicates the Ethereum network at a lower cost and faster speed. Additionally, all applications will now be able to communicate with one another.

However, most specialists prefer investing in Ethereum due to EVMOS’s unpredictable future. The token price has decreased mainly during the bear market, with trading volume dropping too low. While the idea of Evmos is enough reason to raise adoption, it is not built to generate quick & easy returns, like, for instance, Gnox.

With a native token of CHZ, Chiliz is the most popular digital currency for sports and entertainment.

Although the concept of Chiliz is intriguing, the protocol is primarily intended for a particular group of football enthusiasts. Therefore, although the use case can be beneficial, CHZ can’t be the first option to rely on in terms of raising capital.

Early supporters of the GNOX Protocol already hold over a 60% return on investment as GNOX is near the conclusion of the presale phases. So, it appears that the protocol is worthwhile for further investigation.